First James Bond gets cancelled, then Peter Rabbit. What's going on with all the big movies being shunted around the release calendar?
In a word, coronavirus.

You mean they got sick?
Not exactly. But the COVID-19 pandemic is causing major ructions in the world of entertainment – and cinema especially.

How so?
In another word, China. 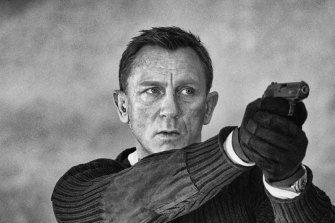 Daniel Craig appears for the fifth and final time as James Bond in No Time to Die – with rumours his character may even be killed off.Credit:Nicola Dove

Say what?
Since the coronavirus emerged in early January, the Chinese cinema business has virtually disappeared. Last Lunar New Year – their equivalent of our Boxing Day weekend – the Chinese box office take was $US500 million. This year it was just $US2 million – a whopping 99.6 per cent drop. In February, about 70,000 movie theatres were ordered to close right across China. Even when some cinemas in Beijing were given permission to open recently, it was with strict conditions, such as tickets being sold only for alternating rows of seats (on the basis that a little distance is your friend when it comes to airborne infectious droplets). By early March, industry estimates put losses in China from the virus north of $US2 billion. That's more than one-fifth of last year's entire Chinese box office.

So what's this got to do with James Bond?
Well, this is no time to release No Time to Die, because China is crucial to its success.

Please explain.
When the first Daniel Craig Bond film, Casino Royale, was released in 2006, the Chinese share of its box office was 1.85 per cent, and it has steadily risen with each new instalment. By the time Craig's fourth outing, Spectre, was released in 2015, China's share was close to 9.5 per cent.

Even if the virus hadn't been bent on taking over the world like a supervillain on heat, Bond's release strategy would have been shaken, not stirred. Marketing and associated costs for a film like this are in the hundreds of millions of dollars, so the studios want to get maximum bang for that buck by rolling the title out everywhere at once. Craig was even scheduled to visit China as part of the global media blitz, but that plan was quickly shafted once the disease took hold. 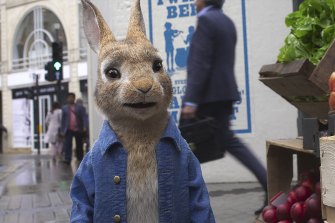 At least it wasn’t myxomatosis: Peter Rabbit 2 has also been delayed by coronavirus.

Still, the virus is spread by "close contact" with an infected person, which government guidelines define as meaning "greater than 15 minutes face-to-face or the sharing of a closed space for more than two hours with a confirmed case".

So, if I only go to see movies that run 90 minutes or so I should be fine?
Look, we're not doctors. But given a choice between the 1995 Dustin Hoffman flick Outbreak (two hours and seven minutes) and Matt Damon's 2011 drama Contagion (one hour 46 minutes), we know which one we'd be choosing.