The moment Real Housewives of Beverly Hills fans have been waiting for has finally arrived — and it didn’t disappoint. Brandi Glanville told Kim Richards, Kyle Richards and Teddi Mellencamp about her alleged hookup with Denise Richards during the Wednesday, July 22, episode of the Bravo hit.

Former ‘Real Housewives of Beverly Hills’ Stars: Where Are They Now?

“I just think you guys need to be careful with her because she’s not who she pretends to be. What you see is not what you get,” Brandi began before telling Teddi that Denise doesn’t like her “at all” and has said “horrible things” about her. “It was just mean. … Apparently she doesn’t like anyone. She doesn’t like [Lisa] Rinna either. She’s like, ‘Erika is a coldhearted bitch.’ But then she’s around you guys and she’s like, ‘Why do they all want to fight with me?’”

Brandi, who was visibly nervous, noted that Denise is open with her because she “has something on her.” She then dropped the bombshell about their alleged hookup. 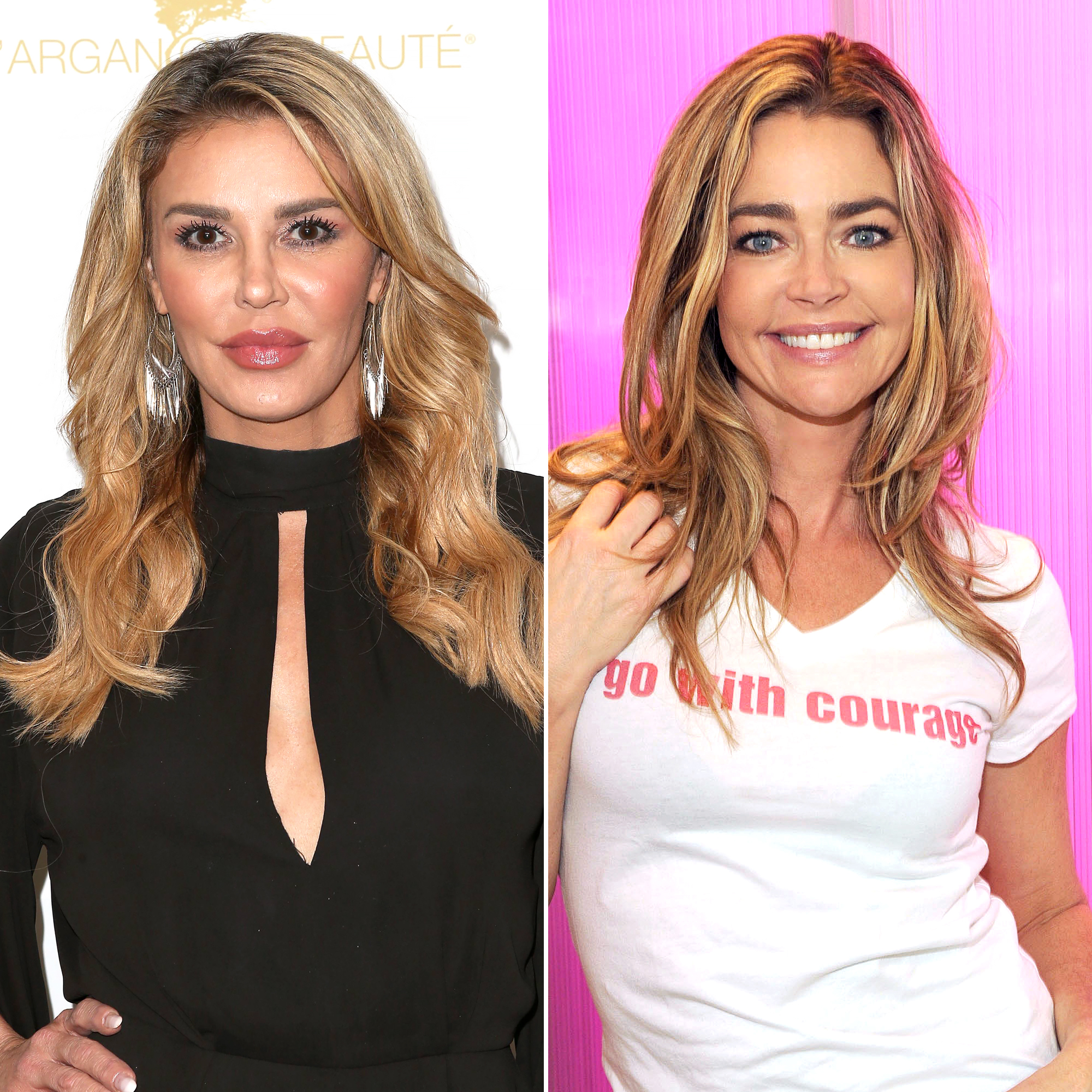 “I saw her in April and then I didn’t see her again until your party and some s—t went down over those nine months that was — it’s really f—king bad,” Brandi said. “I had been out with her and Aaron [Phypers] and I knew that they have, like, an understanding, like she could be with girls if she wanted to. … The first night we met, something happened.”

The Drinking and Tweeting author alleged that the two women made out after getting “completely wasted.” According to Brandi, Denise wasn’t “with” Aaron at the time. However, in April 2019, Denise allegedly invited Brandi to visit her on set in Northern California and they had sex.

“I went and I was going to get my own room, but Denise said, ‘No just stay here. It’s fine. I’ll get you a rollaway bed,’” Brandi explained, noting that Denise’s daughter 15-year-old daughter, Lola, was also on the trip with a friend. “There was no rollaway bed. … And so I just slept in the bed with Denise.”

Brandi then alleged that she and Denise “hooked up” after drinking together again.

“I don’t want you guys to judge me. … I’m bisexual, everyone knows that. My kids know that,” Brandi said. “I was uncomfortable. The kids were downstairs and we were in the loft and there was no door. And I just couldn’t get into it. The next day, Denise said to me, ‘No matter what you do, you just can’t tell Aaron. He will kill me.’ And I’m like, ‘What the f—k is happening right now?’”

In her confessional, Brandi said she didn’t want to be a “cheater” like her ex-husband, Eddie Cibrian, who had an affair with his now-wife LeAnn Rimes.

“I would have never slept with Denise if I thought that Aaron was not OK with it,” Brandi said in her confessional. “He knew I was going out of town with her. He knew we had made out before. There was no question in my mind that Aaron wasn’t OK with all of this.”

Brandi revealed she had a “breakdown” and “felt horrible” after the incident. The two women didn’t talk until the night before Kyle’s party in November 2019.

“She heard that Kim was hanging out with you guys and she was worried. … She was like, ‘You haven’t told anyone anything, right?’” Brandi explained to Kyle, Kim and Teddi. “Now she’s calling me and telling me all this s—t about Erika, s—t about [Teddi] and I’m going, ‘Who is this crazy person?’”

In the promo for the July 29 episode of RHOBH, fans see Teddi tell Denise about Brandi’s claims during their group trip to Rome. A rep for the Wild Things star previously denied that Denise had a sexual encounter with Brandi. The actress also served Brandi with a cease and desist letter.