Team Brandi or Team Denise? Brandi Glanville took to Twitter after the Wednesday, July 22, episode of The Real Housewives of Beverly Hills to insist she is telling the truth about her past alleged relationship with Denise Richards.

“Literally on both my boys lives I’m not f—king lying !” the 47-year-old Celebrity Big Brother alum tweeted, referring to sons Mason, 17, and Jake, 13, whom she shares with ex-husband Eddie Cibrian. “Why don’t we ask our mutual agent !!???” 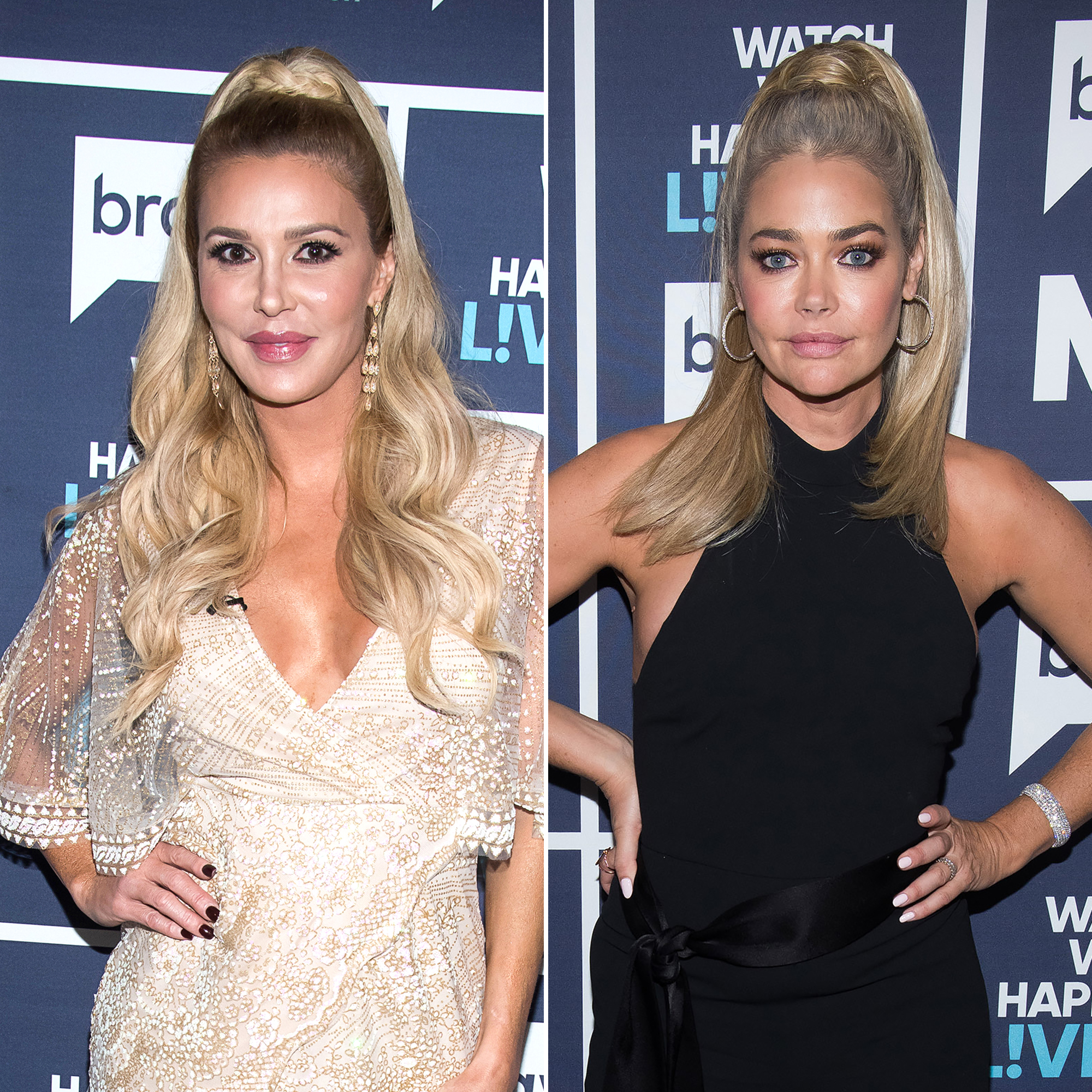 In a second tweet, she added, “IM NOT F—ING LYING – just keep watching.”

Brandi also responded directly to several viewers, including one fan who wrote, “I like you Brandi but do you need money so much that you would betray a confidence for a TV show?”

The Drinking and Tweeting author quipped back, “Yes, I honestly held my tongue for 9 months we hooked up twice she completely f—ked me over.”

Brandi detailed her alleged relationship with Denise, 49, to Kim Richards, Kyle Richards and Teddi Mellencamp on Wednesday’s episode, claiming they had sex during a trip in April 2019.

“I don’t want you guys to judge me. … I’m bisexual, everyone knows that. My kids know that,” Brandi said, noting that Denise’s 15-year-old daughter, Lola, was also on the trip with a friend. “I was uncomfortable. The kids were downstairs and we were in the loft and there was no door. And I just couldn’t get into it. The next day, Denise said to me, ‘No matter what you do, you just can’t tell Aaron. He will kill me.’ And I’m like, ‘What the f—k is happening right now?’”

In her confessional, Brandi said that she “would have never slept with Denise” if the actress’ husband, Aaron Phypers, wasn’t “OK” with it.

“He knew I was going out of town with her. He knew we had made out before,” she said, noting she “hates” cheaters as her ex-husband had an affair. “There was no question in my mind that Aaron wasn’t OK with all of this.”

Inside the Dramatic ‘RHOBH’ Season 10 Reunion: Everything We Know

While Brandi has claimed several times that Denise and Aaron have an “open marriage,” the couple, who wed in 2018, have dismissed the accusations. The Wild Things star has also vehemently denied that she hooked up with Brandi and sent her costar a cease and desist letter to shut down the allegations.

A source told Us, meanwhile, that Denise and Aaron are “solid” as the drama plays out on Bravo.

“They’re better than ever. They are really great together,” the source said. “They’re unbothered by upcoming RHOBH story lines or any speculation about their marriage.”