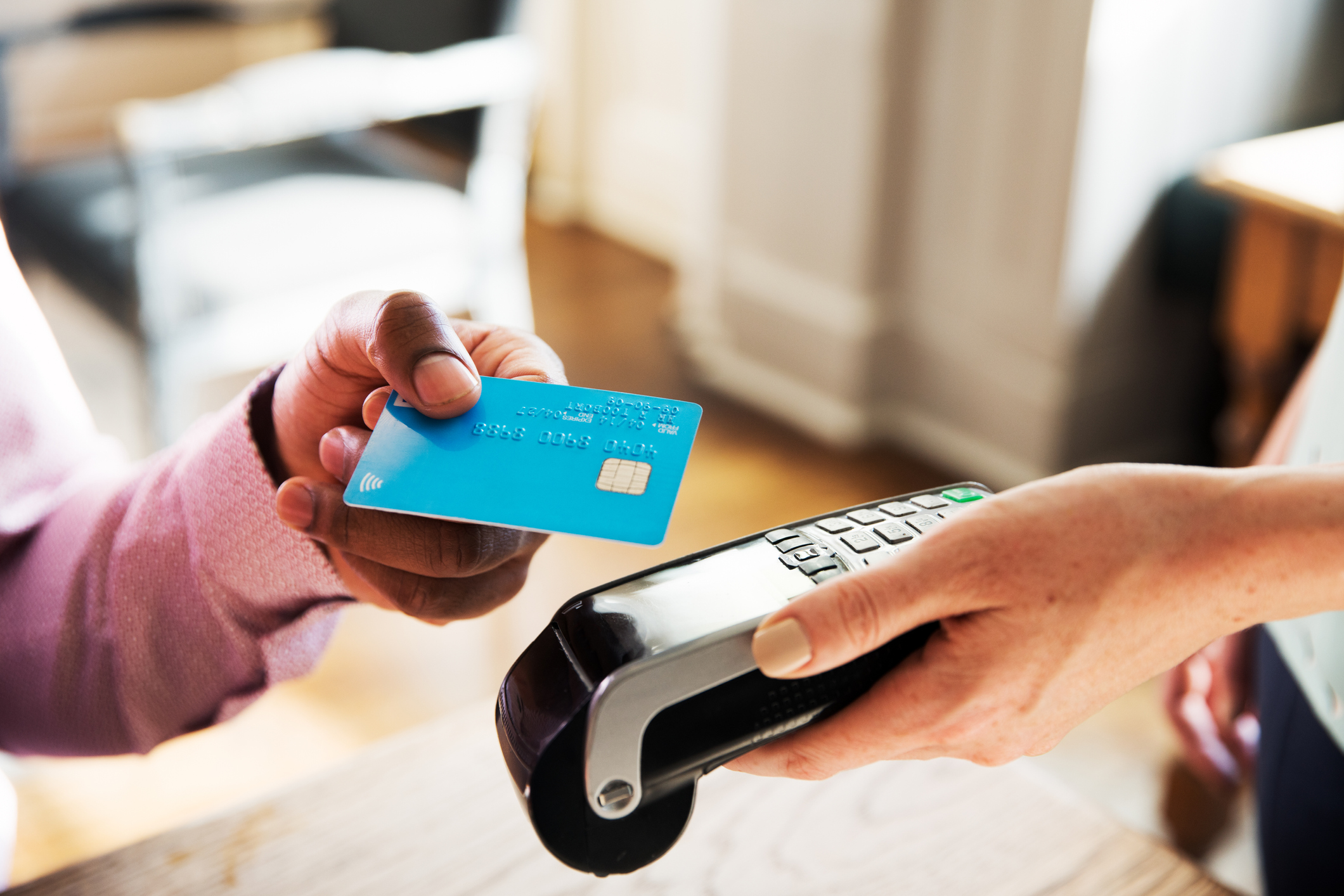 When did you last pay with cash?

While some of us still like the feel of a crisp £10 note between our fingers, statistics show increasing numbers of people are choosing to pay with a card or device rather than with physical money.

Only 17% of payments — fewer than one in five — are now made with cash, with the majority being made by credit or debit card.

With bank branches closing and free cash machines also being withdrawn, some people believe cash will become unnecessary in several years’ time, with all transactions carried out digitally.

However, while the majority of society is becoming increasingly comfortable with contactless and digital payments, studies also show that vulnerable people, including the elderly and those on low incomes, are more likely to use physical money.

‘Cash is still vital to so many people,’ says Nick Quin, head of financial inclusion at cash machine network Link.

‘Millions of people are choosing new ways to pay but, last year, on average, every adult in the UK still withdrew almost £1,500 from cash machines across the country.’

For those who still want to use cash, one of the biggest barriers is a dwindling infrastructure that allows cash withdrawal and spending.

Bank branches have closed around the country while, increasingly, stores prefer not to take cash because it is problematic to maintain a float of coins when there is nowhere to pay them in.

The number of free ATMs across the country is also falling, meaning it is harder to withdraw cash without penalty.

Several initiatives have been launched to help those of us who still need access to cash, including the beginning of a network of ‘banking hubs’ across the UK.

A collaboration between high street banks, charities and small business partners has ensured that when a community faces the closure of a core cash service, such as a bank branch or ATM, its needs will be independently assessed by Link, as Britain’s major ATM network.

From this summer, communities themselves will also be able to request an assessment.

This may lead to a new cash machine being installed to serve a community, or a banking hub being opened that will offer shared services.

Natalie Ceeney, who chaired the Government’s Access to Cash Review, is in charge of the new hubs and says that they are ‘an important step to support people and small business’.

There are already hubs running in Cambuslang on the outskirts of Glasgow and Rochford in Essex, with five more on the way.

‘Importantly there is now a commitment to make sure everyday high streets continue to have access to cash,’ she says. For businesses that are struggling to accept cash, there are other new services on the way. Chris Forero-Slee is the founder of Shrap, a change card service that was piloted late last year.

With this service, shops can allow customers to pay with cash but issue change on to a free ‘Shrap card’ which can then be used like a gift card in local stores. This stops businesses having to maintain a float of coins.

Forero-Slee says the card is aimed at removing the ‘snowball effect’ of cash abandonment by businesses.

‘As more shops in an area decide not to take cash, the overall use of cash declines. This makes facilities that support cash unsustainable — things like bank branches, ATMs and cash processing centres. Once these are gone, the cost and hassle of cash handling increases for all local businesses, resulting in more and more going cashless, and so the cycle continues,’ he says.

‘With Shrap, banknotes and change can recirculate freely within the community, regardless of access to a bank, without the high fees and the inefficiencies.’

Cash use in uncertain times

At times of global uncertainty, such as with the situation in Ukraine, cash use tends to rise.

While we’re currently only seeing queues at ATMs in Russia, as consumers try to withdraw their cash, we may see more reliance on physical money in the UK, too, due to fears about cyberwarfare and strain on the banking infrastructure.

While one globally seismic event, the Covid-19 pandemic, saw cash use abandoned, it may be that a second one, the Ukraine crisis, sees cash’s star begin to rise again.

Whatever your view, it is prudent, for now, to ensure that those who want to use cash can spend it, withdraw it and deposit it as they wish, even if there is a cost to maintaining the infrastructure.

Cards/digital vs hard cash: The pros and cons

There are advantages and disadvantages to a cashless society, with the Government currently recommending that we fight to keep cash for those who need it. Here’s how the argument breaks down…

Plus points of going cashless

For many people, cash is becoming increasingly unnecessary. John Howells, chief executive of the Link ATM network, says cash use has been declining for decades but Covid ‘turbocharged’ the process.

During the acute phases of the pandemic many people stopped using cash for fear it could harbour germs, while retailers were advised to use contactless payments for safety reasons, leading to a large number of retailers that did not accept cash.

Figures from the Bank of England show that almost half of people surveyed in July 2020 had visited a store where cash was not accepted in the previous six months. The same question had been asked six months earlier, when only 15% gave that answer.

The increase in the contactless payment limit to £100 has made it easier than ever for us to pay with cards without even tapping in a PIN, and many people simply pay using their mobile phones.

A recent study suggested that 80% of us have at least one card stored on our smartphones to make payments with. Almost half (46%) would leave their homes without cash, happy to rely instead on using their phone to make payment.

Even older generations are becoming more comfortable with cashless payments, with 68% of people surveyed who were aged between 60 and 70 preferring to go cashless, although only a quarter of this age group (compared with 67% of those in their twenties) were happy leaving their homes without any cash at all.

‘I don’t think anyone would have predicted that around two thirds of 60 to 70-year-olds would prefer cashless methods,’ says Jess Canning from Buymobiles, which carried out the cash survey.

Paying with cards can give people extra security, too, especially when shopping online.

Figures show that around a quarter of people now pay in stores and online shops with a credit card, which gives them extra protection if the item is not as described, or if the retailer goes bankrupt.

Drawbacks of a cashless society

Despite the fact that we all used less cash to pay for things during the pandemic, the value of all the banknotes in circulation actually rose, according to the Bank of England. That is partly because, in times of uncertainty, many of us feel safer with physical cash than with digital platforms that could be hacked or simply stop working.

The Bank, which carried out a study into the role of cash during the pandemic, says that this is ‘consistent with the role it has played throughout history as a safe asset in times of uncertainty’.

Cash is also important for many older and more vulnerable people, and for those who are struggling to budget.

‘For those on tight budgets, fixed incomes and who may not have access to a smartphone, cash remains really important,’ says Natalie Ceeney, who chaired the Government’s Access to Cash Review, aimed at ensuring people continue to get the cash access they need.

‘It can make it easier for people to budget, stay in control of spending, and get help from loved ones in managing shopping and other financial decisions — all things that can be much more difficult when you’re struggling with your mental health,’ he says.

British cash use in numbers

Percentage who use cash as first-choice payment method

The total withdrawn from cash machines last year, compared with £81billion in 2020

If you want more tips and tricks on saving money, as well as chat about cash and alerts on deals and discounts, join our Facebook Group, Money Pot.