BRYONY FROST  is busy gazing out over Exeter racecourse, her voice galloping away as she details the obsessive native of her love for her sport.

On that same track, Frost’s brother Hadden once suffered a horrific fall that saw him airlifted to hospital. 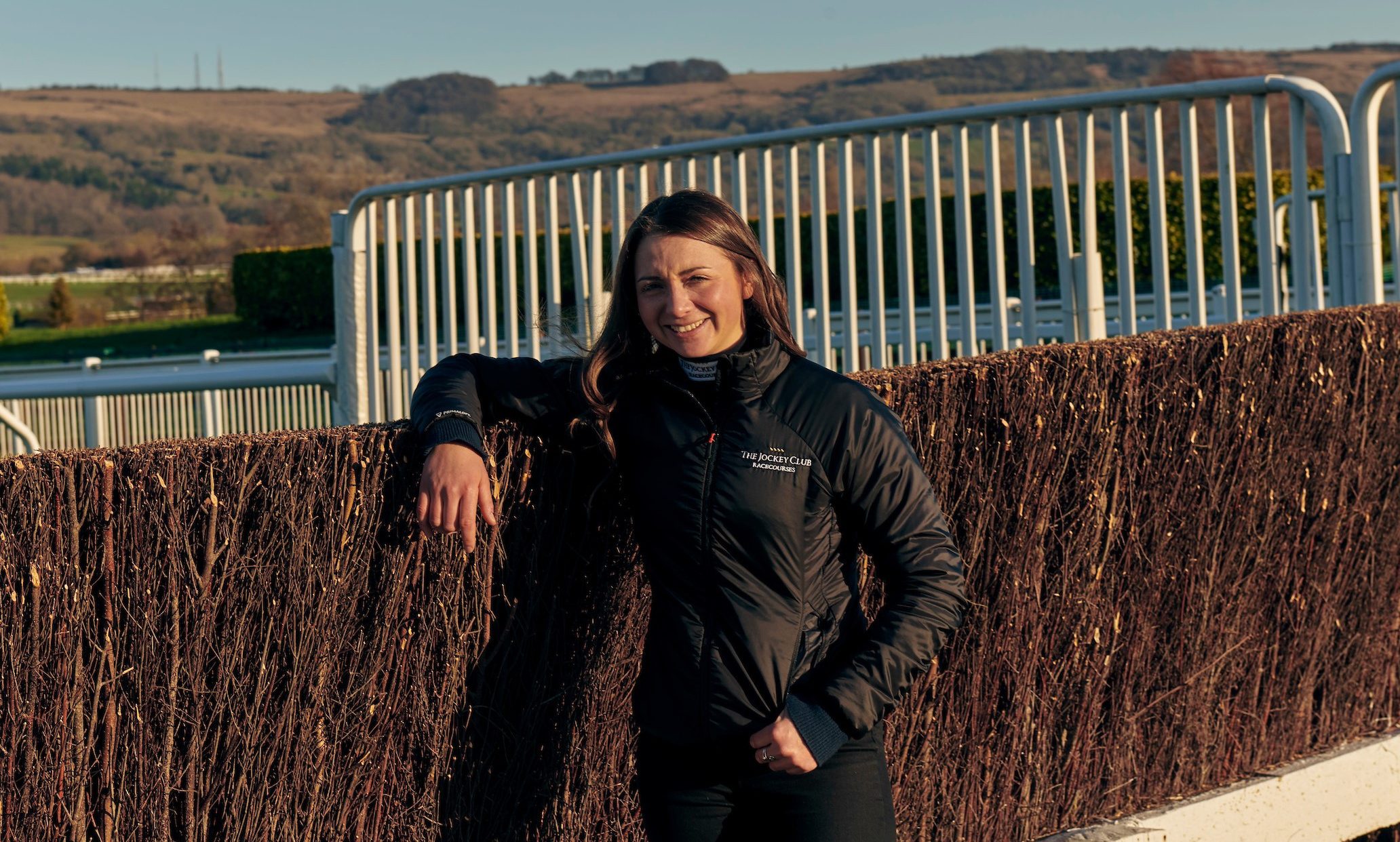 And her second cousin, Sarah Gaisford, has been paralysed from the waist down ever since she broke her back out there.

Frost, who illuminated Cheltenham last year by becoming the first female jockey to win a Grade 1 race over jumps at the Festival, is about to go and compete.

“People ask me ‘Is racing worth the risk of maybe not being able to walk one day?’” she says.

“And if it is allowing my heart to beat this fast, then absolutely it is.

“Just before you go out, you feel your heart come through your chest.

“Hadden had a terrible fall here. He didn’t have feeling in his legs for about two hours. And he told me ‘if you want to do this, it’s got to be worth this feeling of lying here in this hospital bed’

“My whole family were trying to scare me away from jump racing but it didn’t work. Another family member, Sarah Gaisford, was paralysed from the waist down but now she plays wheelchair tennis for England.

“As a family, we’ve probably got a funny head on us.

OFFER OF THE DAY – BETFAIR

New Customers get a £20 free on the Exchange if your first bet loses. 18+ T&C's apply Begambleaware.org. BET NOW

“But there is no better feeling than flying over a fence or hurdle.

The horse’s body is half a tonne of opinion, he is the most magnificent athletic machine, and our minds and bodies have to be in absolute sync, we can’t miss a beat.

“Your emotions are high, you and your horse riding off exactly the same adrenaline buzz, that’s why you do it.”

Before her triumph in the Ryanair Chase last year, Frost was sidelined for four months after she was trampled on by a horse at Newton Abbot, leaving her with damage to her liver and pancreas.

That led to an aneurysm, which ‘got serious for a minute’.

“I hit lows during that time,” she says, “I was fumbling around in the dark, I wasn’t getting up in the morning.

“I wasn’t coping with being around racing but not racing myself — and if my head wasn’t well there was no way my body could be well.

“So I took myself completely out of the world I knew, to do training and rehab in Miami.”

You don’t get the impression Frost is ever down too long. She even takes the positives from a life threatening bout of septicaemia suffered as a 15-year-old.

She said: “It allowed me to lose my puppy fat. I  would actually go through that again if I had to because without I don’t think I could have prepared my body well enough for my career without it.”

Frost’s victory on the Paul Nicholls-trained Frodon, swiftly followed by blind owner Andrew Gemmell triumphing with Paisley Park in the Stayers’ Hurdle lit up the Thursday of last year’s Cheltenham.

“I was abuzz like everyone when Paisley Park won,” says Frost, “They called it the ‘golden hour’ and to be part of it was pretty cool.

“It wasn’t until a couple of months later that I properly met Andrew and we said ‘can we do it again?’ We both shrugged our shoulders and said ‘let’s see how it goes’. 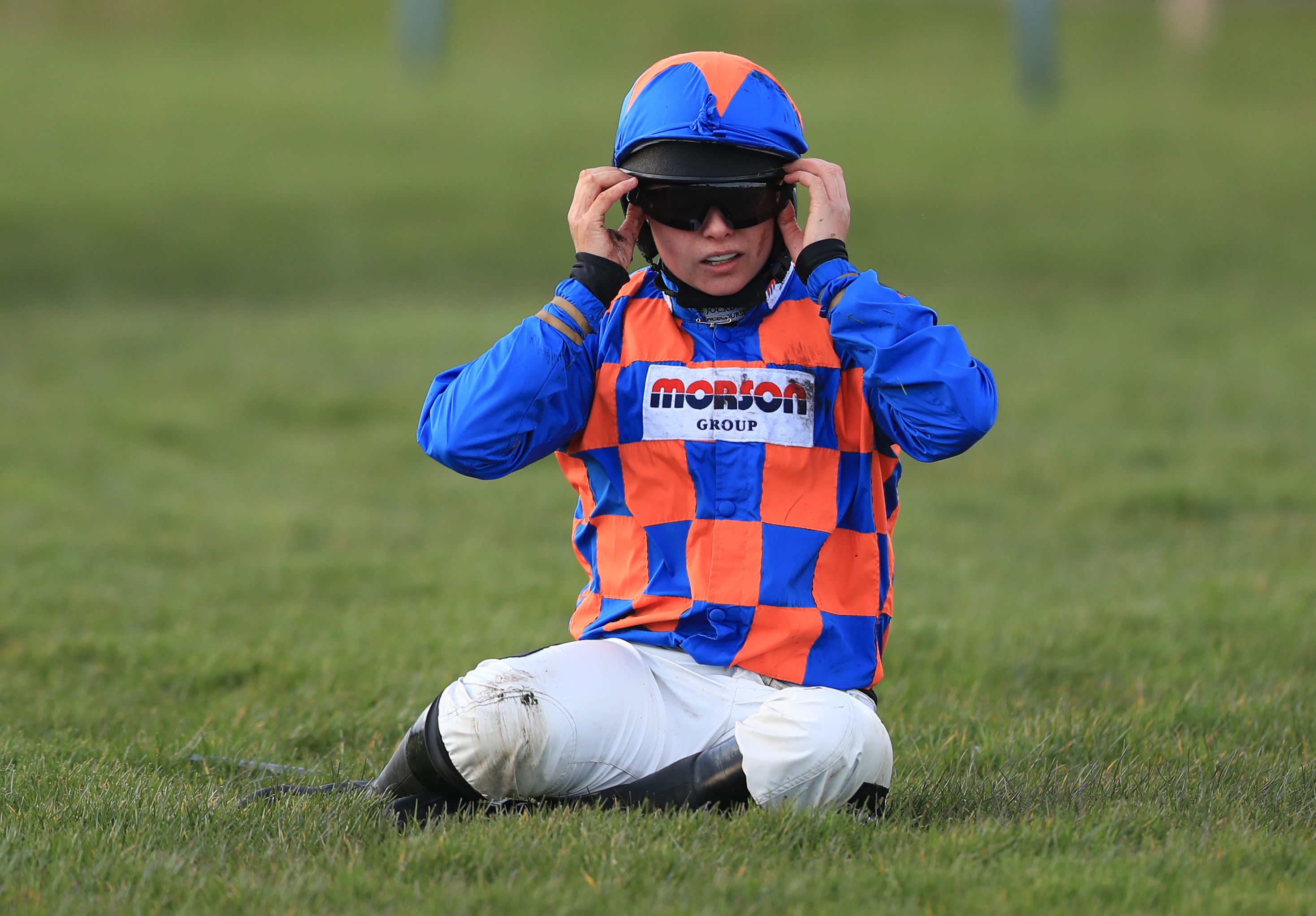 Frost, the daughter of trainer Jimmy, who rode Little Polveir to glory at the 1989 Grand National, was born to ride.

She said: “I had a feral childhood. I was either pretending I was a horse or I was with my ponies.

“I had horseshoes attached to the bottom of my trainers so I could sound like a horse. I don’t know how I didn’t give my mother a nervous breakdown.

”I started riding myself at four, when Dad got bored of trying to keep up with me.

“To say my Dad won the National was the only time I was cocky. I walked around like a peacock, strutting my stuff about it.”

Most elite sportspeople are passionate about their trade but few can articulate it as well as the 24-year old Frost.

She forms a remarkably close bond with her horses and has an endearing habit of personifying them.

So what would Frodon be like if he was a bloke? “Oh he’d be cocky,” says Frost, “He’d be like Marmite to some people.

“Some might find him arrogant but that’s what makes him good, he knows his worth.

“He’d be attention-seeking, for sure. If you walked past him, he’d definitely pat you on the shoulder and say ‘hey, hey, where’s my hello?’

“He’s also got an extremely affectionate side to him and if you opened up to him, he’d open up to you I reckon.

“He’d definitely have a bit of swag about him. He’d like the finer things in life.

“He is trained in one of the best yards in the country.  That would be like living in the Ritz every day. He’d like his dinner served right.”

Frost can remember ‘every blade of grass’ en route to her breakthrough success on Frodon at Cheltenham.

“I nearly fell off on the way down to the start,” she says, “as the flag dropped I thought ‘this is the race of our lives, we’ve got to put them all to the sword and be the bravest out there’.

“Not many horses could have pulled it back from half a length down after being overtaken, as he was by Aso.

“When you cross the line, it’s like you have plugs in your ears. He pulled it out of the fire. You’re proud of him, he was the best of the best, he won at the biggest arena and he’s saying to me ‘how good am I? How brave am I?’

“Then the noise of the crowd just descends like a waterfall.

“He’s in great order and we go again. He knows Cheltenham, the more attention he gets, the more boisterous and the better he is.

“Cheltenham is like the Olympics for us. The best of the best, the toughest of the tough. It’s the heartbeat of National Hunt racing.

Frost is not concerned by her status as a trailblazer for female jockeys, saying: “I never see myself as a boy or girl, my horses don’t know whether I am a boy or girl.”

Yet she tells a story of abruptly ending a phone call with a journalist who doubted whether women had the physical strength to compete against men.

“Sure, you have to be strong but it’s so much about technique and rhythm,” she says, “I shouldn’t have put the phone down to him though.

I said to myself ‘B that was rude and nasty’.”

Frost says she is a harsh self-critic and as we speak, she admits to ‘beating myself up’ about the fact that she ‘let down’ her old favourite Black Corton, the horse who gave her first professional winner,  at Kempton a few days earlier.

And then she’s off, heart beating through her chest, to finish stone last on a 150-1 outsider she risked life and limb to ride.

BRYONY FROST is the first jockey to be sponsored by Jockey Club Racecourses, which stages The Festival™ presented by Magners at Cheltenham between March 10 and 13.
Tickets are still available from www.cheltenham.co.uk