BTS released their new album Map of the Soul: 7 on Feb. 21. A follow-up to their 2019 EP Map of the Soul: Persona, the album combines Carl Jung’s Shadow and Ego concepts and explores BTS’s past seven years together. In a recent press conference, RM revealed why BTS combined the two concepts to make one album instead of having two separate albums. 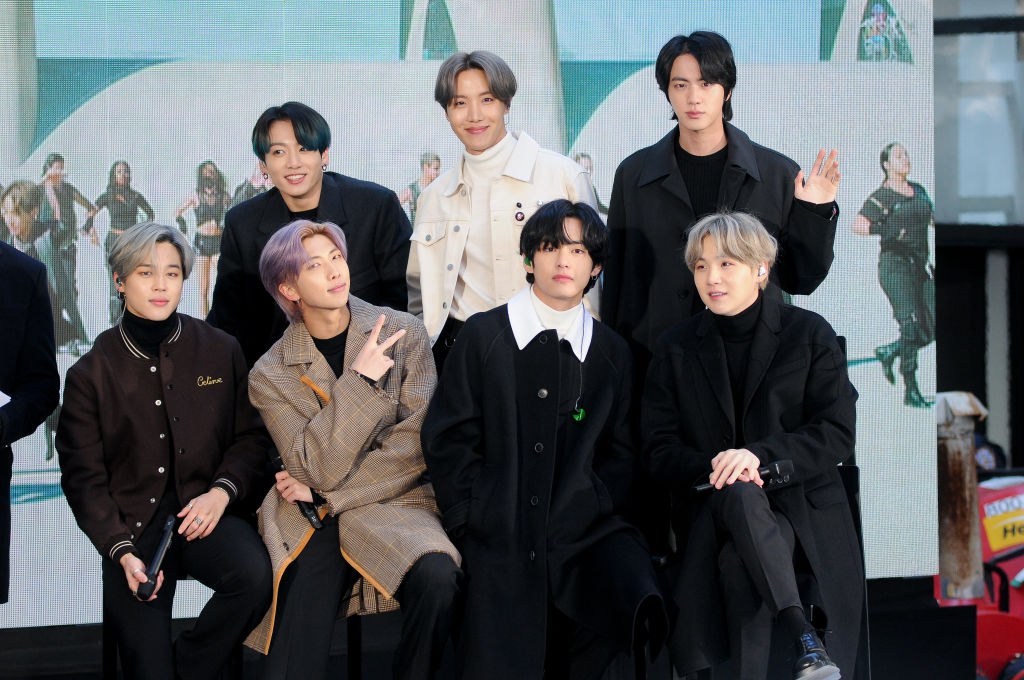 Fans suspected the album would be called something different

For months, fans suspected that BTS’s next album would be called Map of the Soul: Shadow. ARMY also thought the album would take on a darker concept, similar to BTS’s Wings era.

After BTS’s awards show performances in late 2019 and early 2020, some fans started suspecting the next album would be called Map of the Soul: Ego. During BTS’s performance at the 2019 Melon Music Awards, “Ego” was written multiple times across the classroom set for “Intro: Persona.”

In a VCR for BTS’s performance at the Golden Disc Awards, RM mentioned the word “Ego” multiple times. After the performance, fans realized the narration was a quote from Carl Jung, and it is found on the chalkboard in the “Intro: Persona” music video.

In the end, BTS and Big Hit Entertainment titled the album Map of the Soul: 7. It features five songs from BTS’s EP Map of the Soul: Persona, and new tracks that include the Shadow and Ego concepts. With the incorporation of Jung’s psychology, Map of the Soul: 7 covers BTS’s past seven years together.

“Map of the Soul: 7 is an album that looks back at the seven years spent by the seven members as a team. In our previous album Map of the Soul: Persona, we spoke about the world, the joy of love, and our image. In this new album, we wanted to deal with different things such as our experiences that brought us here and the candid emotions we feel in the moment. It reveals our deep inner selves that we had wanted to hide, and at the same time, we are confessing our discovery that these are also our true selves,” Jin said about the album.

Why BTS combined concepts on ‘Map of the Soul: 7’

During BTS’s press conference in Seoul, the group revealed why Map of the Soul: 7 includes Jung’s Persona, Shadow, and Ego concepts. In 2019, BTS took their first extended vacation since their debut. RM explained that this slightly pushed back their planned comeback.

“Some of you might wonder why we have combined the concepts of Shadow and Ego in a single album,” RM said. “Last year, we went on our extended vacation, after discussions with the company the comeback was pushed back slightly.”

He continued, “Having come back in 10 months, we wanted to tell more and better stories. So we discussed putting together the ideas of Shadow and Ego. That’s why the album contains both our shadows, the difficulties we faced, and ego, our acceptance of them as part of us.”