SPANISH side Cadiz needed four players to lift a GIGANTIC piece of silverware after they beat Atletico Madrid to win a pre-season tournament.

The LaLiga club claimed The Ramon de Carranza trophy with a 4-2 victory on penalties after a 1-1 draw with Atletico in normal time. 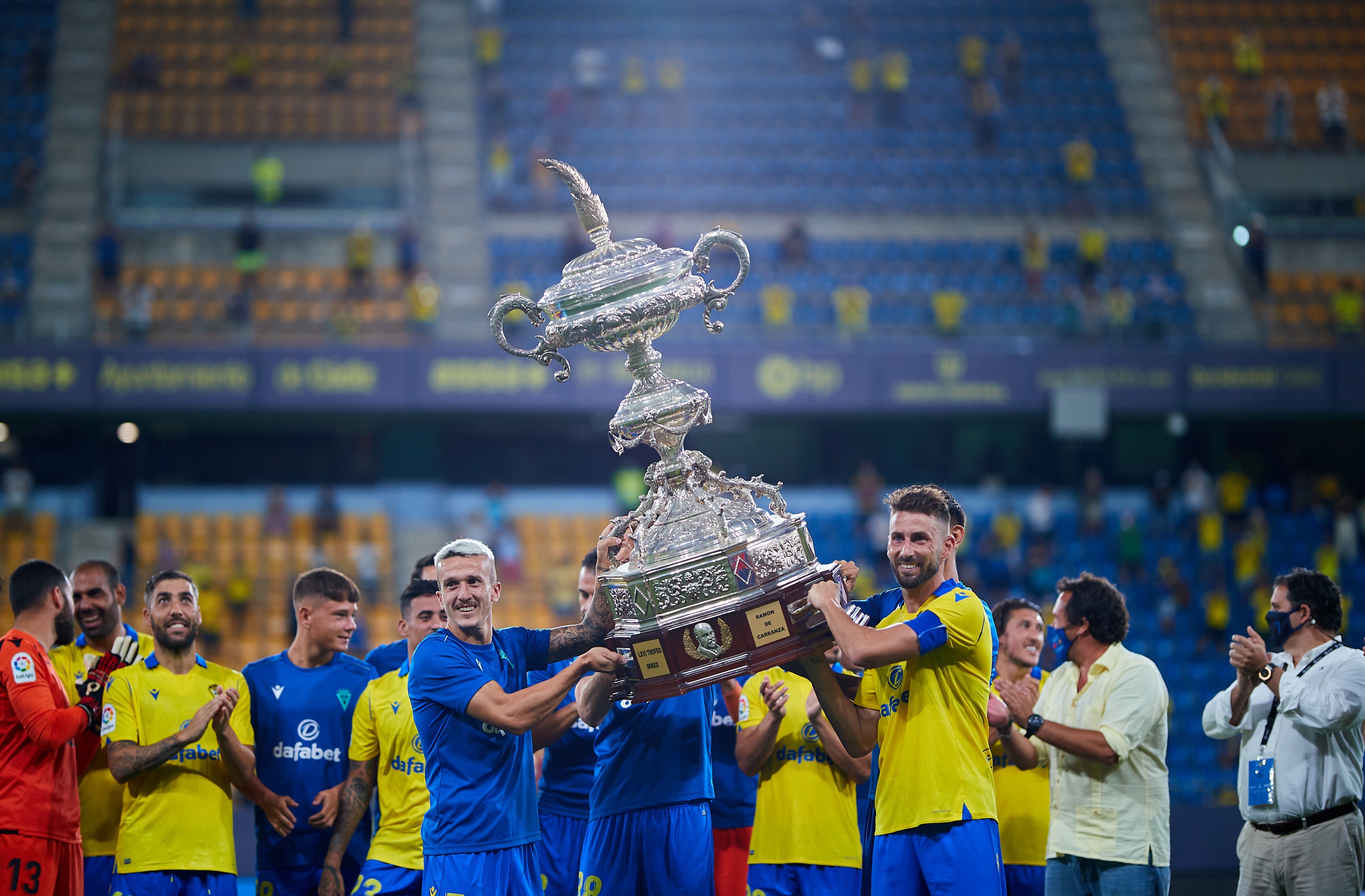 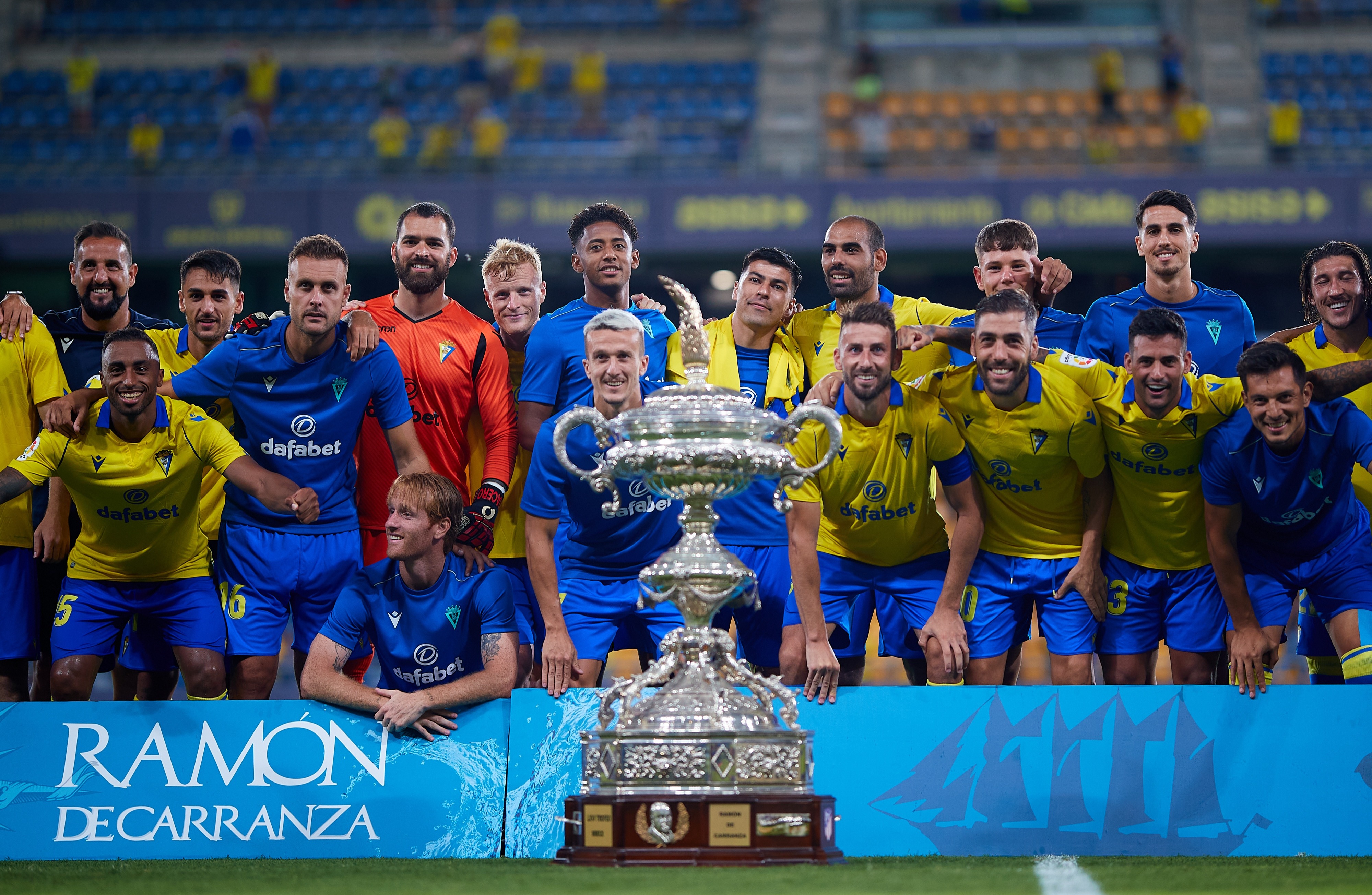 But it was the post-match antics which stole the show as the Cadiz players attempted to lift the huge cup aloft.

They posed behind the remarkable trophy before eventually lifting it up thanks to the help of four players.

And the whole fiasco around the massive silverware caused quite the response on social media.

One person said: "Imagine being the captain of a team that's just won a trophy, then realising what you've got to lift."

And another jokingly added: "Spurs need to play for this trophy next season against Cadiz. So they could eventually fill their cabinet."

While a third hilariously said: "The Cadiz Cup was the most prestigious game ever played. That’s why they gave it a 13ft trophy."

The pre-season tournament has been running since 1955 when the Cadiz city council decided to honour former mayor Ramon de Carranza.

It is almost always a four-team tournament in which Cadiz are the only side who compete every year.

But this edition marked the first time since 2000 in which just two sides entered the tournament.

And it subsequently enabled Cadiz to lift the trophy, a feat they had not managed since they beat Malaga in the final in 2011.