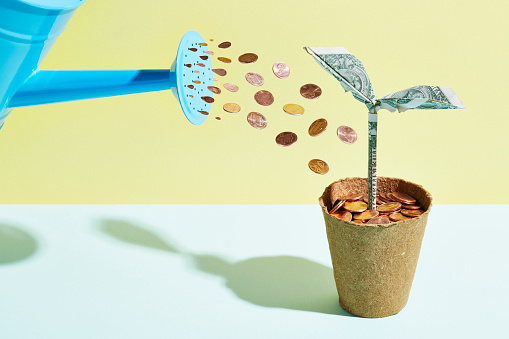 The good news for savers is we’re slowly starting to see recent interest rate rises trickle through to some savings accounts. But even if you’ve been told by your bank that they’ve upped what you’ll get, don’t assume you can’t beat it.

It’s highly likely they’ll only have passed on some of those rate hikes. I could pick from any number of banks for this example, but let’s use Marcus by Goldman Sachs. It now pays 1.15%, which isn’t too bad (comparatively).

However, back in December the rate it offered was 0.6%. So while the Bank Of England rate has jumped up 0.9% in the last six months, that bank has only passed on 0.55%. This is quite common, so check what you’re getting, increase or not, and see how it compares to the highest paying easy-access account.

That’s currently Chase Bank, which will give you 1.5% on up to £250,000 in an account linked to its app-based current account.

And if you’re happy to gradually save and put money aside for a year, regular savers from First Direct and NatWest pay 3.5% and 3.3% respectively. The bad news is these best buys are still well below the ever increasing inflation rate (currently 9%).

When it comes to reducing the damage high inflation is doing to your savings, it’s important not to have too much available, even if it’s at one of the better rates.

Most should aim for enough to cover no more than three to six months worth of essential expenses, though those with irregular incomes might want to try for more. Then on top of that you might want extra for savings goals, like a mortgage deposit or a holiday.

Those figures might feel unachievable, with everything costing so much more right now. If that’s the case, try to have some kind of emergency buffer. But if you have money spare beyond this, look to the longer term, via investing (for at least five years), adding to your pension or overpaying your mortgage.

And if you have any overdraft, loan or credit card debts, it makes sense to clear these with savings, even if it means forgoing an emergency fund.

More good news. Thanks to the latest savings rate increases, the gap between Chase and the next best options is getting smaller, and further base rate hikes could narrow it even more. This is particularly handy for those with older mobile phones that can’t access this app-only bank.

But it’s also good for those worried about holding their savings with any of the big banks. Ethical Consumer magazine scores JPMorgan Chase three out of 20. This is largely down to its huge investment in fossil fuels. It’s something that put me off stashing my cash there. NatWest and First Direct got similarly low scores.

Now many of the closest competitors also claim to be more ethical (bearing in mind there are always shades of grey here), so taking a hit for your principles isn’t quite as painful.

Right now the next best easy-access rates are from Sharia Banks Al-Rayan and Gatehouse. They won’t use your money to invest in un-Islamic activities such as gambling and alcohol, while Gatehouse says some of its accounts are also sustainable.

App-only bank Tandem is promoting itself as a green bank, a good bet if environmental issues are your key concern.

Meanwhile Yorkshire Building Society has just increased its rate, too. Since all building societies mainly use deposits to fund mortgage lending it means they’re less likely to invest in unethical practices such as fossil fuel extraction and the arms trade.

How to apply: App only