Cancel culture is a term which has been growing in popularity in recent months, with public figures facing widespread criticism often termed as “being cancelled” across social media. Now a letter from 150 public figures, including Harry Potter author J.K. Rowling and Handmaid’s Tale author Margaret Atwood has been published calling for an end to cancel culture stating it creates an “intolerant climate” for free speech.

The letter, published in Harper’s Magazine, comes amid a debate over so-called cancel culture.

It states: “The free exchange of information and ideas, the lifeblood of a liberal society, is daily becoming more constricted.

“While we have come to expect this on the radical right, censoriousness is also spreading more widely in our culture: an intolerance of opposing views, a vogue for public shaming and ostracism, and the tendency to dissolve complex policy issues in a blinding moral certainty.”

As well as Harry Potter creator Ms Rowling and The Handmaid’s Tale author Ms Atwood, others to put their name to the statement include academics and intellectuals Noam Chomsky, Gloria Steinem and Garry Kasparov.

Read More: US cracks down as TikTok collects worrying amount of data on children 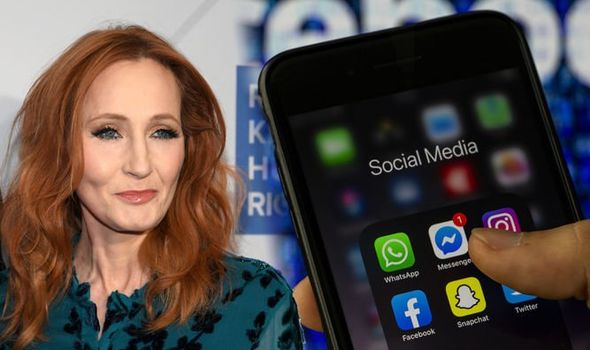 Cancel culture is a relatively new term and refers to the withdrawal of support or admiration of someone.

This is usually a celebrity or public figure who has expressed an opinion deemed to be offensive.

Often when a public figure is “cancelled” their perceived misdeeds and denouncement of them spreads across various social media platforms. 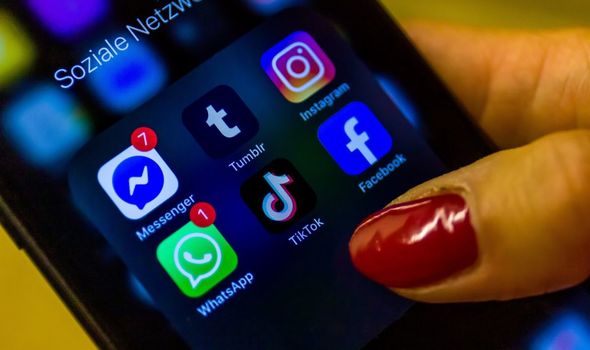 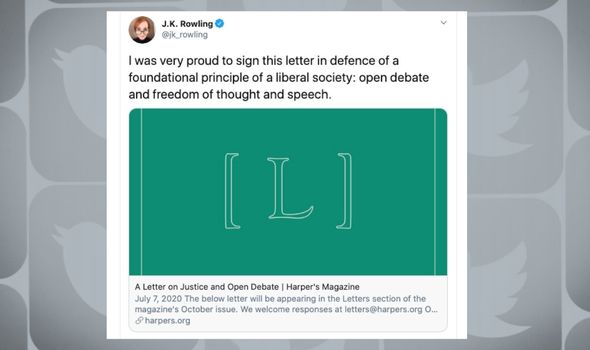 The objective behind cancelling is often to deny attention to public figures in order for the person in question to loses cultural admiration.

Lisa Nakamura, a professor in the Department of American Cultures at the University of Michigan, said: “People talk about the attention economy — when you deprive someone of your attention, you’re depriving them of a livelihood.”

The letter published on Tuesday also makes mention of editors who are fired for “running controversial pieces” and professors being “investigated for quoting works of literature in class”.

The letter states: “This stifling atmosphere will ultimately harm the most vital causes of our time.

“The restriction of debate, whether by a repressive government or an intolerant society, invariably hurts those who lack power and makes everyone less capable of democratic participation.

“The way to defeat bad ideas is by exposure, argument, and persuasion, not by trying to silence or wish them away.”

It adds: “Whatever the arguments around each particular incident, the result has been to steadily narrow the boundaries of what can be said without the threat of reprisal. 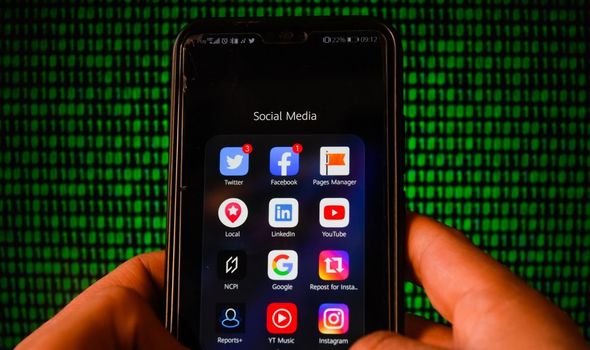 “We are already paying the price in greater risk aversion among writers, artists, and journalists who fear for their livelihoods if they depart from the consensus, or even lack sufficient zeal in agreement.”

Ms Rowling has recently been critiqued for her comments on biological sex, though she strongly denies being transphobic.

Sharing a link to the letter on Twitter, Ms Rowling wrote: “I was very proud to sign this letter in defence of a foundational principle of a liberal society: open debate and freedom of thought and speech.”

The letter has sparked debate online, with some saying those who had signed it were overreacting.

Journalist Osita Nwanevu tweeted: “It’s hard to take claims like this seriously, especially when it’s plain that people are complaining about an unprecedentedly free and open speech environment.”

One social media user suggested the signatories were responding to a loss of “relevance” while others said it was a coded attack on trans rights activists.

Some social media users have pointed out the right to free speech doesn’t include using that right to spread hate.