Rock and roller! Care home residents and workers recreate classic album covers by Madonna and Adele while parted from their families during lockdown

Many people have picked up a new hobby in lockdown from learning to bake to picking up a language.

But the residents of one London care home decided to pick up some styling and photography skills, and recreated iconic album covers, while they were parted from their loved ones amid the coronavirus pandemic.

After the shoot was posted on Twitter, many have praised the iconic album covers saying they want to buy a calendar of the pictures.

‘These are so moving. Reminds me of my 97-year-old grandmother telling me that on the inside she was still 18. Beautiful,’ said one.

‘Love this, Robert. What a great way to keep everyone’s spirits up. Must have been a tough 4 months for you all. Best wishes to everyone at the home,’ added another. 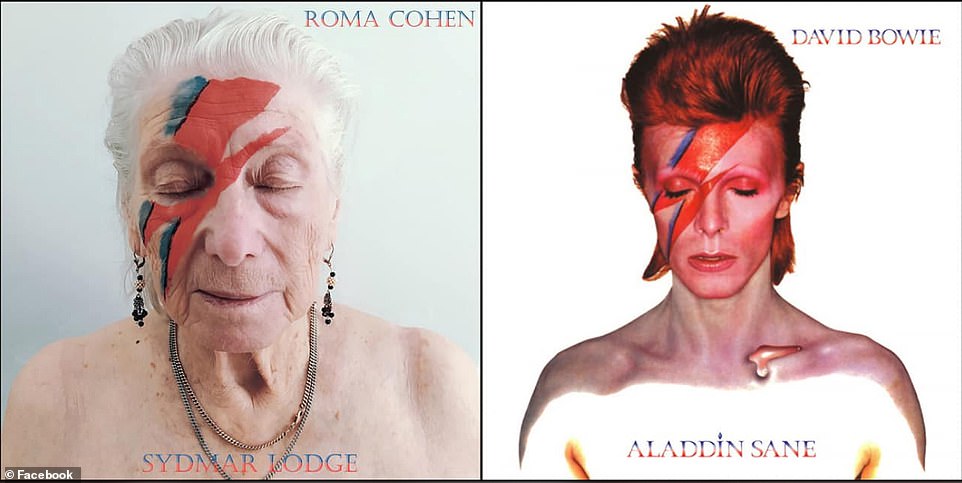 ‘We took lockdown seriously. None of the residents can see their families’ Robert, 41, said. Pictured is Roma Cohen recreating David Bowie’s iconic ‘Ziggy Stardust’ look on the cover of his 1973 album Aladdin Sane

Born in England!  Pensioner Martin Steinberg switched out the stars and the stripes for the flag of St George and the iconic red cap for a dark blue one to make a British recreation of 1984’s Born in the USA

Strike a pose! Pensioner Lily tilted her head back and posed like the Queen of Pop as she remade the cover of her 1986 album True Blue

Look what you made me do! RC, 98, remade Taylor Swift’s Number One album 1989, donning a purple jumper with birds flying across it 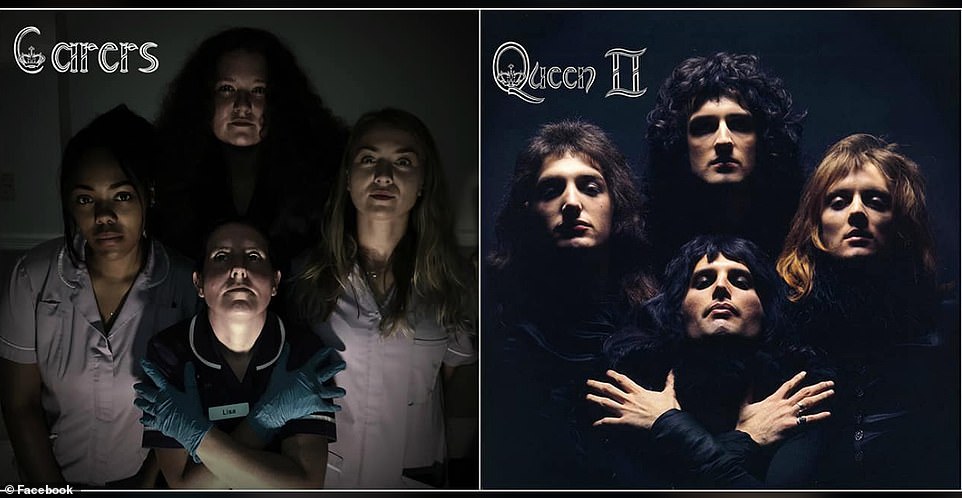 Don’t stop them now! The carers joined in on the trend too standing in group of four to remake the cover of Queen II, the second album by the hit 1970s group

Rock and roll all night! Shelia Solomons remade Elvis Presley’s self-titled album grabbing a walking stick instead of a guitar yet still belting out a song

Double trouble! Shelia also remade The Clash’s album London Calling, as she posed to smash her walking stick like a guitar on the floor 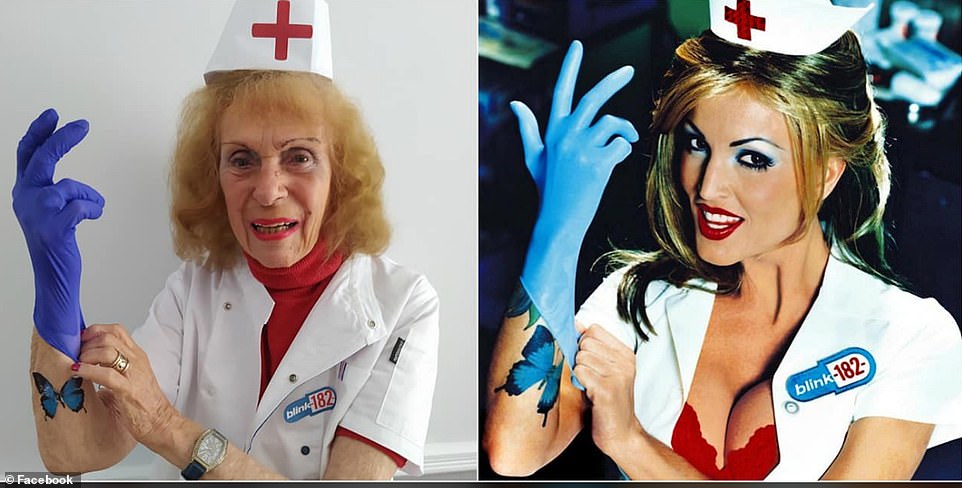 The doctor will see you now! Another pensioner donned a nurse’s outfit, complete with nametag detail and butterfly tattoos to pose as the covergirl for Blink-182’s 1999 pop punk classic Enema of the State 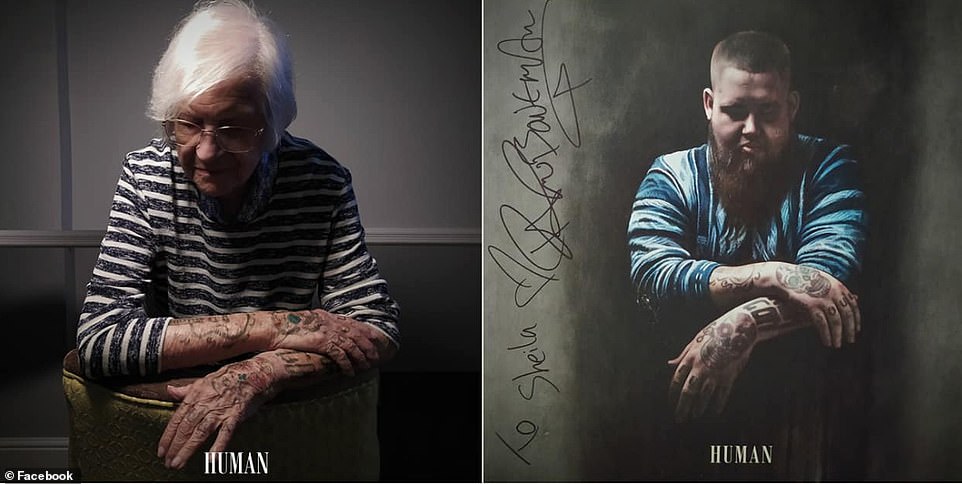 Soulful shot! One resident remade the shot on the cover of Rag n Bone man’s Human complete with tattoo detail while she sat behind a chair