Princess Diana’s former chef has revealed the recipe for one of Prince William and Prince Harry’s favourite childhood dishes.

Darren McGrady, 58, who now lives in Texas, worked for the late Lady royal from 1993 to 1997 and regularly shares delicious recipes and a sprinkling of royal secrets from his time at Kensington Palace on his Youtube channel.

He recently shared how to make a mouth-watering mac and cheese dish with roast chicken, a meal, he claims was among Prince William and Prince Harry’s favourites when they were children.

He also explained how the boys’ nanny had a trick to make sure they ate plenty of greens, even though, like most children, they were not fans of veggies. 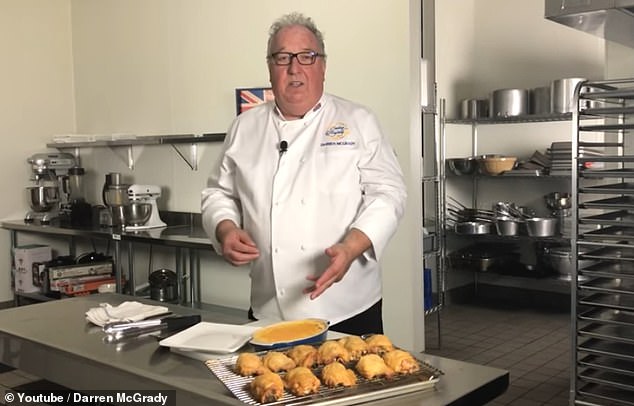 Darren McGrady, 58, who now lives in Texas, worked for the late Lady Diana from 1993 to 1997 and would oversee the heirs to the throne’s diet. He shared the recipe to their favourite chicken and pasta dish

McGrady explained he would serve his irresistible crispy roast chicken with some home-made mac and cheese, with his own cheese sauce.

The chef warned about using pre-made sauces that are often filled with additives, and showed how he whips up a creamy option from scratch in just two minutes.

He said the meal was both cheap and easy, and only takes 30 to 45 minutes to make.

While Prince William and Prince Harry preferred to eat their chicken and mac and cheese with shuck corn, their nanny made a point of ensuring there were added vitamins from vegetables. 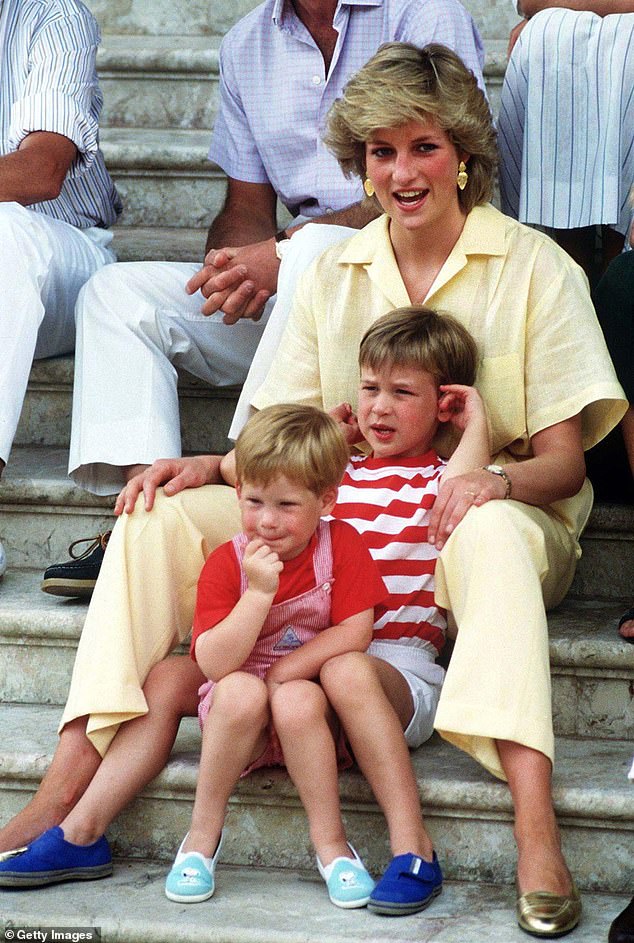 The prince (pictured with their mother in 1987) liked to eat their pasta with shuck corn, but their nanny made sure they would eat their greens, too 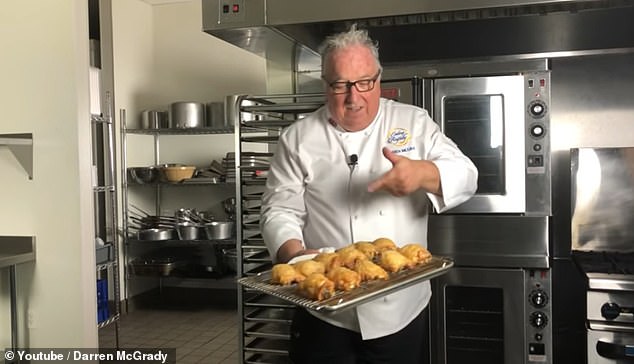 McGrady said she would insist he served his delicious dish with a side of broccoli for the boys to eat.

‘The boys, I guess like any boys, weren’t huge fans of broccoli, but what she said was “When you do the broccoli – I want you to have one piece of broccoli with each piece of chicken”,’ McGrady recalled.

Because the young boys had big appetites, they’d eat the broccoli in a few bites. The nanny, satisfied, would ask McGrady to add bigger florets of broccoli the next time, so the boys would eat even more greens.

Salt and pepper to taste

½ cup cheddar cheese for the topping

8 chicken thighs, bone in, skin on

Set the oven to 425 Fahrenheit. Sprinkle the chicken with salt and place on a wire rack on a baking sheet.

Bake in the oven for about 30-45 minutes until the skin is golden and crispy and the meat cooked.

In a large pan melt the butter and add the flour.

Whisk in the cream and milk and cook on a low heat until the sauce thickens.

Stir in the parmesan and cheddar. Season with salt and pepper.

Add the pasta and stir in. Spoon into a casserole dish, sprinkle with the cheddar and bake for about 20 minutes.