CHELSEA and Juventus are looking into a potential swap deal that would see Jorginho reunite with Maurizio Sarri with Miralem Pjanic heading to England.

The financial impact of the coronavirus outbreak has altered a lot of clubs' spending plans, with several looking to offload talents in order to bring in new recruits. 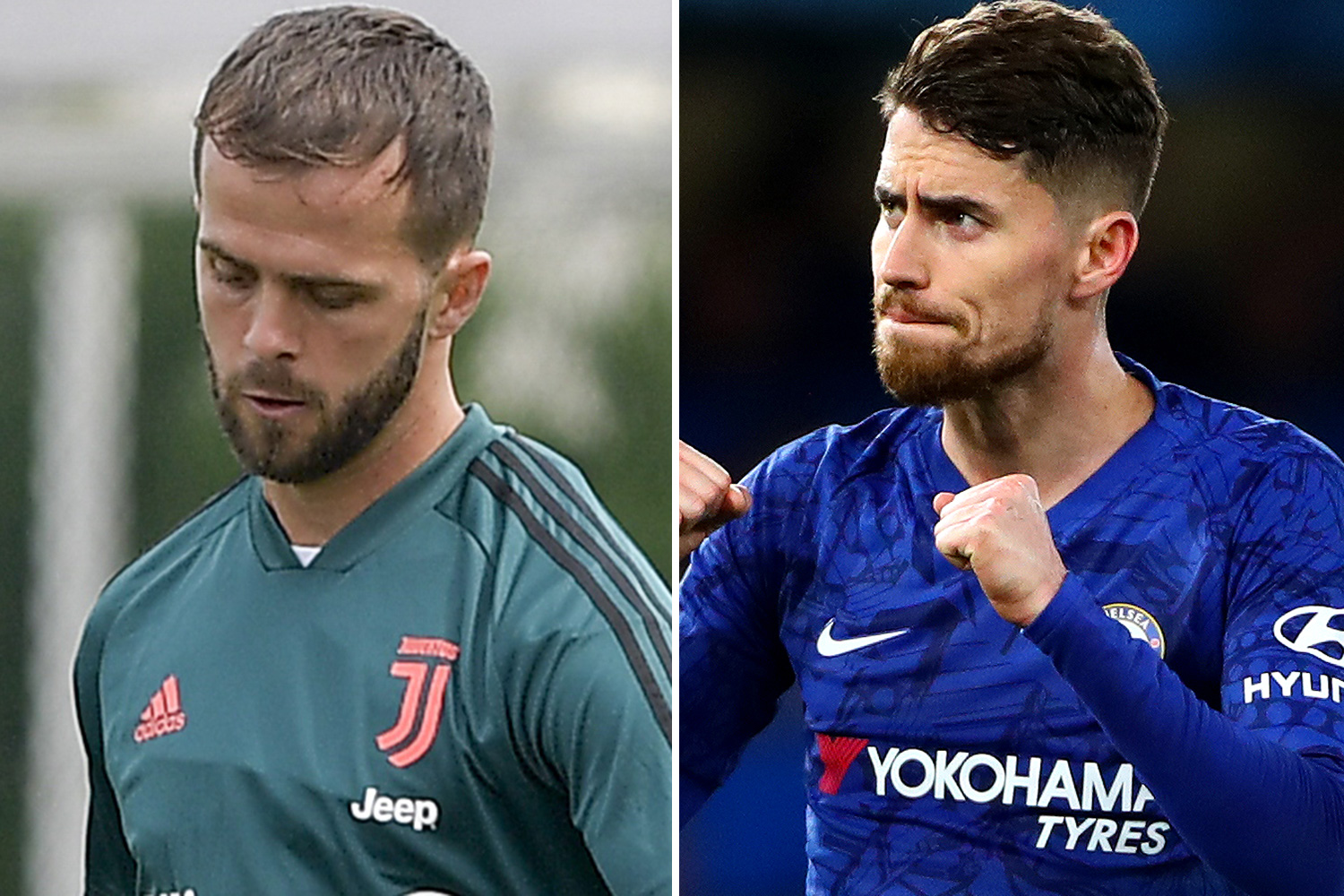 Now various reports are claiming Blues midfielder Jorginho could be heading to Italy for a link-up with his former Stamford Bridge and Napoli boss.

And 30-year-old Bosnian international Pjanic could be coming in the opposite direction, although both Barcelona and Paris Saint-Germain are also linked with the star.

However, Chelsea hope the inclusion of Sarri's trusted lieutenant Jorginho can entice Juve into doing business with them.

Jorginho’s agent has already moved to play down these reports and claims Juventus sporting director Fabio Paratici has not held any discussions with his client.

Joao Santos told Radio Kiss Kiss Napoli. “Juve are one of the top clubs in Europe, all players would like an experience there.

“But I didn’t hear from anyone, [Fabio] Paratici hasn’t call me.

“Jorginho is currently a Chelsea player, has a three-year contract and is doing well in London.”

And when pressed further on a reunion with Sarri, he added: “I repeat… Juve are a great club, among the best in Europe.”

Italy international Jorginho initially struggled in West London but has become a key part of Frank Lampard’s midfield this season and made 37 appearances in all competitions.

Juventus's hopes of enticing Chelsea into a swap could be scuppered by Pjanic’s desire to join Barcelona.