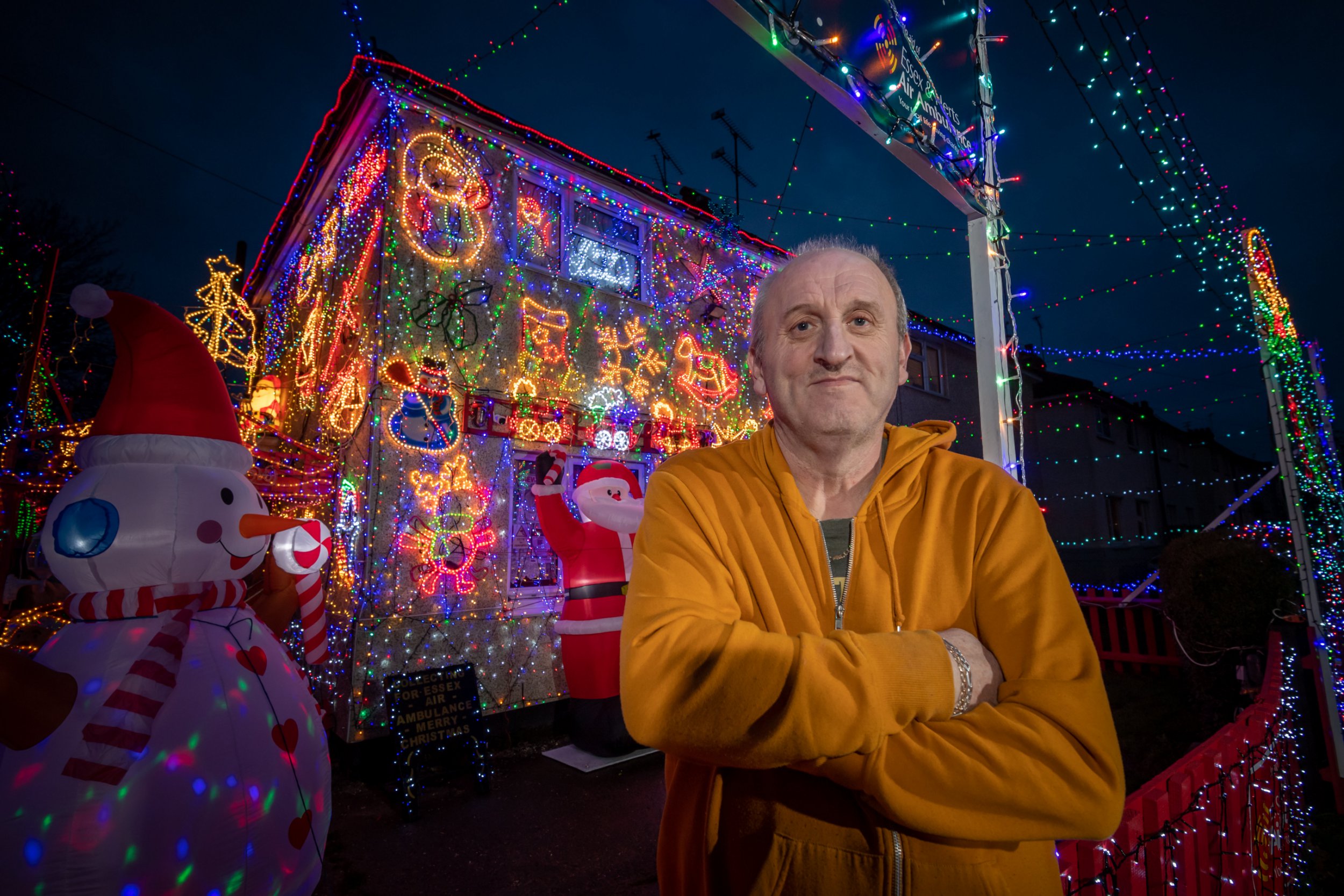 Carer Paul Bibby’s Christmas lights are always something to behold, but this year he went even bigger.

Paul, 52, spent a whopping three weeks covering his Essex home with ‘around 30,000’ lights and decorations for the festive season to ‘put a smile back on people’s faces’.

He said: ‘It was hard work doing it all on my own – this year is definitely my biggest.

‘People walk past and tell me they have never seen anything like it.’

Paul is known on his Chelmsford street for his impressive light displays, with this his 16th year going all out.

This year, the decorations include several festive inflatable decorations, such as a giant Santa and a snowman.

‘Little children love to get pictures with the inflatable snowman,’ said Paul.

‘He seems to be the most popular.’

Paul, who lives with Linda Cummings, 58, and son Aaron Bibby, 33, had a grand switch-on on December 1.

Since then, every evening he has to flick 98 individual switches to show off the full display in all its glory.

Not only does he want to cheer people up with the display, but Paul has also set it up to aid Essex and Herts Air Ambulance, saying he wants to ‘give back’ to the life-saving service.

Earlier this year he also covered his home with England flags to show support for the England team in the Euros – but he says Christmas is really his time to shine.

‘I do it every year and people around here think I’m crazy – but I love doing it.

‘I look forward to it every year. I’ll carry on until I’m too old to get up the ladder.’