How to keep your avocados fresh for a WEEK: Chicago woman shares clever ‘dinosaur egg’ hack for cutting the green fruit to stop it from going brown

A Chicago woman has amazed TikTok users with her hack for keeping avocados fresher longer.

Margaret Drisi shared the trick on the social media platform on April 30, calling it her ‘Dinosaur Egg Avocado Hack.’

In the short video, which has been viewed 160,000 times so far, Margaret demonstrates the unusual way she cuts into an avocado to keep it from browning for several days. 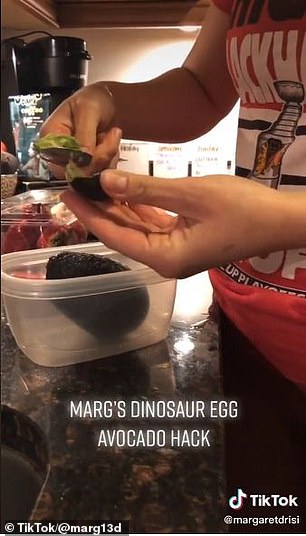 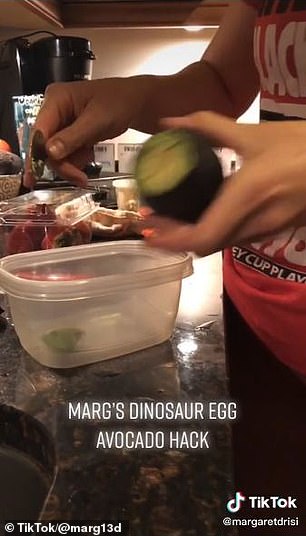 Check it out: Margaret Drisi shared a trick on TikTok for keeping avocados fresh for longer, calling it her ‘Dinosaur Egg Avocado Hack’ 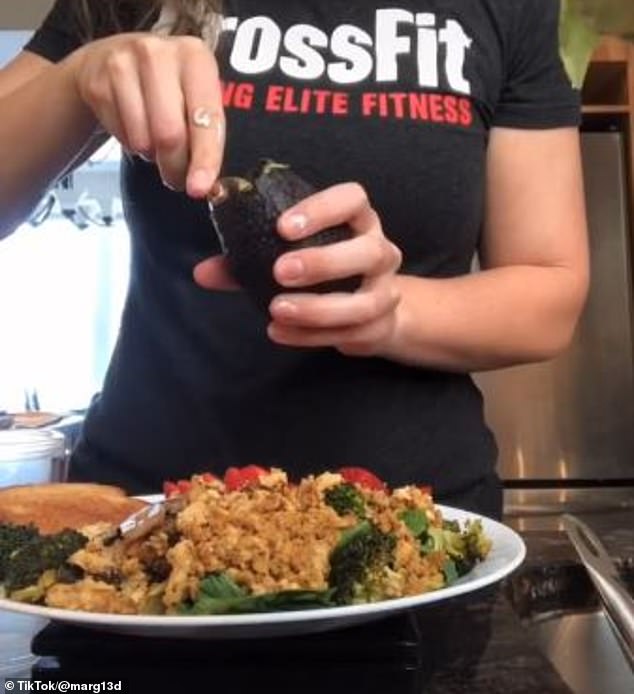 How to: She slices off the top and then scoops the avocado out with a spoon

Margaret explains that the trick is for people who aren’t using a lot of avocado at once, but only want to eat bits of it at a time.

‘This is how to cut your avocado so it doesn’t go bad when you’re only using a little piece of it every day,’ she says.

Instead of slicing down the length of the avocado, splitting it in two — or even slicing out a triangular sliver — Margaret actually cuts off the top of the avocado, slicing a round piece off the smaller end.

She then scoops the fruit out of the chopped-off piece of peel, and then continues to ‘dig right in there and scrape out what you do want to use’ from the rest of the avocado, scooping it like ice cream in a pint.

She adds that it’s important to leave the rest of the peel and seed, and then places the remainder of the avocado into a plastic container and puts that in the fridge.

She demonstrates what the remainder of the avocado looks like two days later, showing that there is no browning.

‘So you just kind of keep scraping around the seed,’ she says, ‘and eventually you’ll get to where you’re scraping along the bottom and the seed comes out and it’s still green.’

‘I make avocado toast every morning, but I don’t use a ton of avocado every day,’ she says.

‘My biggest issue with making avocado toast every morning is that it would go bad and get slimy, watery, and brown. And that doesn’t happen anymore!’ she said, adding later that she can make a single avocado last a whole week this way.

Margaret’s trick has raised eyebrows on TikTok, where thousands of viewers have liked her video.