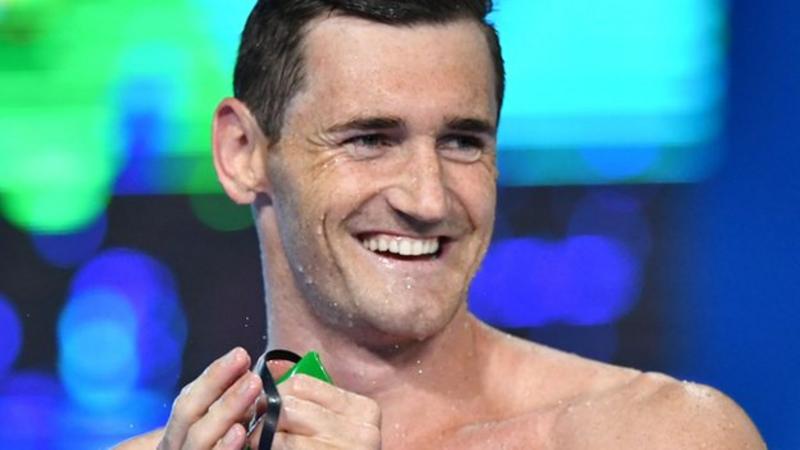 Former Olympic gold medallist Cameron van der Burgh, who revealed he has Covid-19 on Sunday, has issued a warning about the impact that coronavirus can have on the body.

South Africa’s 2012 Olympic 100-metre breaststroke champion said he has “been struggling with Covid-19 for 14 days”.

“By far the worst virus I have ever endured despite being a healthy individual with strong lungs (no smoking/sport), living a healthy lifestyle and being young (least at risk demographic),” the 31-year-old tweeted.

“The loss in body conditioning has been immense and (I) can only feel for the athletes that contract Covid-19 as they will suffer a great loss of current conditioning through the last training cycle.

“Infection closer to competition (would be) the worst,” added Van der Burgh, who has worked as an oil analyst in London since retiring in 2018.

A vast number of sporting events around the world have been cancelled although the International Olympic Committee (IOC) has yet to take any action over this year’s Games, which are scheduled to start in Tokyo on 24 July.

The IOC has given itself four weeks to decide on the Games’ future, with options including a delay of several months or, more probably, a year on from their scheduled start.

In the meantime, many athletes are training – such as Kenyan marathon runner Eliud Kipchoge – even though it is unclear when competition will resume.

“Athletes will continue to train as there is no clarification (about the) Games and thus are exposing themselves to unnecessary risk,” Van der Burgh added.

“Those that do contract (coronavirus) will try (to) rush back to training most likely enhancing/extending the damage/recovery time.”

Van der Burgh, who also won four Commonwealth golds, has described how he was affected by coronavirus, which has now reached over 40 countries in Africa.

In his homeland South Africa, there are now in excess of 400 reported cases.

“Although the most severe symptoms (extreme fever) have eased, I am still struggling with serious fatigue and a residual cough that I can’t shake,” said the six-time world champion.

“Any physical activity like walking leaves me exhausted for hours.”