The Department of Health confirmed today the latest update for COVID-19 with 11,329 people having lost their life to the deadly virus in the UK. In even grimmer news, the death toll is expected to rise even more tomorrow as figures have not included Northern Ireland. It’s been reported that eight more health workers have died from the disease bringing the total for NHS and care workers to 30. Pain in this region of your body could signal a possible infection.

Common symptoms of the deadly virus include fever, a new and persistent cough and shortness of breath.

But other symptoms of COVID-19 include a “fizzing” sensation on the skin, diarrhoea and pain in the testicles.

While these symptoms have not been listed as official symptoms to look out for, many people have described experiencing them.

The unusual signs may indicate a person has been infected with coronavirus. 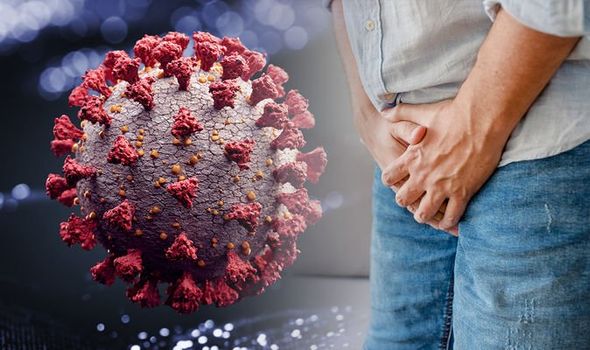 Researchers from Harvard Medical School filed a case report about a 42-year-old man who tested positive for the virus, after going to hospital with a “stabbing pain” in his testicles.

While doctors could find nothing wrong with his testicles, CT scans did show damage in his lungs.

Two days later the man was diagnosed with COVID-19.

Unfortunately, due the man’s atypical symptoms, several other patients and doctors may have unknowingly been exposed to the virus.

While it remains unclear whether or not his testicular pain was linked to the virus, other viruses have been known to affect the testicles.

Speaking to MailOnline, Dr Viney, a surgeon in Birmingham said: “There are certain viruses that can affect the testicles, such as mumps.

“Only time will tell if COVID-19 also affects the testicles but it isn’t a symptom many of the patients I’ve dealt with have complained about. 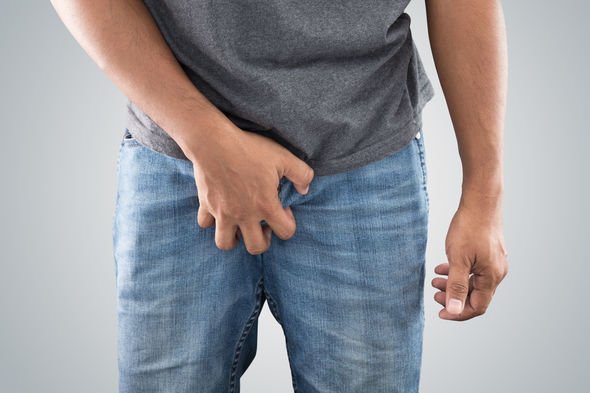 “For most of them, their testicles are the least of their worries.”

“Loss of sense and smell, brain fog, fatigue, lack of appetite, sore and red eyes have all been reported.

“Stomach issues have also been strongly reported with symptoms including diarrhoea, vomiting, and nausea.”

Dr Diana Gall said: “Digestion problems and changes in bowel habits, particularly looser stools and making more frequent trips to the toilet are sometimes the first signs that you’re coming down with something, not just with this coronavirus.

“However, diarrhoea has been reported as an early symptom in patients who have later tested positive for COVID-19.”

If experiencing pain in your testicles it’s important to be vigilant for any of the other common symptoms of COVID-19 and take the appropriate measures of self-isolation.