Today, I had been planning to turn the tables on Barry Cryer. Every month, Barry presides over an Oldie magazine readers’ lunch at Simpson’s in the Strand, introducing each speaker with a limerick.

If you’re lucky, he may even tell one of his parrot jokes, such as this one.

A man goes into a pub and says to the landlord: ‘If you give me free drinks all night, I will entertain your customers so much they will stay all night and buy lots and lots of drinks.’

‘Oh yes,’ says the landlord. ‘How are you going to do that?’ 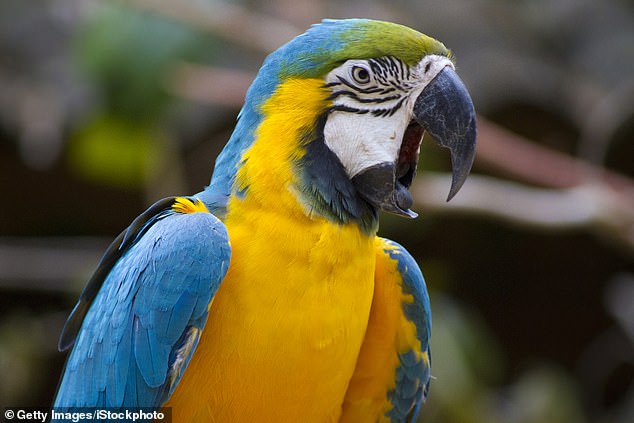 The man gets a hamster out of his pocket and puts it on the piano. The hamster runs up and down the keyboard playing the greatest piano music anyone had ever heard.

‘That’s incredible!’ says the landlord. ‘Have you got anything else?’

The man gets a parrot out of his other pocket and puts it on the bar. The hamster begins to play the piano again and the parrot sings along —sounding just like Pavarotti.

Everyone in the bar is amazed and they stay all night drinking and listening to the hamster and parrot. 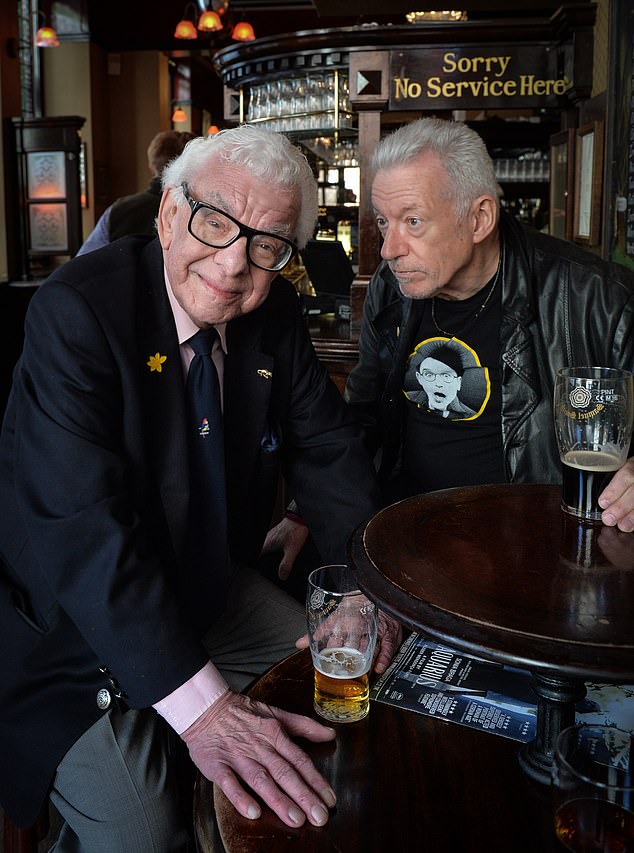 The landlord is delighted.

‘I must have these animals. Will you sell them to me?’ he asks.

The man shakes his head: no.

‘Will you sell just one then?’ asks the bartender.

The landlord is delighted and hands over the money.

Another man standing next to the man who owned the hamster says: ‘You’re a bit stupid selling that clever parrot for only £100.’

‘No I’m not,’ the man replies. ‘The hamster is a ventriloquist’.

Barry has devoted his life to cracking jokes, the sillier the better.

‘A lot of brilliant people now are doing what I call serious comedy,’ he told the editor of The Oldie, Harry Mount, recently. But he prefers silly to serious.

His favourite joke remains one of the first he ever told onstage, back in 1955.

A guy was driving down a country lane and he ran over a cockerel and he was very upset. He went to the farmhouse and knocked on the door and a woman opened it and he said: ‘I appear to have killed your cockerel. I’d like to replace him.’

And she said: ‘Please yourself, the hens are round the back.’

He is the most generous and broad-minded of men, lavish with praise for comedians 60 years his junior. I remember a friend of mine, a high court judge, noticing that Barry is always the first of the panellists on I’m Sorry I Haven’t A Clue to laugh at another panellist’s joke.

His old friend and fellow Yorkshireman Michael Palin praised this aspect of his character nearly 50 years ago, back in 1972, when he noted in his diary his reassuring presence at a fractious dinner party:

At the Simpson’s lunch scheduled for today, it had been planned that, as Barry stood up to introduce the special guests, I would surprise him with a little speech in celebration of his 85th birthday, which occured yesterday.

I had even planned to ask Sir Oliver Letwin, who has a keen sense of humour, to deliver a parrot joke in Barry’s honour.

For obvious reasons, the lunch is not going ahead, so this column will have to act as a belated surprise for Barry, who is, I’m proud to say, a regular reader.

So let’s all in our isolation raise a communal glass to Barry Cryer, who, through his work with great comedians such as George Burns, Les Dawson, Frankie Howerd, Tommy Cooper and Jack Benny, has probably contributed more to the merriment of the nation than any other living person.

Or parrot, for that matter.