“This was good but holding you in my arms is an indescribable feeling,” the actress, 32, captioned a throwback baby bump photo. “Happy to announce that our baby was born and we are safe, happy, and healthy at home.”

The Flash star announced that she was “eating for two” in a November Instagram reveal. Following her announcement, a source told Us Weekly that the actress was due to deliver her little one in the spring. 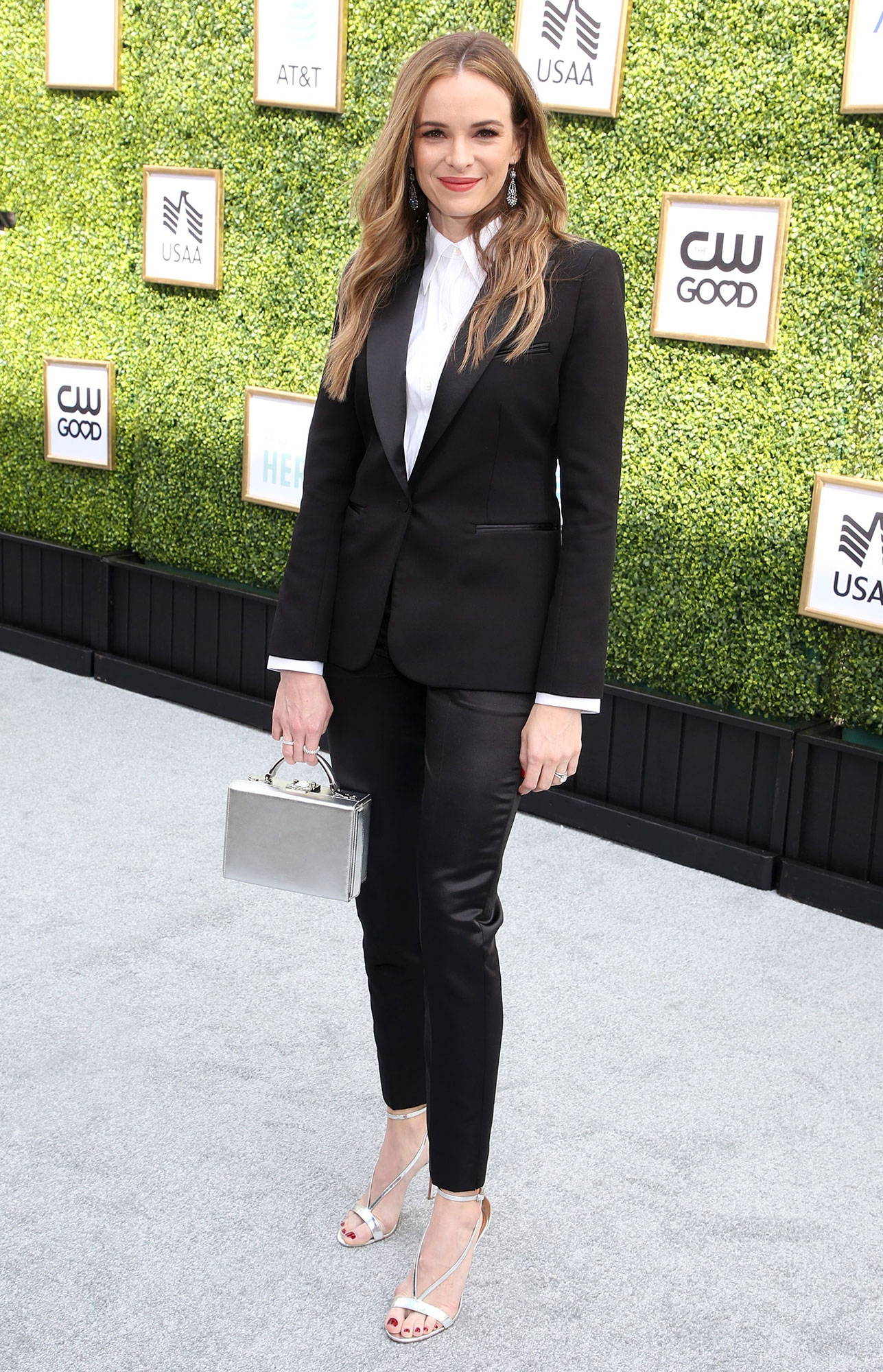 Panabaker and the entertainment attorney wed in June 2017. “Happiest day of my life,” Panabaker captioned a PDA picture on Twitter at the time. The pair, who met through mutual friends, got engaged while vacationing in Greece the previous June.

Amid her pregnancy, the Justified alum directed an episode of The Flash’s sixth season. “#tbt to the first time I directed @cwtheflash. I am so grateful to my Flash Family for their support and the chance to direct again in Season 6!” the mom-to-be wrote on Instagram following her baby bump debut. “I had a fantastic time and learned so much that I brought with me to my second time directing. We had a lot of fun on episode 6 and got to play a lot – can’t wait for you to see the episode on November 19! #TheFlash.”

The Georgia native went on to write, “We wouldn’t have such great episodes without our fantastic scripts. Huge thank you to @ewrote and @cwtheflash writers for all they do. I loved directing “License to Elongate” and hope you enjoy tomorrow’s episode.”

Because of that role, Panabaker was largely absent from the November 5 episode of the CW show. The Stuck in the Suburbs actress explained on Instagram at the time: “I won’t be appearing in this episode much because I was prepping to direct episode 6 (which airs in 2 weeks) but I promise you don’t want to miss tonight’s episode!”