Dave Matthews Band to play in St. Paul on eve of Super Bowl

An extremely enthusiastic crowd kept screaming his name. “I heard a hype man out here getting me all fired up,” Matthews said when he took the stage. “Now I’m paranoid — I have always had a hype man and [my team] kept it from me.”

The singer also joked, “I watched you all coming in. I have photos of all of you on my iPhone… They weren’t all flattering.”

Matthews performed a number of hits for an audience that included Barstool Sports head Dave Portnoy — alone, and swaying back and forth — and Michael J. Fox and his wife, Tracy Pollen who happily posed for selfies with fans.

The “Crash into Me” crooner, who played solo, also paid tribute to LeRoi Moore, the saxophonist and a founder of his band, who passed away on the same day in 2008 from complications after an ATV accident.

“I’m not trying to be a bummer, but I am thinking about him today because today is the day my friend LeRoi died,” he told the crowd. “He was the first person I took my songs to and I said, ‘Will you be in a band with me?’ and he said ‘Yes.” 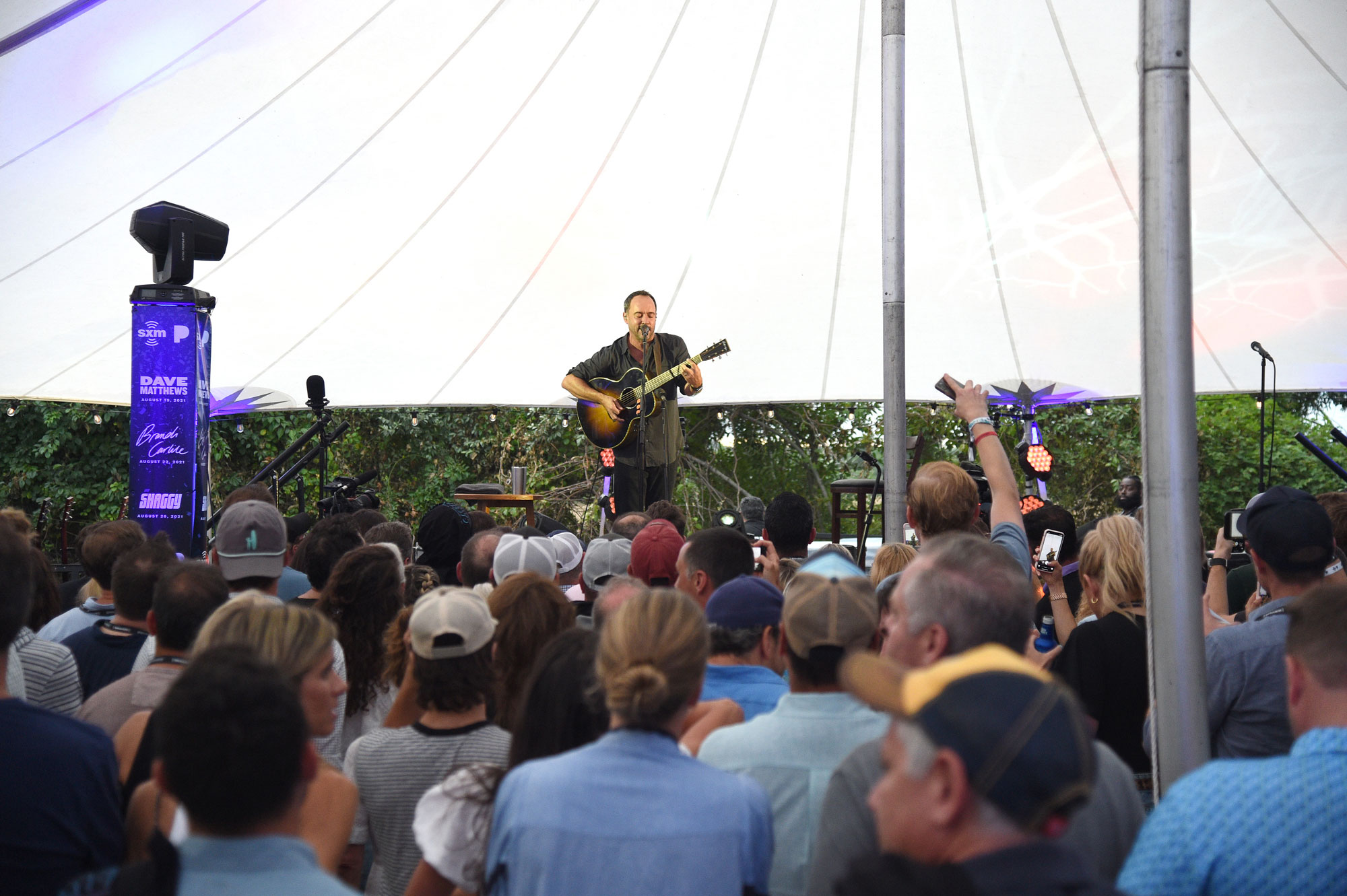 Matthews recalled, “He was a pain in my ass, but he was also lazy… Just so you know what a bit of an a–hole he was, he would’ve loved it if I screwed up. And he would laugh hard.” Matthews then launched into “Virginia in the Rain.”

He also played a new song, “Windows,” which he wrote during the pandemic, saying he was inspired by “the story of those Italian people who were singing out of their windows and were all trapped inside and no one knew what the f–k was happening. It was scary there. I was in Seattle and we were scared s–tless, because it was one of the places it started out in the States.”

The event required that guests show proof of vaccine.