DEFIANT German clubs are lighting their stadiums up in rainbow colours, after Uefa denied Germany's request to illuminate the Allianz Arena.

Munich mayor Dieter Reiter had asked Europe's governing body if they could light up Bayern's stadium in protest to a new law passed in Hungary. 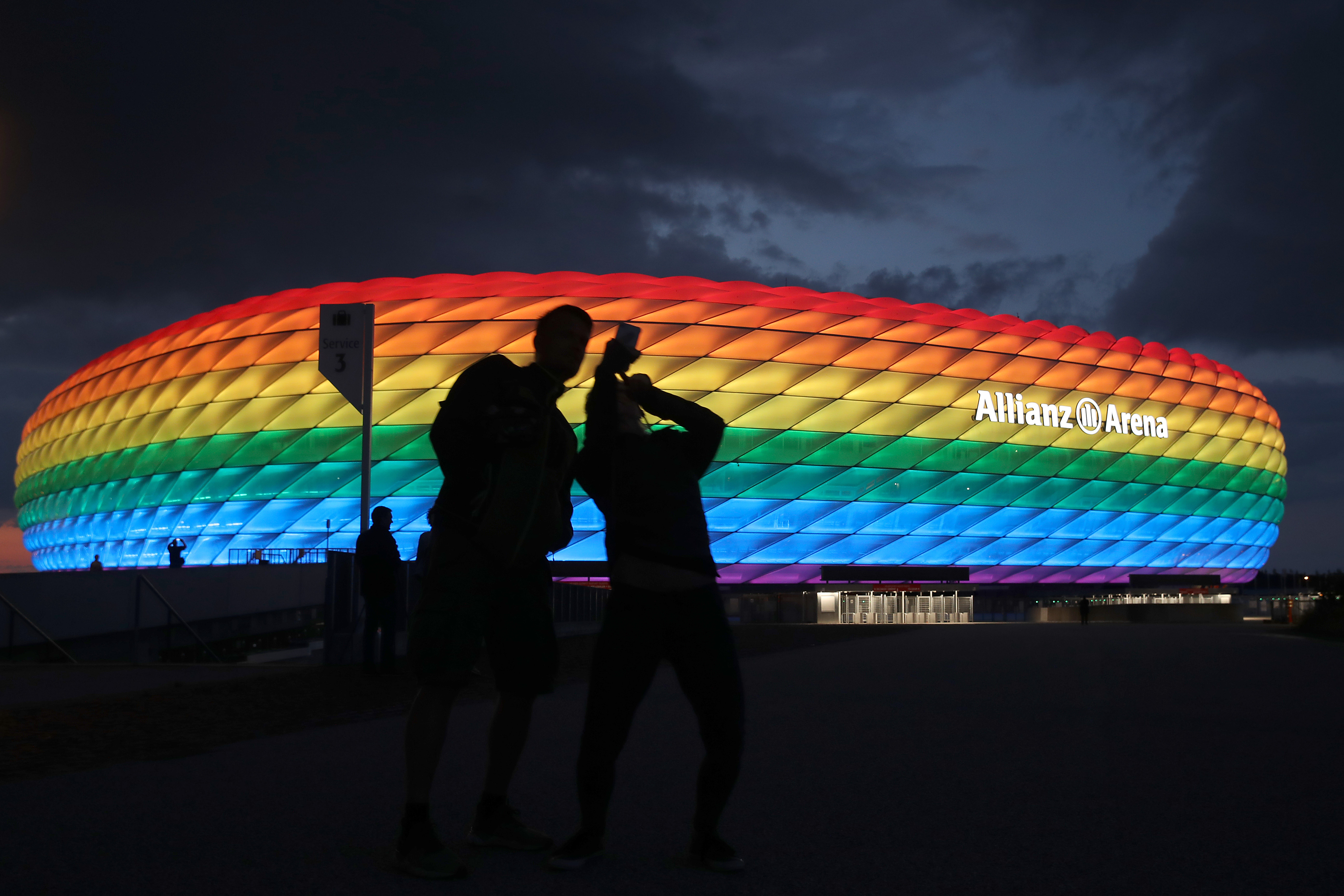 The newly-introduced law prohibits the sharing of content believed to promote homosexuality and/or gender change to Under-18s.

The rainbow is a symbol of LGBTQ+ pride, with German officials hoping to make a stand with the eyes of the world focused on Euro 2020.

But Uefa say they must 'decline' due to being a 'neutral organisation' and suggested other date for the Allianz Arena to host its colourful protest.

Various Bundesliga sides have shared images of their grounds lit up in solidarity with the LGBTQ+ community.

FC Cologne wrote: "A signal for diversity 🏳️‍🌈 During the @DFB_Team_EN
game against Hungary on Wednesday evening, the RheinEnergieSTADION pylons will light up in rainbow colours.

Hertha Berlin, VfL Wolfsburg and Schalke are also among those to have joined the movement.

Uefa's statement read: "Racism, homophobia, sexism, and all forms of discrimination are a stain on our societies – and represent one of the biggest problems faced by the game today.

"Discriminatory behaviour has marred both matches themselves and, outside the stadiums, the online discourse around the sport we love. 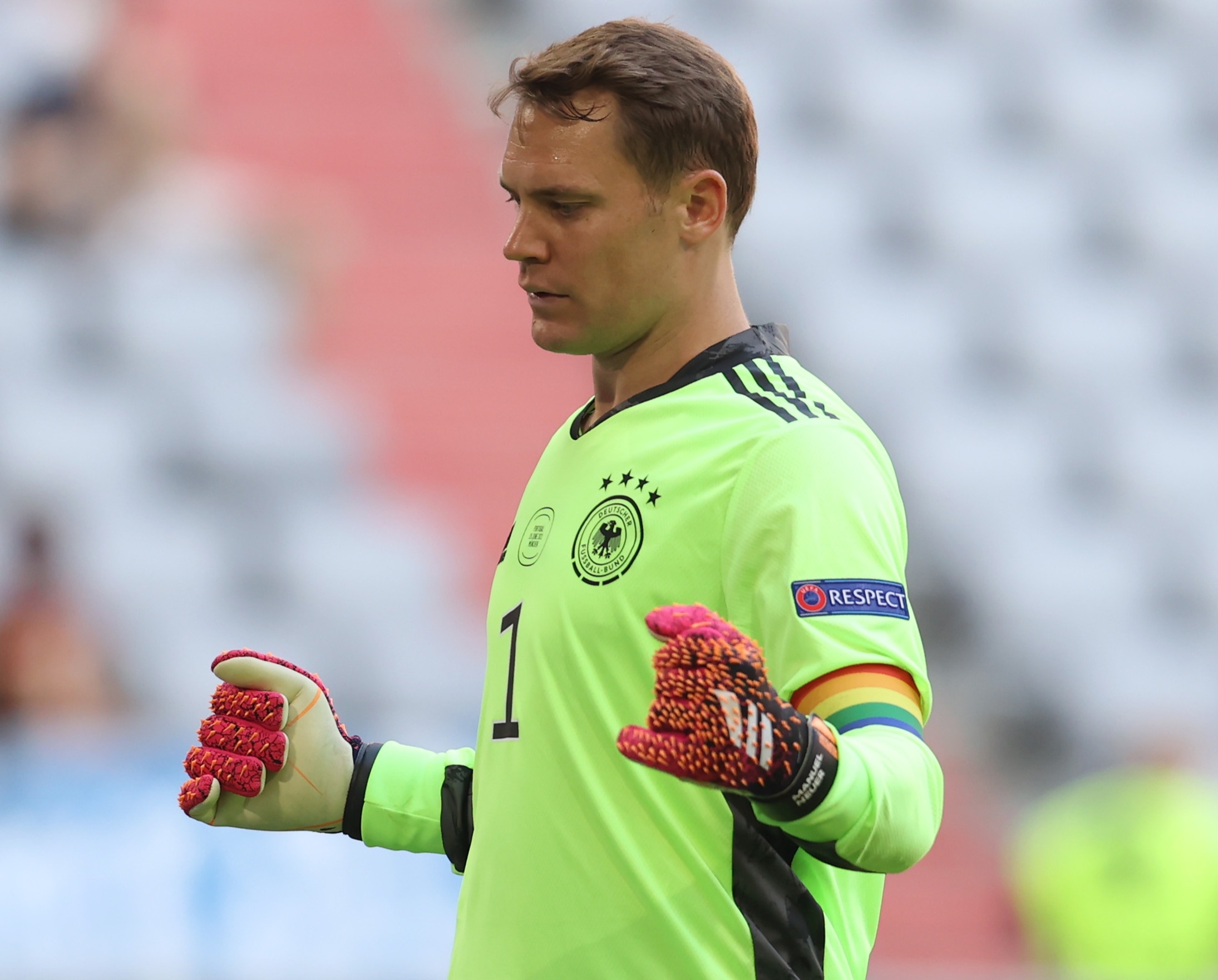 “However Uefa, through its statutes, is a politically and religiously neutral organisation.

"Given the political context of this specific request – a message aiming at a decision taken by the Hungarian national parliament – Uefa must decline this request.”

The statement continued: "Uefa understands the intention is to send a message to promote diversity and inclusion.

"[That's] a cause Uefa has been supporting for many years – having joined forces with European clubs, national teams and their players, launching campaigns and plenty of activities all over Europe to promote the ethos that football should be open to everyone.

"And consequently, Uefa has proposed alternative dates for the illumination which align better with existing events.

During games against Portugal and France, Germany captain Manuel Neuer, 35, has worn a rainbow armband in support of Pride Month.

Uefa opened an investigation whether it could be viewed as a political statement.

However, Uefa have now concluded there is no case to answer, given Neuer was 'promoting a good cause'.

The German Football Association said it had received a letter from Uefa confirming the matter should be considered closed.

It had been feared that Germany could have been FINED for their support of Pride Month with Uefa statutes prohibiting 'political' signs being made during matches.