DEONTAY WILDER 'would love' a FOURTH shot at Tyson Fury – and only 'the big fights' will be his motivation, his manager said.

The American's promised night of retribution against Fury ended in brutal agony after an 11th round knockout loss. 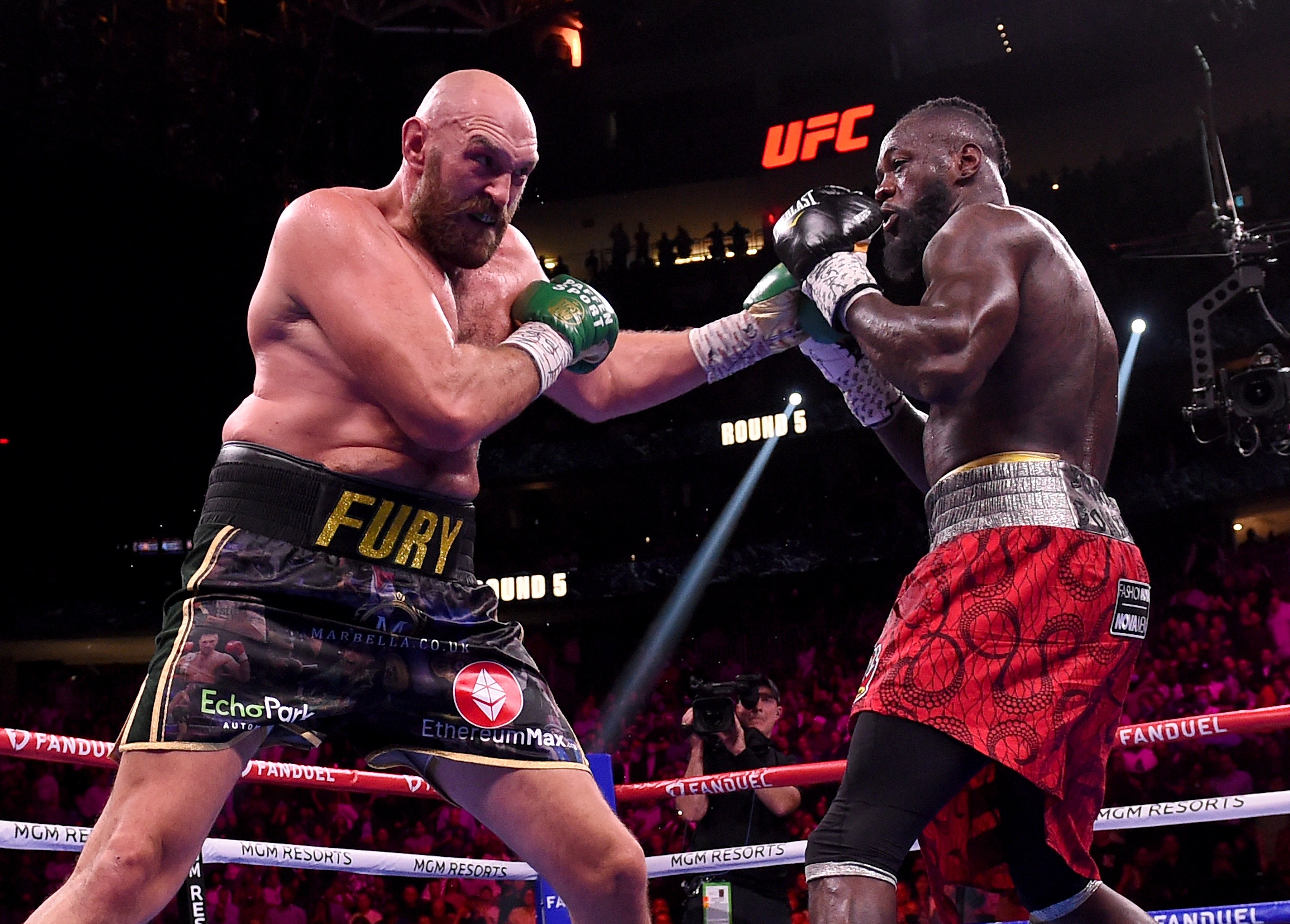 It followed from their disputed draw in 2018 and Fury's brilliantly one-sided rematch win last year.

The heavyweight rivals left the best till last, with five knockdowns scored in total during the epic trilogy bout in Las Vegas.

Despite defeat, Wilder is in line for a comeback by May 2022, with his reputation restored after the gutsy performance, which saw him down three times.

Asked what will motivate the ex-champion when returning, his co-manager Shelly Finkel told SunSport: “My gut is the big fights.

"It’s not on the drawing board now, but he would love to get Fury back again.

“I don’t think people want to see that right now, some of the other fights have to find their way through and then that can be a possibility.

“Because at the end of the day, aside from the winner from the Usyk and Joshua fight, there aren’t many big fights for Fury either.”

Anthony Joshua, 31, who was beaten by Oleksandr Usyk, 34, in September, is another option for Wilder.

AJ first will face Usyk again, but Finkel warned the outcome of the rematch will not affect a future fight between them.

He said: “It’s a massive fight, no matter what happens in the Joshua – Usyk fight.

“But again, it’s early and we have to get through Usyk and Joshua and see a couple of other possibilities.

“And I’m not sure that Usyk, even with his great skills, will be able to deal with the size of Fury.”

Wilder, 35, has now returned home to Alabama, where he will take an extended period of rest, with a six-month medical suspension.

It’s not on the drawing board now, but he would love to get Fury back again.

He will also need to undergo surgery next week for a broken right hand sustained in the fight.

Finkel said: "He's doing well, he gives all credit to Fury to perform the way he did.

“But early in the fight Deontay, probably around the third round, when he got hit, he got hit by the ear and it threw his equilibrium off.

“And I was watching and I said, ‘What happened to his legs?’ Because he trained so hard.

“He also, somewhere in the middle rounds, broke his right hand behind the third knuckle and he has to have that fixed next week.

“He has to have surgery, the knuckle is OK, it’s the bone behind the knuckle that broke.”