Alan Bersten and Amanda Kloots are one of the couples to watch on ‘DWTS.’ HL spoke EXCLUSIVELY with Alan about how Amanda has pushed his choreography to new heights.

This is definitely one of the best seasons of Dancing With the Stars ever. Right from the beginning, Alan Bersten and Amanda Kloots have impressed the judges with their stylish and intensive performances. They both have their eye on the mirrorball trophy.

HollywoodLife spoke EXCLUSIVELY with Alan about working alongside the “positive and encouraging” Amanda this season. He admitted that he thinks this season features his “impressive choreography” yet, and the rest of the cast “elevates the competition.” Read our Q&A below: 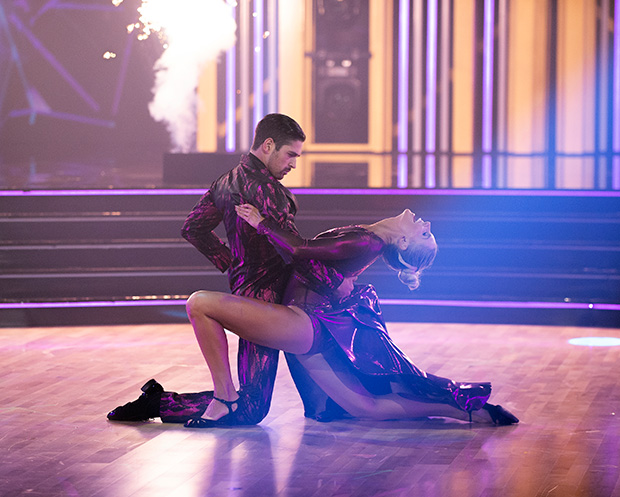 Double eliminations are always shocking. Were you surprised by who went home?
Alan Bersten: Oh, absolutely. I said this yesterday, and I’ll say it again. We’ve had two Bachelor Nation winners in a row. I thought for sure Matt [James] was making the finals. Bachelor Nation I know firsthand is so powerful, and they’ve got your back, so I was shocked that he was in the bottom. Also, Brian [Austin Green] and Sharna [Burgess] I was shocked about. I thought people really connected to the bond. I guess you never really know.

The consensus among fans is that this is really the most talented group of stars yet. Do you agree?
Alan Bersten: Everyone’s incredible. It’s by far the best dancing I think our shows ever had. We’re sitting in the ballroom watching and we’re like, holy sh*t. These people are good. Every show really is so fun to watch. You just can’t help but cheer everyone on. We see someone like Iman [Shumpert] going out there and giving it everything, and it’s so nice. It just puts a smile on your face.

Amanda is one of the most positive people out there. What’s it like working with her? Her positivity is just radiant.
Alan Bersten: It’s the best. Radiant is the best word to describe it. She enlightens the room and when she walks in, she goes out of her way to say hi to people. Most people don’t say hi. She’s just so positive and encouraging. It’s so beautiful to see. She’s gone through so much, and the fact that she’s able to make someone smile and really just look at the good in life, I’m so lucky to be partnered with somebody like that. It just reminds me, and I’m sure everyone, how lucky we all are to do what we love every single day, to be able to feel, live, and talk to our loved ones. It’s just an honor to dance with Amanda.

She does have some Broadway experience but not ballroom experience. She is so open and willing to learn. Is that fun for you as a choreographer to be able to go even further with your performances?
Alan Bersten: Oh, absolutely. I think this season is by far my most impressive choreography, at least I think so. I’m able to really take it places where it’s not easy to take. Honestly, I feel like a lot of people like Jenna [Johnson] and Jojo [Siwa] have that ability. Melora [Hardin] and Artem [Chigvintsev] have that ability as well. Melora definitely has background. You can see, it’s so good, and I feel like that just elevates the competition even more. These dances are truly some of the best dances. I mean, again, I don’t want to say it’s because of me, but these dances are really so beautiful to watch. I’m just so lucky to be part of such an incredible show and to do it with Amanda and take her on this journey.

What would you say has been the biggest challenge when it comes to just partnering and working every week on new dances?
Alan Bersten: Every dance is so different, and you really want to impress Len [Goodman]. He’s the hardest to impress. He really strives for that clarity in each dance as opposed to showmanship. He wants to see that technique. So when you go out there and try to do this technique, you’re learning it in a few days, two or three days. It’s really hard to try to put everything in that he wants and to still make it entertaining. Fitting it all in there and the fact that we had two dances this last week, it’s just difficult with the lack of time. But Amanda is handling it so well. She goes home and practices and sends me videos. I’m like, ‘Just relax. Take a night off. You’re killing it.’ I’m like, ‘I should be practicing!’ 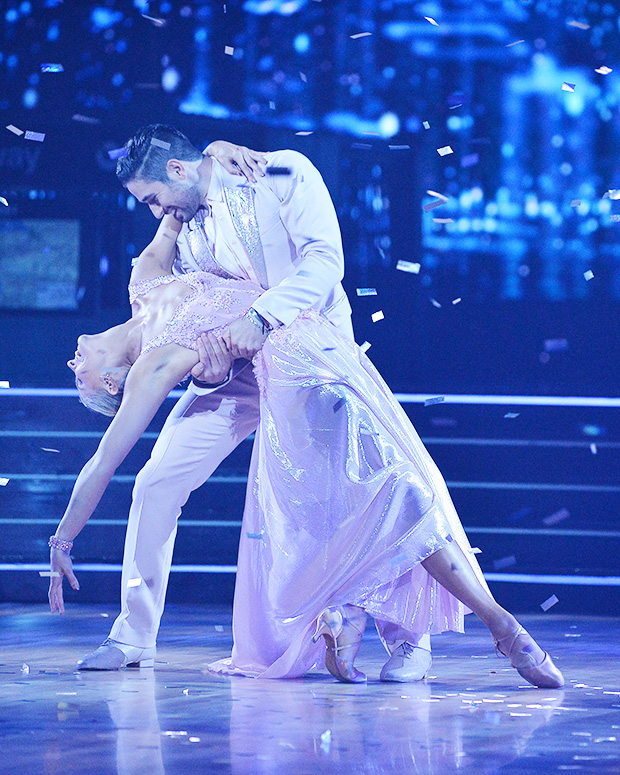 Last season was unprecedented with the pandemic. The show wasn’t able to have an audience, but this season there’s a smaller audience. What has it been like to have that energy back in the ballroom?
Alan Bersten: It is night and day. It is such a good energy in the ballroom again. The fact that all of the partners are sitting on the floor at those tables, it feels so intimate. We still have a small audience because everyone’s trying to be safe. But with that energy that is brought in with that audience, it was so missed last season. I’m so glad they were able to do it. When you’re dancing and randomly people start clapping because they connect to a move, it gives you a spark of joy. It really just makes me smile and do it well. We’re doing it, we’re killing it, and people are connecting to it and that makes me really happy.