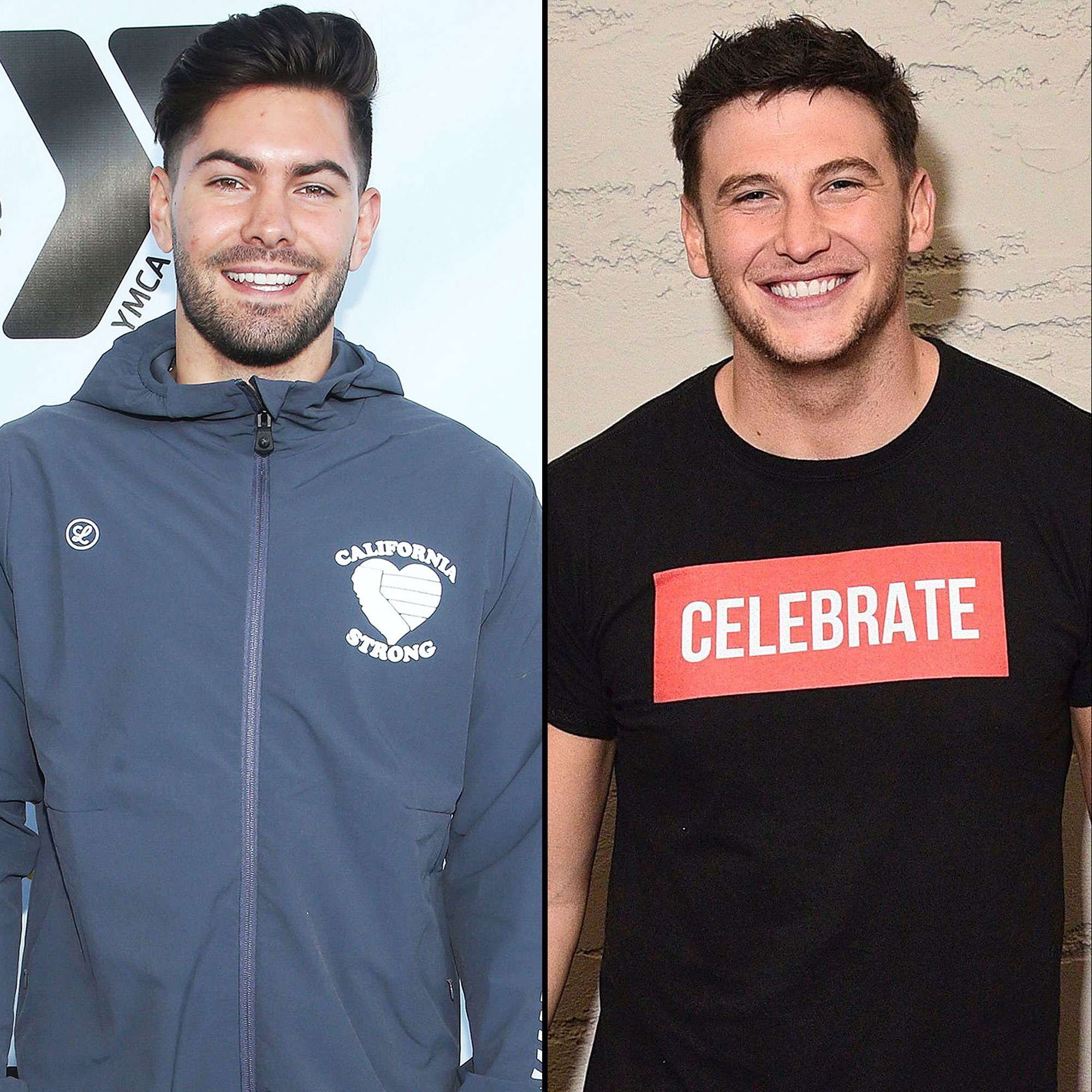 Ready for roses! Dylan Barbour thinks Blake Horstmann should be in the running for season 26 lead of The Bachelor after putting their past drama behind them.

‘Bachelor in Paradise’ Couples Who Are Still Together

“Blake would be great,” Dylan, 27, told E! News earlier this week in a joint interview with fiancée Hannah Godwin. “He’s a funny guy. We’re boys now. We’re in a group chat to text. He’s funny. He wants to be in a relationship.”

However, the Alabama native, 26, recommended that Blake, 32, proceed with caution. “I feel like he went through quite a bit on that show so I guess the ball would be in his court if he wanted to do it again,” she added.

The trio of reality stars were caught up in a love triangle on season 6 of Bachelor in Paradise, which aired in the summer of 2019. A feud unfolded when it was revealed that Blake had paid a visit to Hannah in her home state before filming began on the beach in Mexico.

“I am here for her and I’m pursuing her, man,” the Colorado native, who previously appeared on Becca Kufrin‘s season 14 of The Bachelorette, told Dylan during an August 2019 episode of the ABC spinoff.

Blake’s BiP ups and downs didn’t stop there. He ultimately left the season as a single man after his past hookups with fellow season 6 stars Caelynn Miller-Keyes and Kristina Schulman came back to haunt him. Two years after the drama played out — both on and offscreen — Blake told Us Weekly exclusively he had no regrets.

“I’ll never really apologize for that,” he explained on the “Here for the Right Reasons” podcast. “I’m never gonna regret [or] apologize for defending myself.”

Though the “Behind the Rose” podcast host didn’t find love on the beach, Dylan and Hannah got engaged at the end of the season — and are still together to this day. The three former costars poked fun at their rocky history while visiting Las Vegas earlier this year.

“Throuple goals? 😂 #whowouldathought #threesacrowd #itonlytook2years,” Blake teased in an Instagram post in July, sharing a playful photo of himself splashing in a pool with the couple.

The Vizer app cofounder replied, “ABC is trembling,” while Hannah joked, “I missed this scene on BIP.”

Dylan and the model are taking their time when it comes to wedding planning, but earlier this year, they moved into their first home together in San Diego. Blake, for his part, turned down the chance to return to Mexico for season 7 of BiP, which premiered on Monday, August 16.

‘Bachelor in Paradise’ Season 7: Everything to Know

“Ya know it was close. I went through some testing etc. but at the end of the day, I didn’t feel it was right for me,” he explained in a July Instagram Story. “I am in a good place in my life. Personally, professionally and mentally. I didn’t want to go back into an environment that breeds toxicity and emotional abuse. I didn’t want to put my life in the hands of people that don’t really have your best interest in mind. It’s like having a coach who pushes you to do the wrong things 😂.”