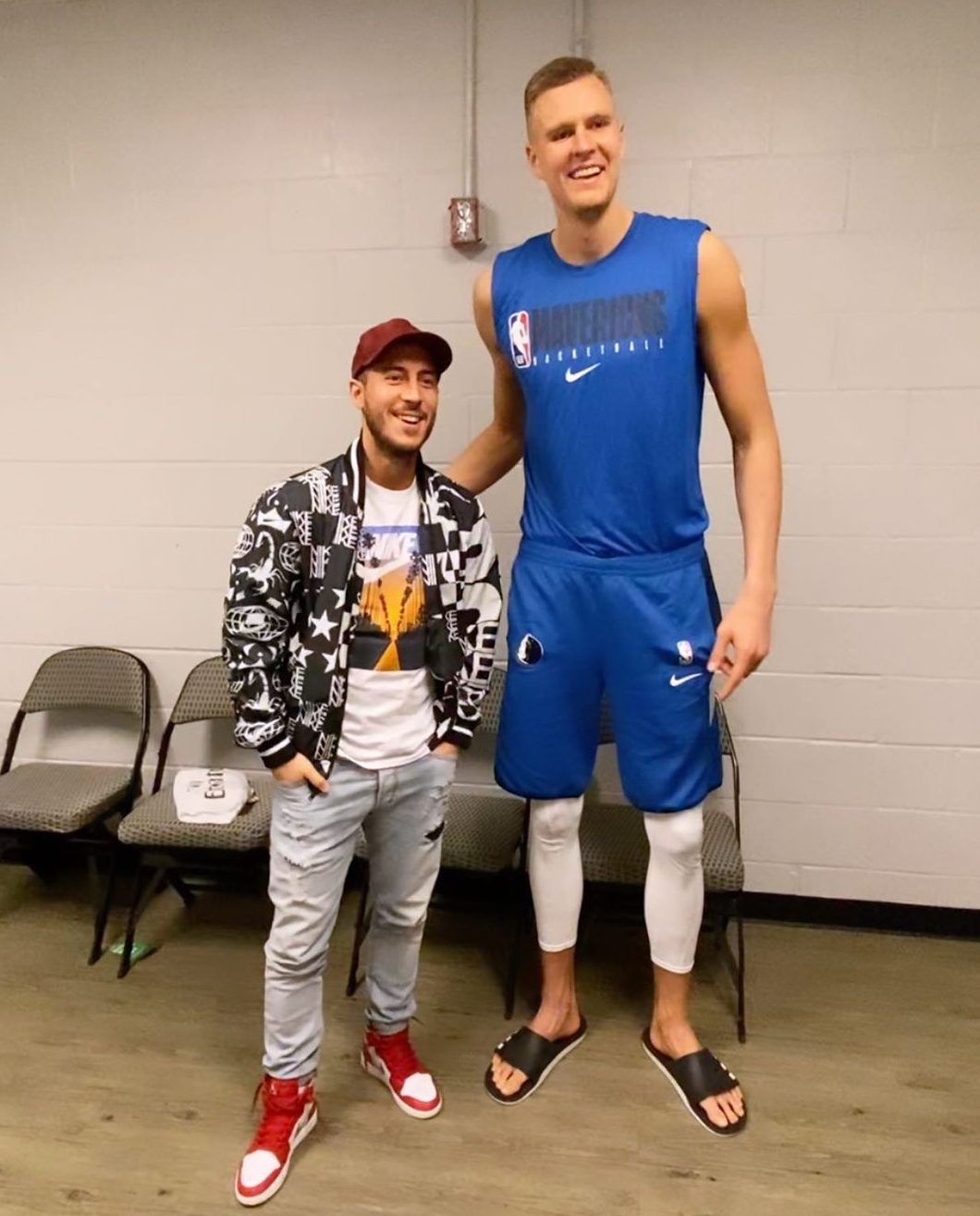 A hairline fracture in his leg has ruled the footballer out, potentially until the summer, and he was filmed telling Doncic that he was set to undergo surgery on Thursday.

Real and Hazard agreed that an operation was necessary after he picked up the injury in the February 22 defeat at Levante.

The Carell Clinic in Dallas will oversee the procedure although Hazard appeared to be moving freely in the meeting with Doncic.

After joining the Mavs from Real Madrid's basketball team in 2018, the 6ft 7in star was named in the NBA All-Star team for the 2019/20 season.

In doing so, Doncic became the youngest European player to earn the honour having previously won the EuroLeague as the division MVP.

Hazard has found life in a Blancos jersey somewhat tougher with just one goal scored after an initial £88.5million move from Chelsea.

Real hope to have the Belgian back within two months of his operation amid their push to win LaLiga and the Champions League.

Zinedine Zidane stated his uncertainty over when Hazard will be able to return, telling reporters: "I don't know if his season is over, I don't know but I hope not.

"I don't know if he will need an operation, it's not my area. I can see he's not happy.

@lukadoncic ? @hazardeden_10 ⚽️ Plus a surprise guest crashes at the end ? #MFFL

@lukadoncic ? @hazardeden_10 ⚽️ Plus a surprise guest crashes at the end ? #MFFL

"It's important he stays positive but of course it's difficult. It's a bad moment, it won't be easy and he will feel like this for a while."

Already this season, the 29-year-old has sat out a total of 36 matches having also suffered ankle, foot and hamstring issues.

Without Hazard, young forwards Vinicius Jr and Mariano Diaz scored in the vital 2-0 El Clasico beating of Barcelona on the weekend.