When Lionel Messi leads Barcelona on to the pitch at the Bernabeu on Sunday for his 42nd Clasico against Real Madrid, the world will see an older, wiser version of the player many consider to be the greatest of all time.

Much has changed for the mercurial Argentine since he made his Clasico debut as an 18-year-old, but the one thing that has not is his unerring ability to score the most important goals in the biggest games against the very best opposition at a rate not seen before.

In March 2007, in his first home encounter against Real Madrid on a Saturday night at the Nou Camp, his last-gasp equaliser earned Barcelona a draw against the old enemy. It also completed his first Clasico hat-trick and was one of the first times we would witness the footballing phenomenon that is Messi making the difference.

Nearly 13 years and 26 Clasico goals later, Messi is still making a difference but questions about his future remain.

How was he back then?

Over the years I have met Messi on many occasions and I had the privilege of writing his only authorised biography. I have watched him flourish and mature as a player and a person both on and off the field.

I met him most recently only last week when he was contributing to a film that is being made on that other footballing miracle maker, Ronaldinho. Back in the day when the Brazilian was king of the Nou Camp, the story has it that he asked the then coach, Frank Rijkaard, to make sure Messi was brought into first-team training. 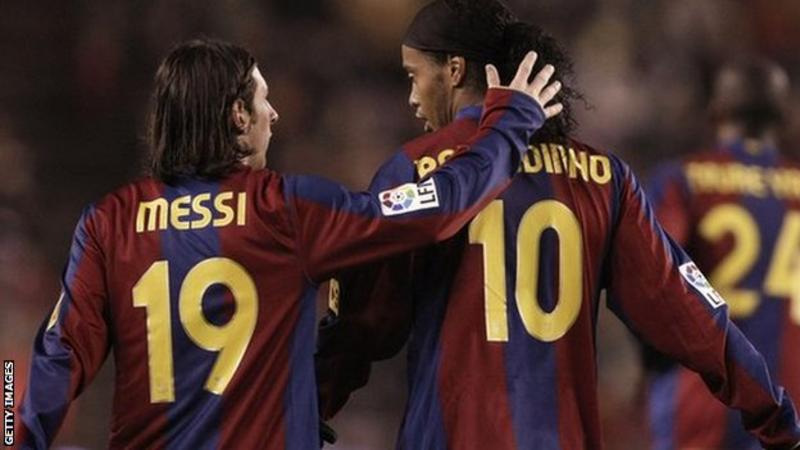 Ronaldinho, who was himself almost certainly the world’s best player at the time, had no doubts after the first session with Messi, saying: “He is going to be the greatest player in the world.”

During his final season with Barcelona and at a time when everyone knew his time was up at the club, Ronaldinho approached Messi and said to him that he wanted him to inherit his number 10 shirt.

When he finally left Barcelona he would say on more than one occasion that one of his greatest regrets in football had been not being able to play more games with Messi. The feeling is mutual.

How is Messi today?

The Messi we see today is a far different person to the impressionable youngster we marvelled at during his emergence.

Now married to Antonella – the love of his life, his soulmate, one of his oldest friends and his anchor away from the uber-pressured world he inhabits – he is the doting father of three sons, two of whom (Thiago and Mateo) are old enough to have begun to take an active interest in football. They train with the Barcelona youngsters under the supervision in the stands of Messi, sitting next to Luis Suarez, who comes to watch his kids too, and they follow their father’s career with interest.

But there are similarities. Now, just as in the early days, he needs to be surrounded by those people he trusts and likes.

Back in the day it was friends like Ronaldinho and Portuguese midfielder Deco who made him feel protected. These days he feels the same level of protection with his great friend Suarez, while Antonella and his growing family have given him a confidence and continuity to his life, along with the perspective to realise that as important as football is, and always has been, there is a life apart from the game involving them that is equally important.

It is a routine which features training in the morning, then coming home to eat with his wife before picking the children up from school, where he will invariably get involved in matters pertaining to their life and education. In fact, his is very much a ‘run of the mill-ionaire’ existence in the seaside suburbia that is the resort of Castelldefels just outside Barcelona; a routine he needs both professionally and personally.

And with this newfound maturity and greater responsibility has come the confidence to speak out more and be more assertive – on and off the pitch. 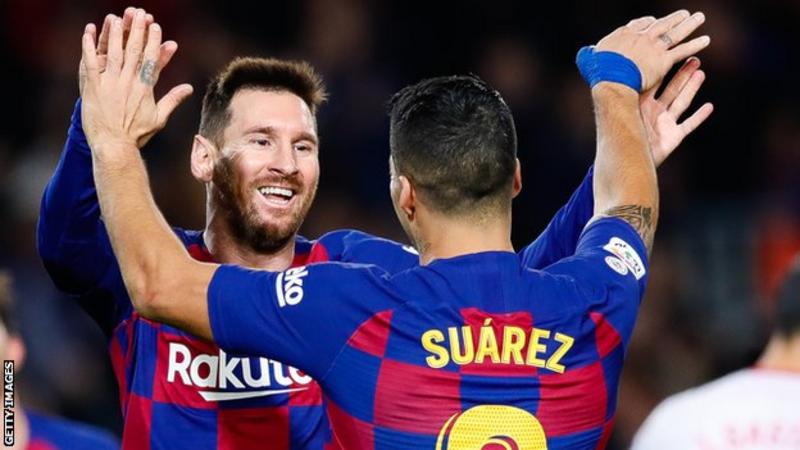 How is he now from a playing point of view?

At any top club, and even more so at somewhere like Barcelona, the manager is ideally both leader and director. As a director you are guaranteed to get into the players’ heads. As a leader you find a way into their hearts.

The fact is that at Barcelona now, the leader is Messi and the coach’s job at the club is to direct proceedings so they can get the best out of him.

There is a perception that Messi is merely a guy who does marvellous things with the ball. It does him a disservice. On the rare occasions when he has been on the bench he will make comments that coaches will listen to, even if they studiously pretend not to.

He sees things on the same level as a coach. On one glorious and exceedingly rare occasion when he was going to come on from the bench against Sevilla, former manager Ernesto Valverde put his arm around him as if to give him instructions before effectively saying to him: “You know best, go out there and do what you like.”

Making sure he gets the best out of Messi will be current manager Quique Setien’s main job, just as it was Valverde’s. Unfortunately he will face the same problems – namely trying to keep Messi on side with a team that has lost many of those elements that made it such a force in the past.

Messi understands the team is not playing well and there is a transition into what Setien wants to do at the club, which is different to what Valverde wanted. He is trying to recover their high-pressure game, where they work to recover lost possession within five or six seconds. To change that is not merely a change of tactics or mentality, but also a physical change which requires the level of fitness to be able to do it.

Sometimes during games at the moment the level is not always at the required standard. As things stand Messi has said himself that Barcelona do not currently have enough to win the Champions League.

That will surely only come about by strengthening the side and there is no doubt how Messi feels that can best be done.

How influential is he in the dressing room?

Messi’s recent spat with director of football Eric Abidal, who implied it was the players’ lack of effort that got previous manager Valverde the sack, is proof positive of the new, confident Messi.

He was swift to go public and issued a statement to tell Abidal that everyone should take responsibility for their own jobs, be they players or administrators. By making a general assertion about the responsibility of players in the recent sacking of Valverde and by not naming names, he said Abidal was effectively tarring everyone with the same brush.

Actually, the truth is Messi wanted Valverde to stay but did not get his way.

“I don’t know what went through his head when he said what he said but I responded because I felt attacked,” said Messi who reacted as a hurt person but also as a captain.

“I felt the players were being attacked. There are enough comments made about the changing room managing everything at the club, including that they hire coaches, players, and especially about me. It has been said that I have a lot of power and take decisions and it upset me when that had been suggested by someone from the club.

“To actually blame the players as part of the reason to get rid of the manager is crazy. It is the sporting director who takes that decision and has to take responsibility for it.”

Will he stay at Barcelona for the rest of his career?

Messi has always dreamed about finishing his career with Newell’s Old Boys in Argentina where he first started. But with around 41% of the population deemed to be living in poverty, a spiralling crime rate in his home town of Rosario and a league that has seen better days, the prospect seems less attractive.

It is difficult to imagine him spending any long period there once he leaves Barcelona. Perhaps a year before the 2022 Qatar World Cup. Now 32, would that be the year when he retires? He will decide year by year.

When asked if he will stay at Barcelona he always gives the same answer: “As long as both sides are happy, why not?” 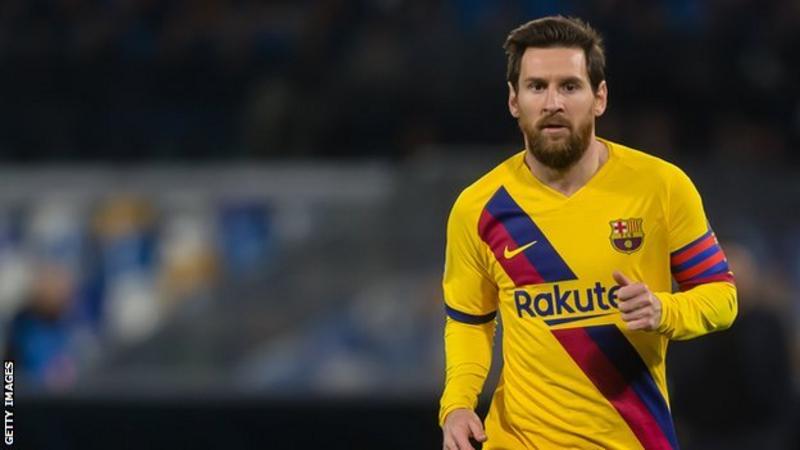 But the overriding consideration has always been that he should be playing in a team that is competitive and fighting for trophies and titles.

To that end he has a clause in his contract which says he can go at the end of every season in the summer as long as he tells the club by the end of May. And what’s more, he can leave for free, which should concentrate the Barcelona minds on ensuring he remains ‘happy’.

There have been times when he has thought about leaving. Manchester City at one point thought they had a chance of signing him, as did Real Madrid in the early days. Even Arsenal tried it, although the reality was always that Messi needs to be somewhere where he does not feel out of his comfort zone.

Offers have arrived from everywhere, from China to the United States, where a consortium has considered the ambitious possibility of putting Cristiano Ronaldo and Messi together in the same team in a few years’ time.

So how can they guarantee keeping him happy?

Fundamentally Barcelona need to strengthen their side, and quickly, not just to keep Messi happy but also if they want to remain competitive on all fronts. And once again the name on everyone’s lips is that of Neymar, who would love to return to Spain, although the fact he is currently fighting legal cases against his potential new employers is not going to help matters.

Messi and most of the other Barca players wanted the Neymar deal to be done last summer and the general feeling among them is that, for whatever reason, the club did not do enough to facilitate the move.

His idea was probably that Neymar could come back to Barcelona and take over as leader when he says his goodbyes perhaps two, three or four years down the line.

Messi would love to have him back at the club and I’m sure a real effort will be made this summer to make it happen, not just because Messi would like him there but also because it is what is needed.

Neymar and Messi get on very well together on and off the pitch and they are still in touch with each other on a regular basis, including keeping a WhatsApp group with Suarez.

What the best players like Messi want is to be able to play with the world’s other leading players and to compete at the highest level. Off-field politics is not their area of expertise and players will invariably try to distance themselves from it.

On Sunday Messi will hope he can concentrate on what he does best – starring on the world stage in what many consider the biggest club game on the planet.