Retirees could work without having their government payments sharply reduced under a plan put to the federal government aimed at unleashing a “grey army” to fill staff shortages across the economy.

As housing advocates called on the government to boost funding for social housing, lobby group National Seniors said axing the income test on the aged pension would be a powerful incentive for people in their 60s and 70s to stay in the workforce. 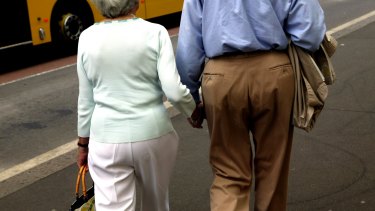 Older Australians would not have their pension payments reduced if they earned more than $180 a fortnight under a plan aimed at boosting the number of older people in the workforce.Credit:Peter Braig

An increasing number of businesses are reporting struggles to find workers, with the jobless rate at 4.2 per cent and forecast by the Reserve Bank to end 2022 around 3.75 per cent.

Treasurer Josh Frydenberg noted this week the country’s labour participation rate was close to record highs, unlike countries such as the United States and Britain where the total workforce had fallen during the COVID-19 recession.

The government has increased the JobSeeker income free area and the age pension work bonus in a bid to bring more people into the jobs market. Under the bonus, the first $300 of fortnightly income is not counted toward the pension income test.

But Australia’s labour participation rate among people over the age of 65 is 15.2 per cent, the same as it was in mid-2019. While the rate has increased over recent years, that has largely matched the lift since 2017 in the retirement age. The age pension access age will reach 67 in mid-2023.

National Seniors cited New Zealand as an example of the problems caused by Australia’s approach to means testing of the age pension. In New Zealand, where the jobless rate fell to a record low of 3.2 per cent in December, almost a quarter of all pensioners work.

According to National Seniors, fewer than 3 per cent of Australian pensioners are in the workforce.

National Seniors argues axing the income test for pensioners with limited assets would bring many more potential workers into the labour market. It is proposing the change could be introduced broadly or targeted at people working in areas of critical labour shortage such as health and aged care, mining or agriculture. 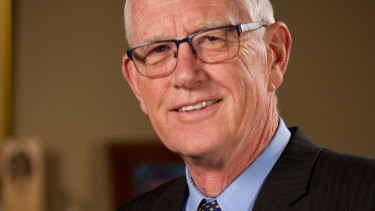 National Seniors chief advocate Ian Henschke says axing the income test on the age pension would pay for itself with higher workforce participation.

National Seniors’ chief advocate, Ian Henschke, said the 50¢-in-the-dollar reduction in the pension meant for many older Australians it was not worth working an extra day or two a week.

He said a change to the treatment of employment income under the pension income test would be of particular assistance in areas such as aged home and residential care, which require large increases in workers.

“This would boost their income and savings in retirement. If we change this and encourage – not discourage – the participation of older workers, it will boost the nation’s productivity,” he said.

“Josh Frydenberg needs to act now. You’ve got a budget coming up, so it’s time to show some common sense and fix it. With an election looming, [Labor leader] Anthony Albanese and [shadow treasurer] Jim Chalmers should consider it too.

“This policy change will not be a cost to the budget. Quite the opposite. It will boost GDP, increase tax revenue and create a grey army of new workers to build a better future for Australia particularly in aged care.”

Mr Henschke said there were fewer than 76,000 pensioners with any employment income, arguing this meant the cost of the change would be limited.

While National Seniors are pushing for tax concessions to boost workforce participation, Everybody’s Home – a national campaign to end homelessness – wants an overhaul of social housing in the budget.

In its pre-budget submission, it argued under-investment in social housing was costing the federal government $676.5 million a year due the social costs of increased homeless and service provision. By 2036, if there was no increase in social housing, the cost would reach $1.3 billion.

It is calling for the construction of 25,000 social housing properties a year, the development of a national housing strategy led possibly by a federal statutory agency and increasing Commonwealth rent assistance by at least 50 per cent.

The organisation’s spokesperson, Kate Colvin, said the surge in rental and property prices over the COVID-19 pandemic was breaking family budgets and pushing families into homelessness.

An investment in social housing was urgent and worthwhile, she said.

“Australia’s common prosperity is best served by a housing system that gives people on low and modest incomes genuine choice and provides them with security and stability,” she said.

“The increasingly brutal financial contest for housing is simply indecent. We can do better.”

The federal budget will be handed down by Mr Frydenberg on March 29.

Fascinating answers to perplexing questions delivered to your inbox every week. Sign up to get our new Explainer newsletter here.