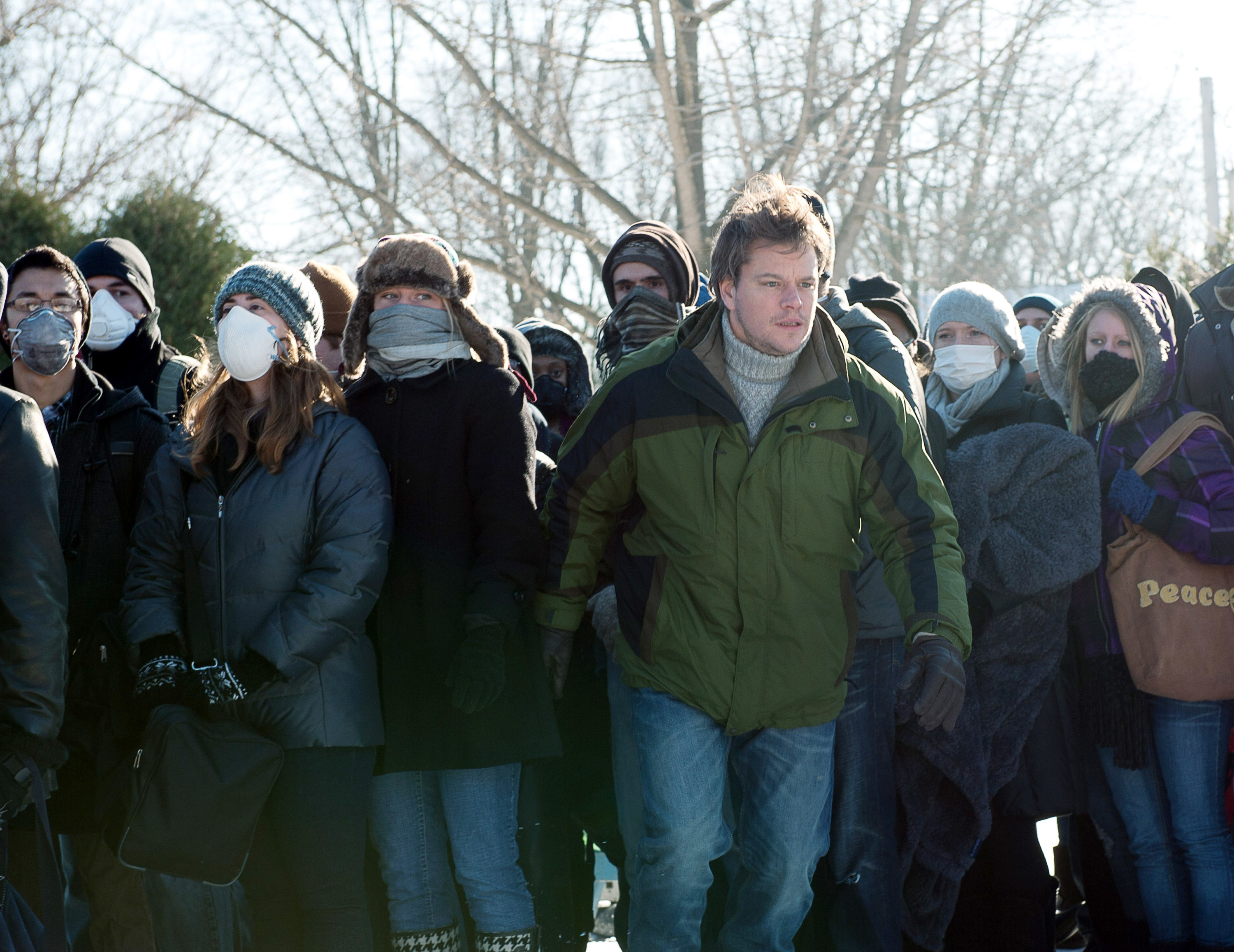 Of the 10 most-rented movies in the US right now on Apple’s iTunes store, nine were released last year. Among them is the Best Picture Oscar winner Parasite, the word-of-mouth hit Knives Out, and the Disney sequel Frozen II.

Then, in 10th place, is a film made nine years ago: Contagion.

The Steven Soderbergh–directed film from 2011 is enjoying renewed attention and interest amid the worldwide coronavirus outbreak. It was the 15th most-rented film on Jan. 29 on iTunes. One year ago, it wasn’t even in the top 100.

It’s easy to understand why Contagion is enjoying renewed popularity amid the coronavirus outbreak. The star-studded movie tells the story of a mysterious and deadly new flu virus that sweeps the world in a matter of weeks, killing millions. The classic Soderbergh procedural follows health care workers and investigators with the CDC and WHO trying to contain the outbreak as social order crumbles around them.

“It was very deliberately designed to be a cautionary film,” producer Michael Shamberg told BuzzFeed News in a phone interview, noting the many experts who consulted on the movie. “We got the science right.” 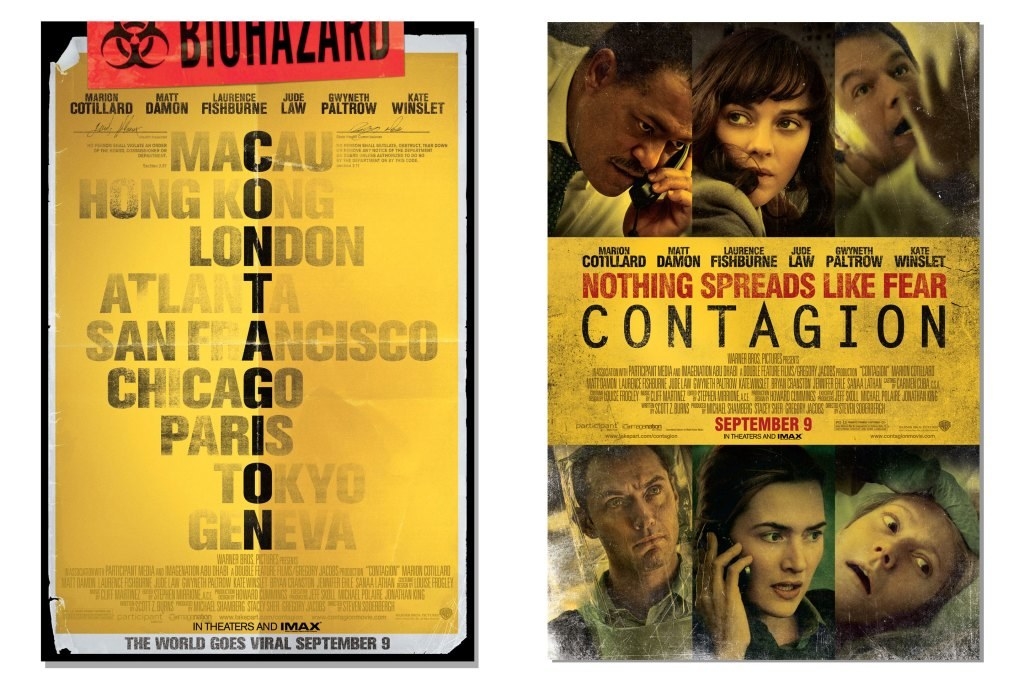 A spokesperson for Warner Bros., the film’s distributor, told BuzzFeed News that in addition to the movie’s number 10 spot on the iTunes charts, it’s currently at number 21 on Google Play and is trending on Amazon.

Across the entire collection of titles in the Warner Bros. catalog (i.e., films not considered new releases), Contagion was the 270th most-watched WB film in December. So far in 2020, it is the second most watched.

“A writer/producer I’m working with emailed me yesterday that at least 10 of his friends have rewatched it,” said Shamberg, who has served as an adviser to BuzzFeed Motion Pictures.

More than 30 users have written reviews for the movie since Jan. 1 on its IMDB page.

“Excellent movie to watch during this coronavirus season,” one reviewer said.

“The movie does a good job of showing how a virus can spread from little situations and contact such as a doorknob or a wine glass,” said another. “Hopefully I am not writing this as a future dead man due to this virus.”

Online searches related to the film have also spiked since late January, according to Google Trends. 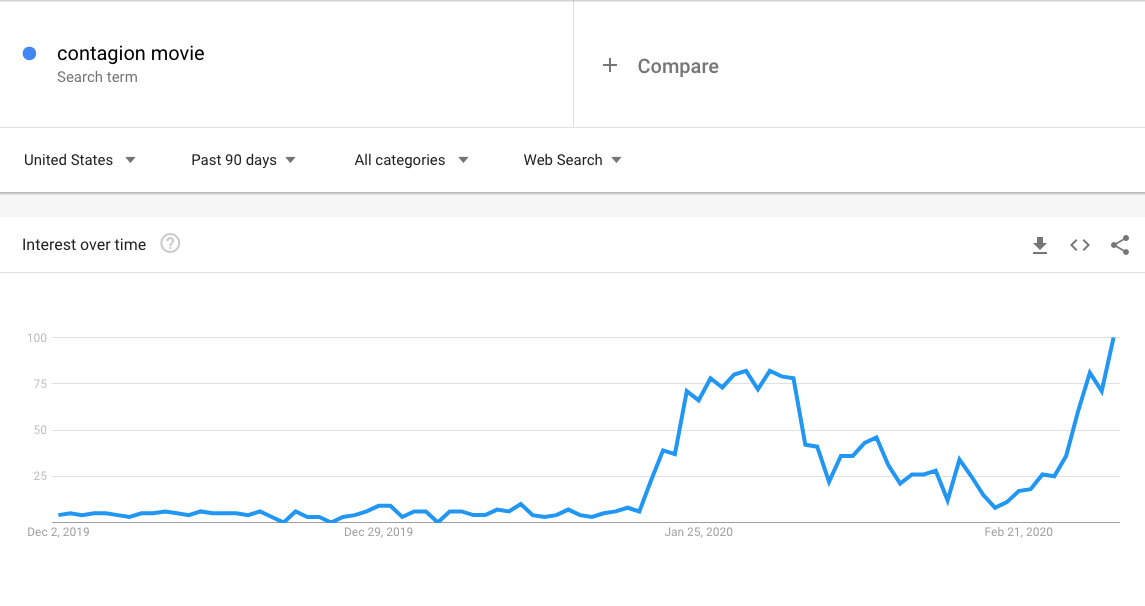 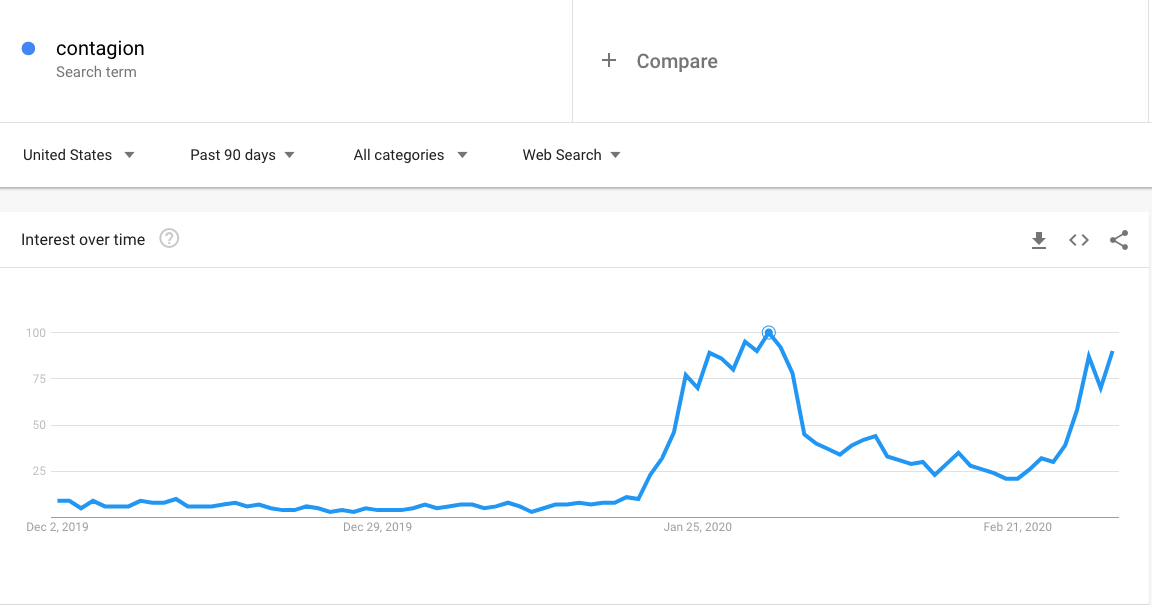 The film’s writer, Scott Z. Burns, told Fortune magazine last month he had been watching the coronavirus outbreak with interest. (Burns’ father died from unrelated illnesses over the weekend and a publicist said he was not available for an interview.)

While the fictional disease in the film is much more deadly than COVID-19, caused by the new coronavirus, Burns said he and Soderbergh were most interested in using the virus to explore “how the preexisting conditions in our society make us susceptible to fear as well as the virus.”

“The similarities between our contagion and the coronavirus are immaterial, accidental, and really not that important,” Burns told Fortune. “What is more important and accurate is the societal response and the spread of fear and the knock-on effects of that. That is proving to be accurate.” 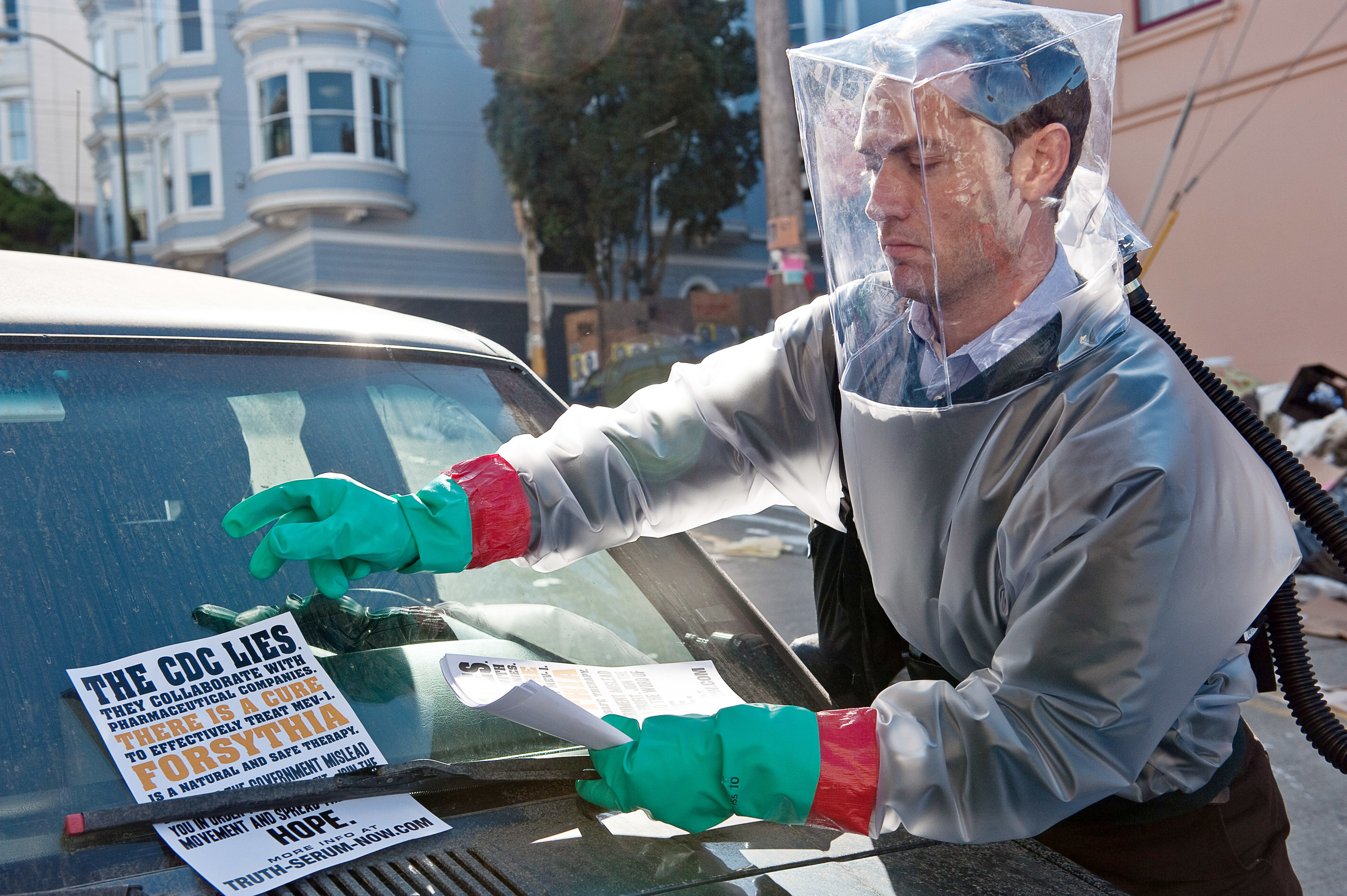 In particular, he noted the conspiracy theory blogger Alan Krumwiede, played by Jude Law, who seeks to capitalize on misinformation by hawking a fake cure.

In one key scene, a CDC official played by Laurence Fishburne chastises Law’s character on live television for spreading fear through rumors. “In order to become sick, you have to first come into contact with a sick person or something that they touched,” Fishburne’s character says. “In order to get scared, all you have to do is come into contact with a rumor, or the television, or the internet. I think what Mr. Krumwiede is spreading is far more dangerous than the disease.”

Shamberg, the producer, said he is not surprised that Burns seemed to correctly anticipate the online fake news that has spread about the coronavirus, as well as the panicked mass buying of supplies, because the screenwriter had ambitious goals in writing Contagion.

“It was always part of the original vision of the piece. You couldn’t just look at the doctors and the people, but what else would happen?” he said. “It sort of anticipated fake news that is used by people for their own ends.”

And while Soderbergh did intend to scare audiences in making the film, Shamberg said he hopes new Contagion viewers still find something positive in the movie.