THIS is Europe’s final footballing outpost, where the nation’s President believes ‘tractor therapy’ can cure a deadly virus.

Welcome to the Belarusian Premier League. 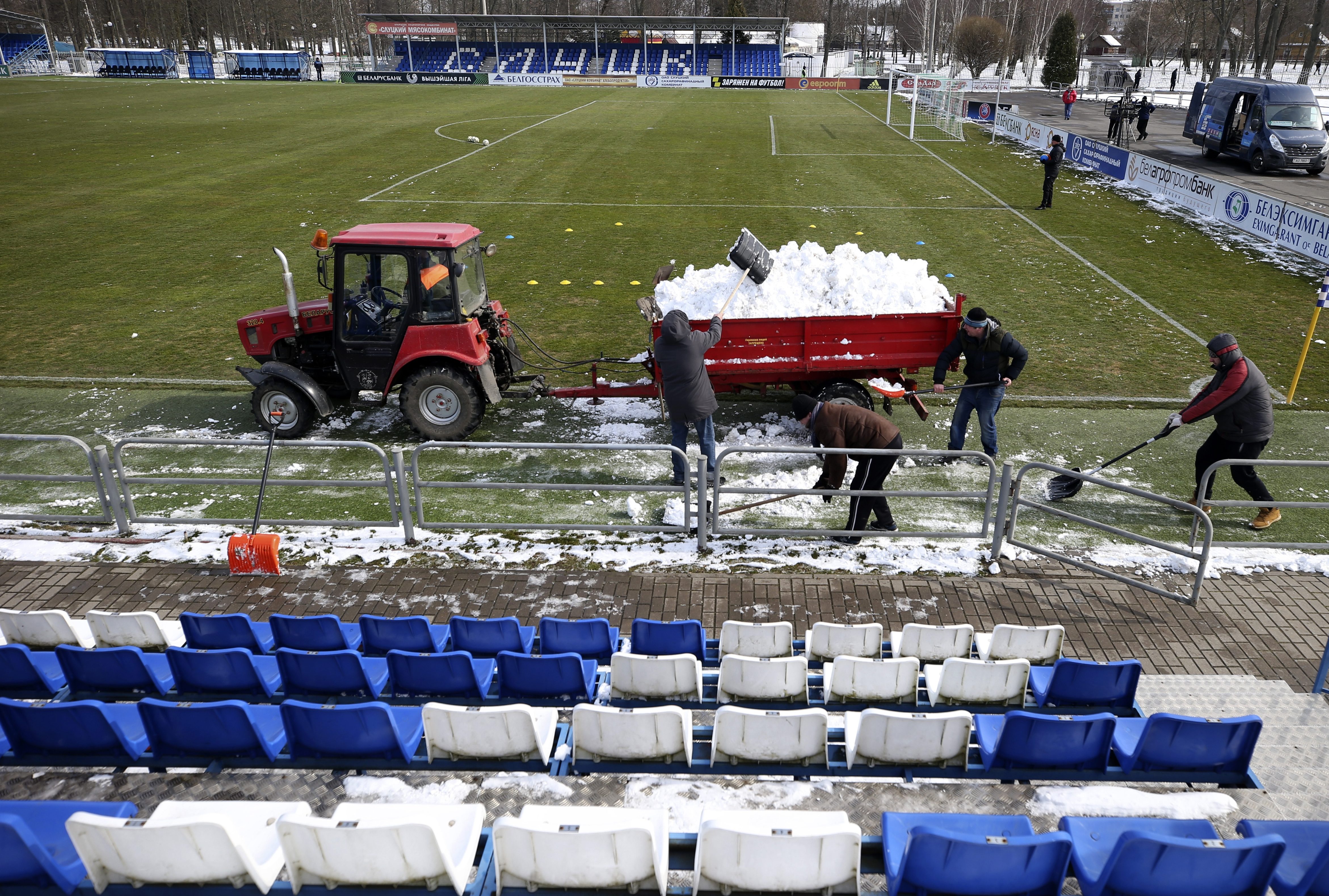 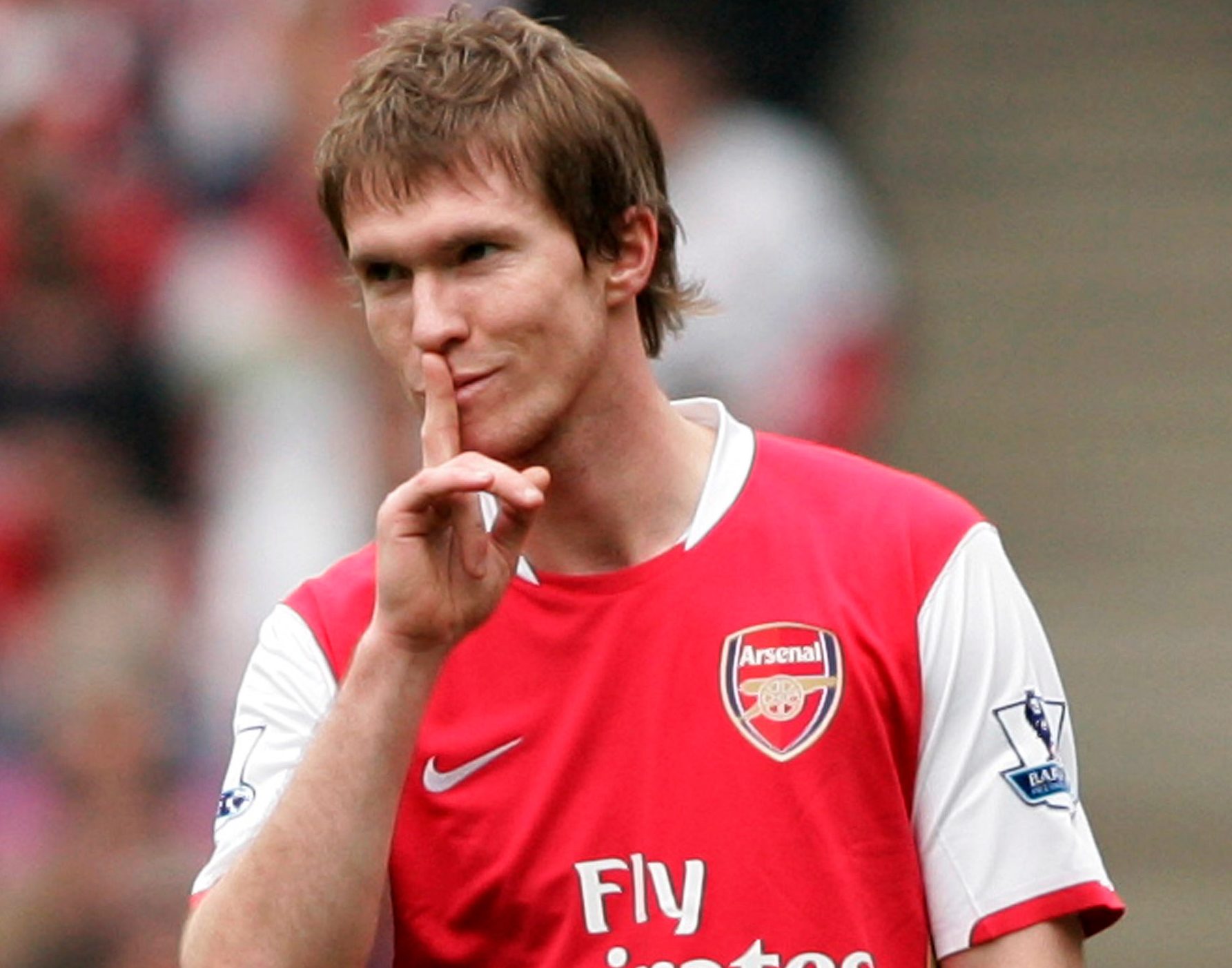 Former Arsenal and Barcelona star Alexander Hleb admits “no one cares” about the coronavirus in his homeland.

On Thursday, as Uefa debated how to save the season, one country went about its business as usual.

At 2pm local time in the Belarus capital of Minsk, Energetyk-BGU kicked off the new top-flight season against BATE Borisov.

After the Turkish Super Lig finally suspended matches Thursday, March 25, the eastern European nation is the last on the continent still playing.

Minnows Energetyk-BGU pulled off a shock 3-1 win over the country’s most successful club in front of 730 fans — meaning the stadium at the city’s State University was half full.

Hleb hung up his boots at Isloch Minsk last year. When his old club kicked off their season on Saturday, he stayed away. But there is little such caution being exercised elsewhere in Belarus.

Hleb said: “All the world now watches the Belarusian league. Everybody should go to their television and see us.

“When the NHL closed the season, a lot of ice hockey players went to Russia to play. Maybe Lionel Messi and Cristiano Ronaldo might come to the Belarus league to continue. You know? 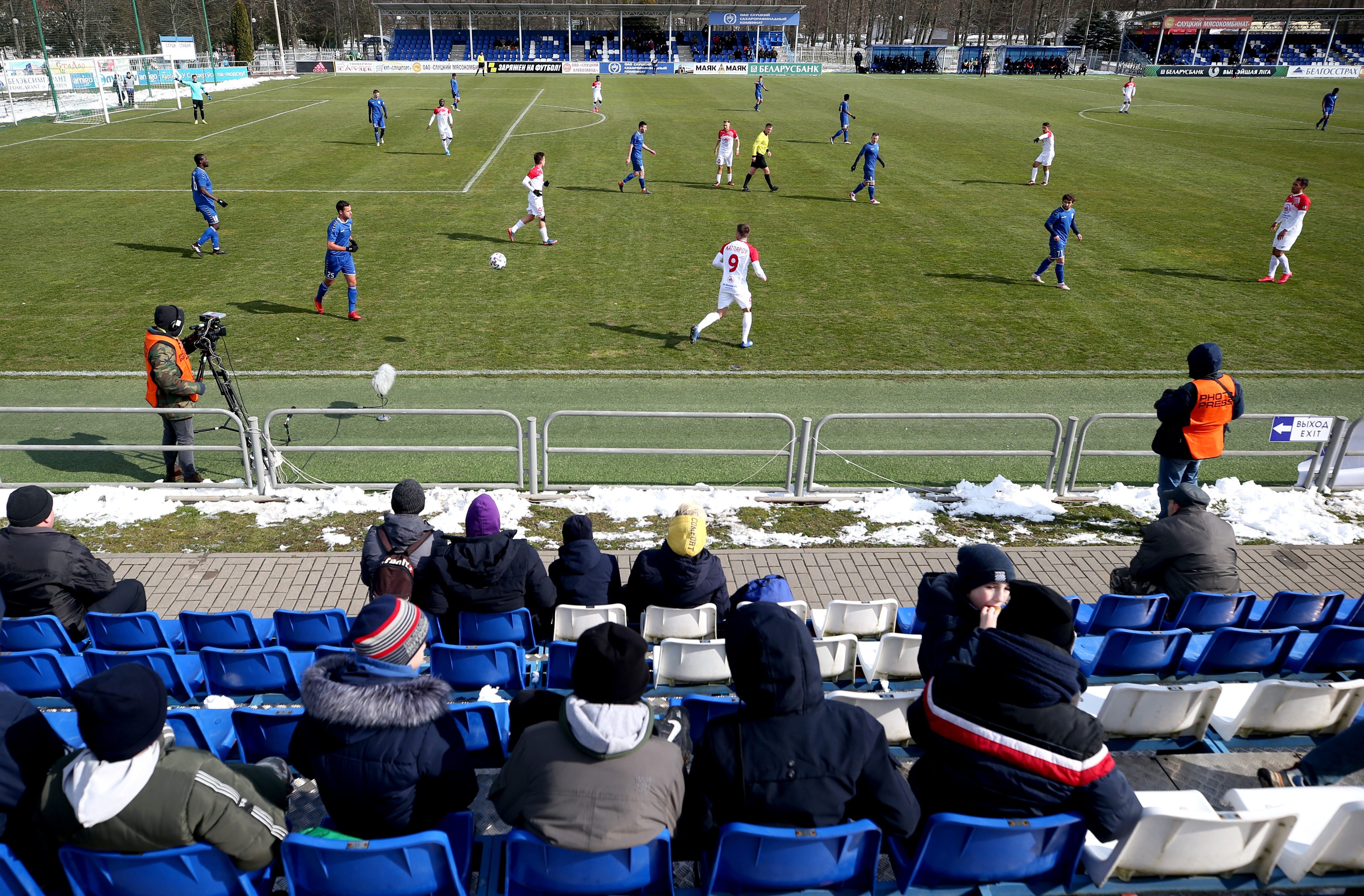 “It’s the only place in Europe you can play football. At least then the people of Belarus will be happy.”

Given the country’s wider response to the pandemic, it is perhaps not surprising that the authorities are yet to suspend the football league.

He said: “People are working in tractors, no one is talking about the virus. In the villages, the tractor will heal everyone. The fields heal everyone.”

Lukashenko, in power in Belarus since 1994 and dubbed Europe’s last dictator, heads up one of the continent’s most secretive and authoritarian regimes. Press freedom and political opposition are heavily restricted.

In response to the virus outbreak, which by last Thursday had recorded 51 confirmed cases in the country, the President said that Belarusians “do not suffer the same psychosis as those in Western Europe.”

But Hleb is not buying it. He added: “The coronavirus has closed the Champions League and the Europa League. This is good, because you have to try and stop it. Uefa have done the right thing. 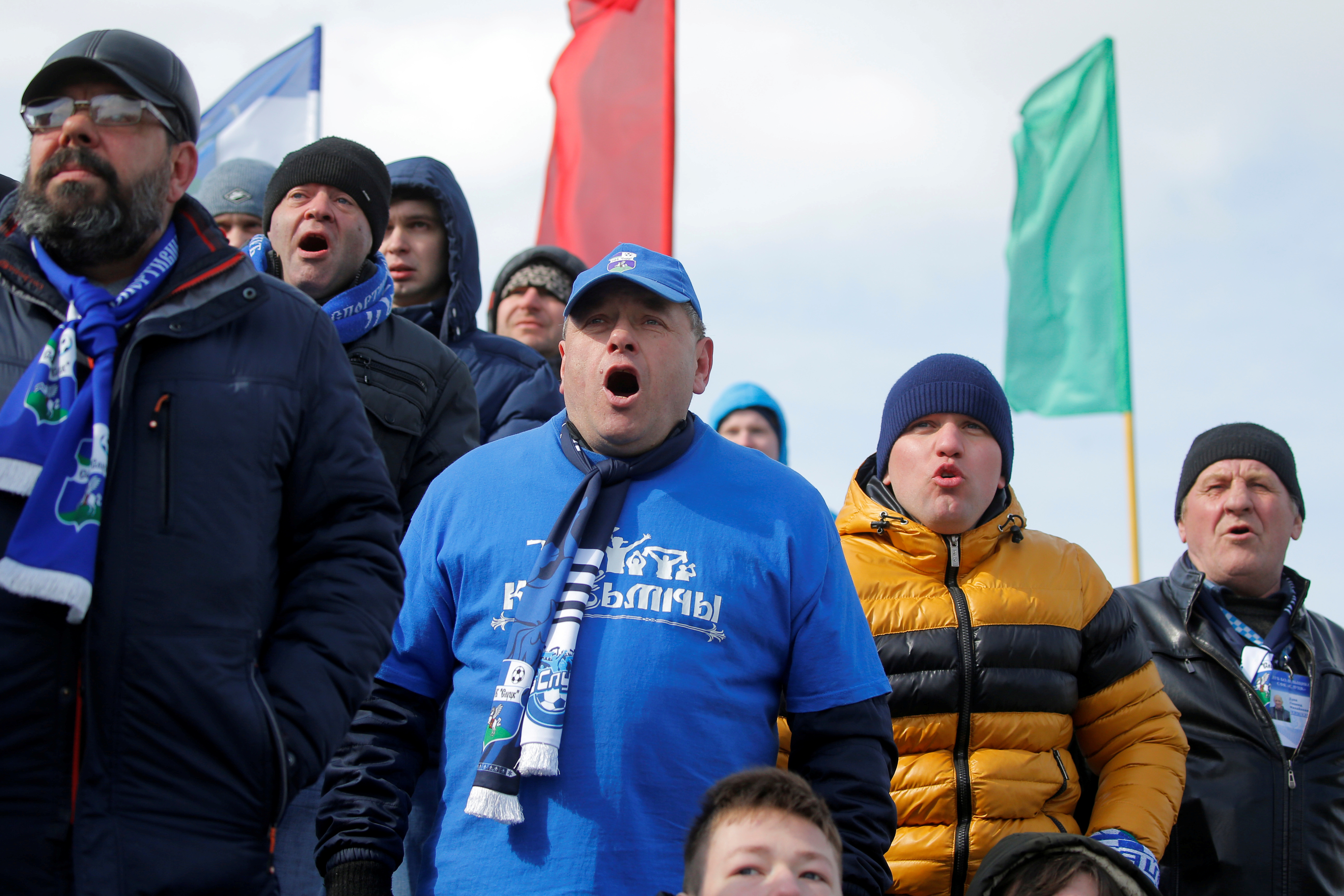 “But in Belarus, it’s like no one cares. It’s incredible. Maybe in one week or two weeks we will stop here. Maybe our President is just waiting to see what happens with the virus.

“Everybody here knows what’s happened to Italy and Spain. It doesn’t look good.

“But in our country, people in the presidential administration believe it’s not as extreme as the news says.

“A lot of young people and students here think like this. I’m keeping at home with my family. But when I go out, the streets and restaurants are still busy.”

The national team had been due to face Georgia in a sold-out game in Tbilisi next week in a Euro 2020 qualifying play-off, the biggest match in the country’s history.

Since winning independence from the Soviet Union in 1991, it is the closest they have been to qualifying for a major international tournament.

Hleb said: “Everybody’s been training as normal, getting ready for the new season. They just don’t care.

“I care about my health and my family. I’m keeping to minimum contact. I won’t be going to Isloch.

“It’s very difficult to explain our country. All leagues have closed but we don’t seem to think it’s a problem. Why? I don’t know.”