A sense of humour is probably reasonably high on the list of key skills needed when you consider opening a holiday resort for paying guests – especially when the year is 2020.

One British ex-pat hotel owner is using her Twitter account to document some of the couldn’t-make-it-up encounters she’s experienced in hospitality while living in the Far East.

Twitter user Caroline Mills, a UK national living in Vietnam, regularly posts on the Fawlty Towers-style happenings at the villa resort she runs, including stray cows lapping up the swimming pool, honeymooners requesting a bath when there’s no actual running water and cheeky holidaymakers haggling for £5-a-night rates. 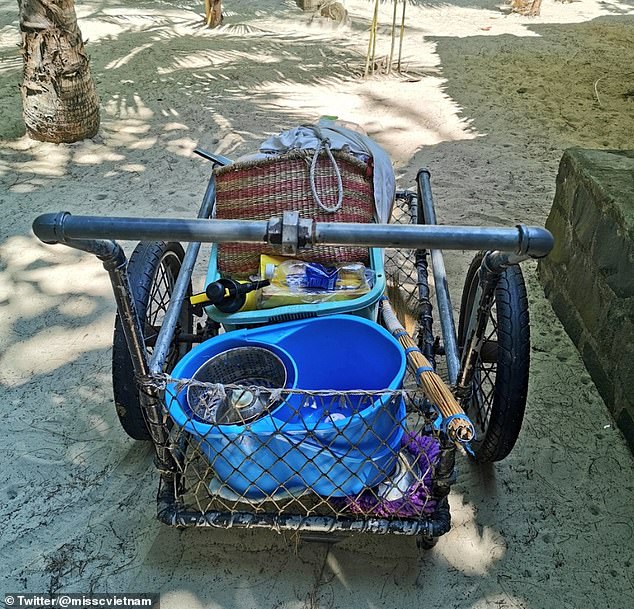 Living the dream…or maybe not: Vietnamese resort owner Caroline Mills posts deadpan observations about the realities of life dealing with demanding guests and logistical nightmares on her Twitter account @misscvietnam 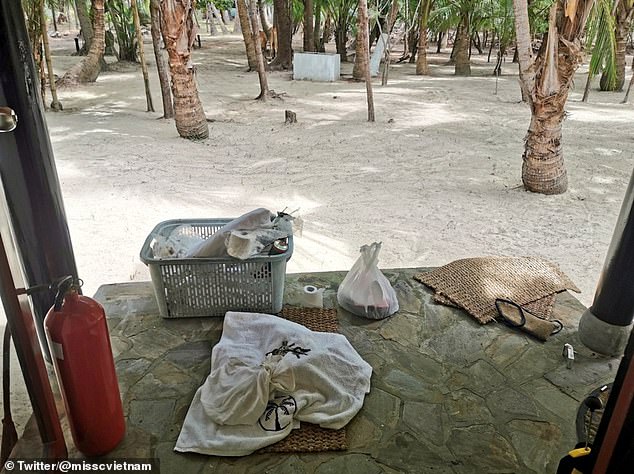 Among the hilarious insights are accounts of the guests in the rooms she has to clean, including those in villa 10, who have ‘possible bowel problems’

The deadpan observations about life running a hotel include lines such as: ‘Guests last sighted two hours ago kayaking in the sea to the south of the island. Margarita time!’

There’s also some rather frank observations about some of the guests that frequent the resort, noted particularly after the villas they stay in have been cleaned.

One candid tweet, posted alongside a photo of a cleaning trolley, read: ‘So, villa 3, obviously some marital problems judging from choice in bedtime reading.

‘Villa 10, not au fait with toilet paper/possible bowel problems. Villa 4, the state of it! They must have staff at home.’

What the staff really think about the guests at the unnamed resort creeps into view too when a loved-up couple claiming to be newlyweds make a bid for a bath-tub at exactly the same moment the village’s water supply falters. 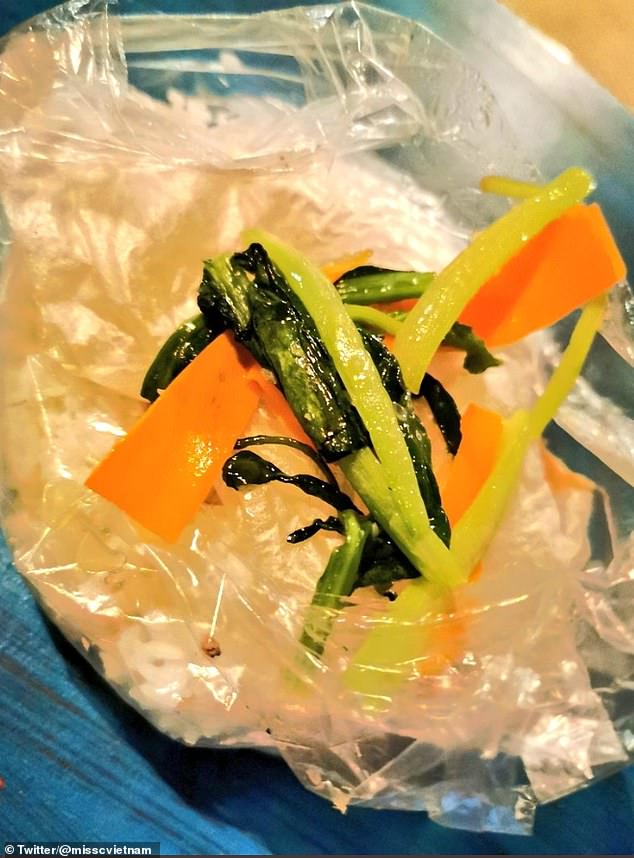 Mills also frequently shares photos from the kitchen, including how staff dine on the left-overs of guests 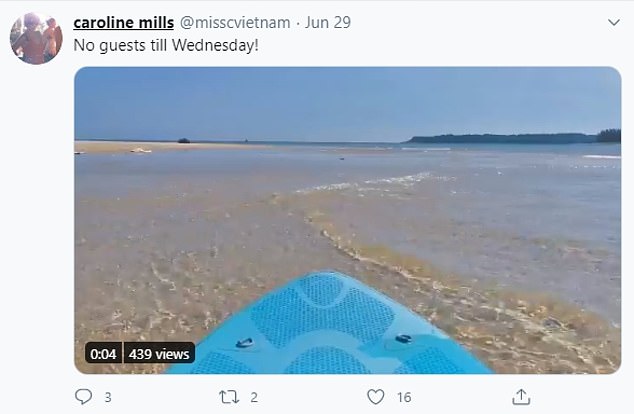 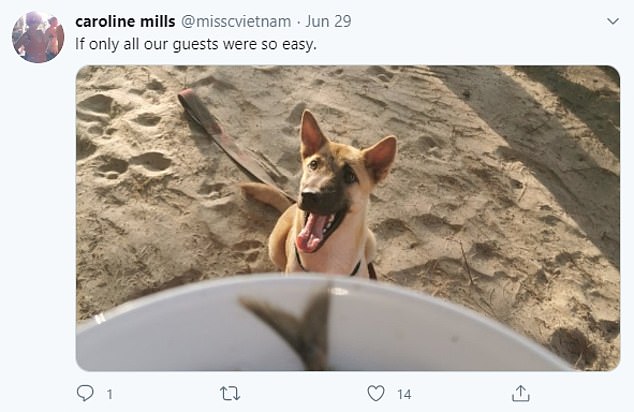 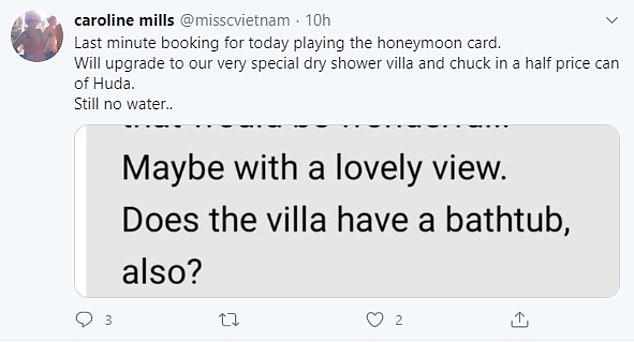 Mills writes: ‘Last minute booking for today playing the honeymoon card. Will upgrade to our very special dry shower villa and chuck in a half price can of Huda. Still no water.’

Other guests declare they’ll be arriving at 11am, despite the resort’s check-in time clearly stated as being at 2pm, prompting Mills to ask ‘What is the point of anything anymore?’

There are tips too, including getting guests to leave the bar by playing eighties rocker Phil Collins’ Greatest Hits album, and a spat with an ex-pat neighbour on the island who tries to haggle for dirt-cheap rates.

Mills reveals: ‘An expat just called to ask about booking five villas for a small party with 10 of his friends. Offered me $20 a night per villa, and only want three. ‘I live in Hoi An, you lived in Hoi An so we are neighbours and this should be a fair price’. How about f*** off.’

And her latest tweet offers some sage advice for guests on local laws. She writes: ‘Hotel hot tip number 749! If you are planning on doing anything in your room that potentially could get you a death sentence in the country you are visiting.

‘Do not display it flamboyantly all over the coffee table for housekeeping to discover.’