If there was ever a good time to launch a video messaging service it’s now. With millions of us stuck indoors, speaking to friends and family via services such as Apple’s FaceTime and Houseparty have become invaluable.

Now it seems Facebook Messenger is getting in on the action with the launch of something called Messenger Rooms.

This group video call service will allow people to come together and speak online. That’s clearly nothing new but this app will soon have one big advantage over its rivals.

That’s because Facebook is allowing up to 50 people to join a chat at once – way more than FaceTime or Houseparty can cope with.

There’s also no time limit on the chats and even those without a Facebook account can join the video call.

“We’re busier than ever now because so many of our troops are stuck in another country and unable to travel until further notice,” said Janet Sanchez, admin of the Esposas Militares Hispanas!! USA Armed Forces! Facebook group.

“This puts a huge burden on our families and moms who have their hands full but also feel isolated. Messenger Rooms would be a wonderful way for our community to connect face to face and share stories and give support in a more personalized way so that our members don’t feel so alone.” 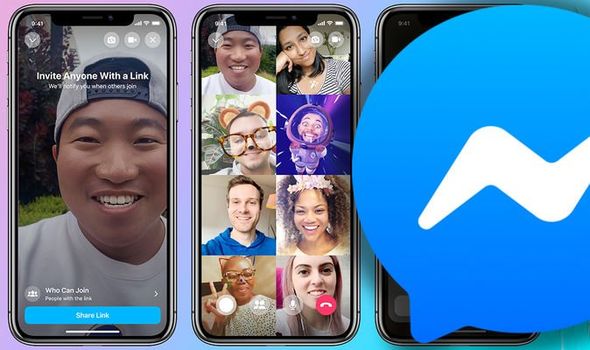 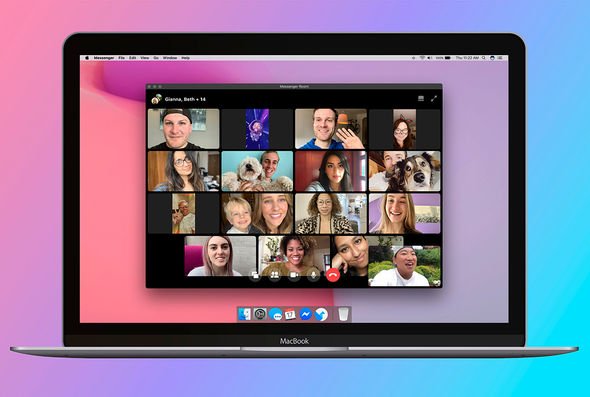 And it will soon add ways to create rooms from Instagram Direct, WhatsApp and Portal, too.

When you’re invited to a room, you can join from your phone or computer — no need to download anything to get started. If you have the Messenger app, you can play with AR effects like bunny ears, and new AI-powered features like immersive 360 backgrounds and mood lighting.

When you create a room, you choose who can see and join it. You can remove people from the call and lock a room if you don’t want anyone else to enter.

Messenger Rooms is rolling out in some countries this week and will expand to the rest of the world in the coming weeks.

Along with this Messenger update, Facebook is also making changes to a number of its other services.

WhatsApp is being upgraded so that users can now host 8 people (previously 4) on video calls. This should help its army of fans connect with small groups of people in a seamless way and with end-to-end encryption.