A father who lost his right eye and part of this face explains in a Channel 5 documentary how what he thought was a blocked tear-duct ended up being a life threatening tumour.

Dan Jackson, 42, from Ramsgate, in Kent, who had his eye completely removed after being diagnosed with a rare form of cancer in 2012, opens up about his traumatic experience on tonight’s Me and My Face at 10pm.

The father-of-three recalls how his pregnant wife Sue was in complete shock when he told her he was suffering from a life-threatening form of cancer, after doctors discovered a large tumour between his eye and nose, that had lain dormant for years.

This type of cancer, called ethmoid sinus cancer, and the location of the tumour meant the only way to get rid of the tumour was to extract Dan’s right eye.

Dan, who now plans to starts his own charity looking to offer psychological support people suffering from cancer, said he’d stopped worrying about his looks, because the extreme surgery had meant he got more time to spend with his family. 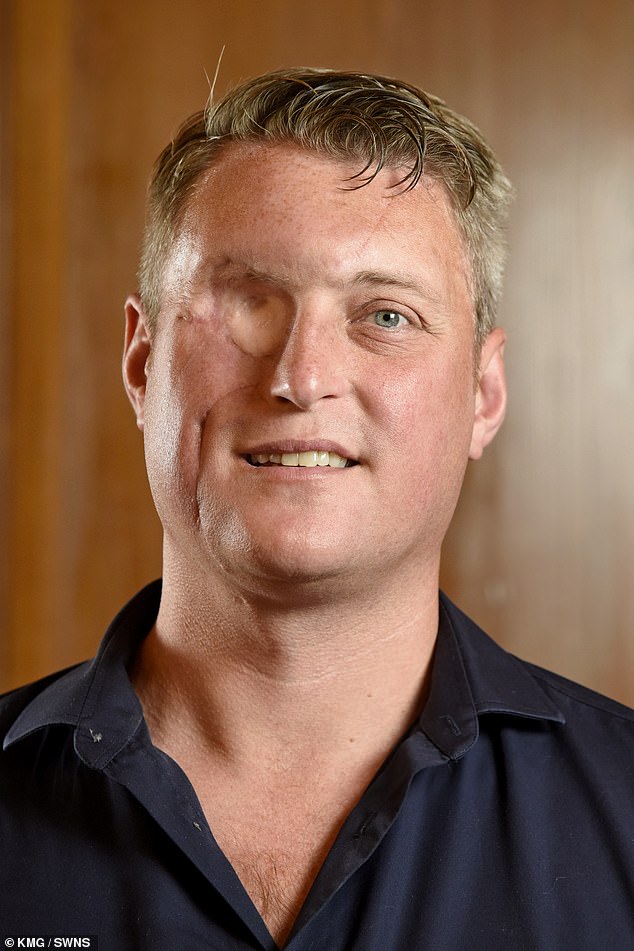 Dan Jackson (pictured), 42, from Ramsgate, in Kent, who had his eye completely removed after being diagnosed with a rare form of cancer in 2012, opens up about his traumatic experience on tonight’s Me and My Face at 10pm on Channel 5 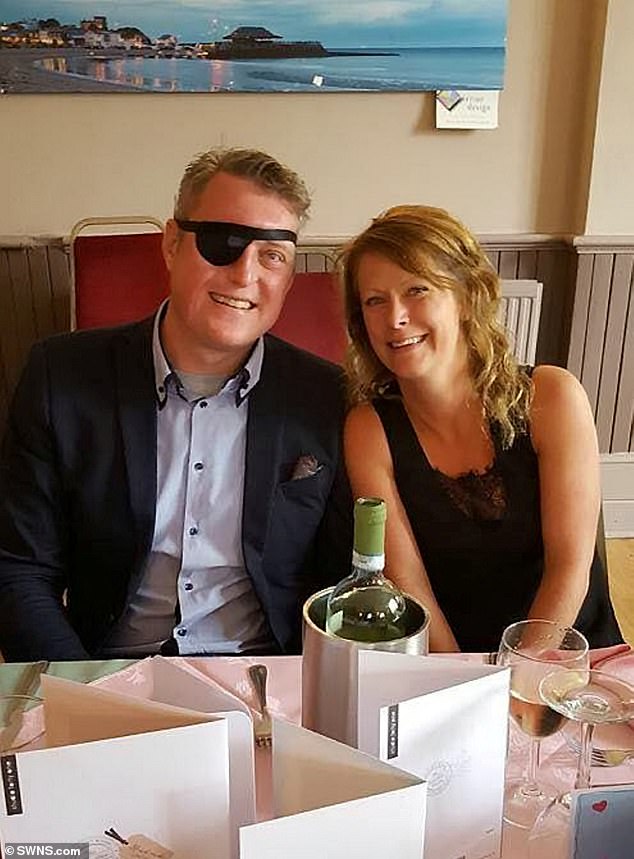 Dan had consulted a doctor about what he thought was an irritated tear-duct, but was shocked to receive a call for the hospital letting him know the specialist wanted to talk to him.

He learned that a tumour was located behind his right eye, and Dan, who had just learned Sue was pregnant with their third child, saw his world crumble.

‘It was a complete car crash,’ he said in the programme.

Dan told the doctors to do whatever they could to save his life so he could spend time with his family. This meant total removal of his eye and the tumour, which was located behind the socket. 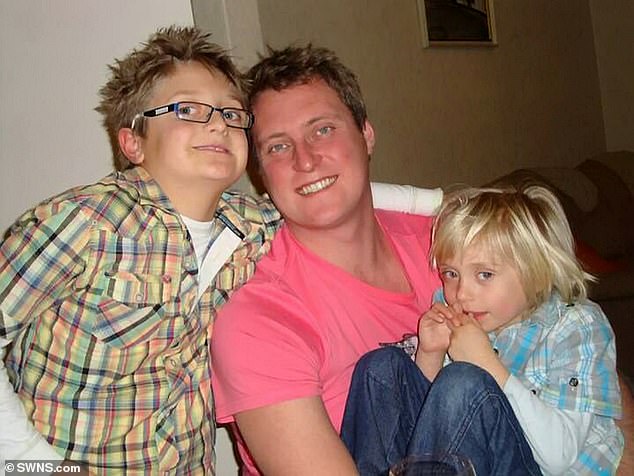 Pictured: Dan with his sons Dylan and Seth before his operation. The father said he felt the removal of his eye made him more appreciative of spending time with his family

He went on to say the hours before the operation felt like ‘waiting for a death sentence.’

‘I saw a reflection of myself in a mirror and I thought “This is the last time I’m gonna see myself with my own two eyes”,’ he recalled.

‘After getting over the initial blurriness of what had happened I reached up, and I could feel the bandages all the way round my face and it’s done: my life has now been changed forever.’

The weeks following his operation were difficult for Dan and his wife, who were struggling to accept his new features.

‘It was one big hole, so much so that you could look straight down my throat, it was quite a graphic thing,’ he said.

‘It was devastating, Sue and I would spend week just crying and hugging. She’s pregnant, she’s struggling, we’re both struggling.’ 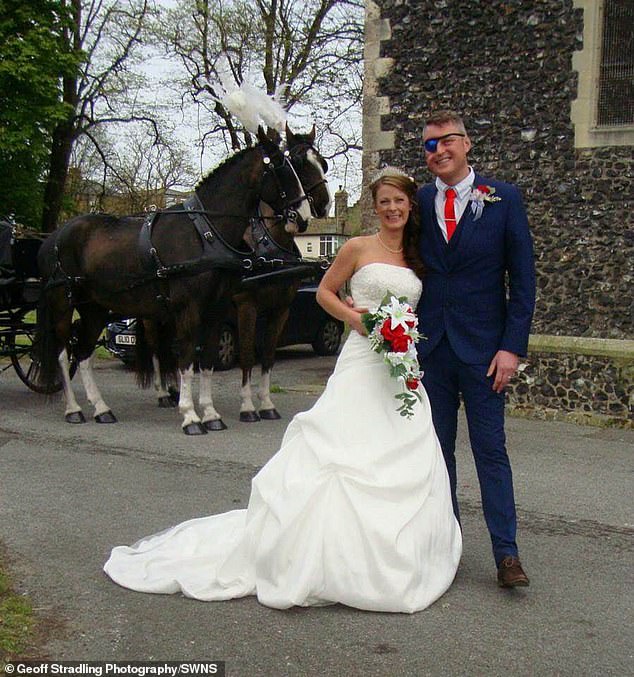 Dan and Sue got married in 2015, three years after the ordeal. Dan took to wearing an eye-patch to help him cope face the world 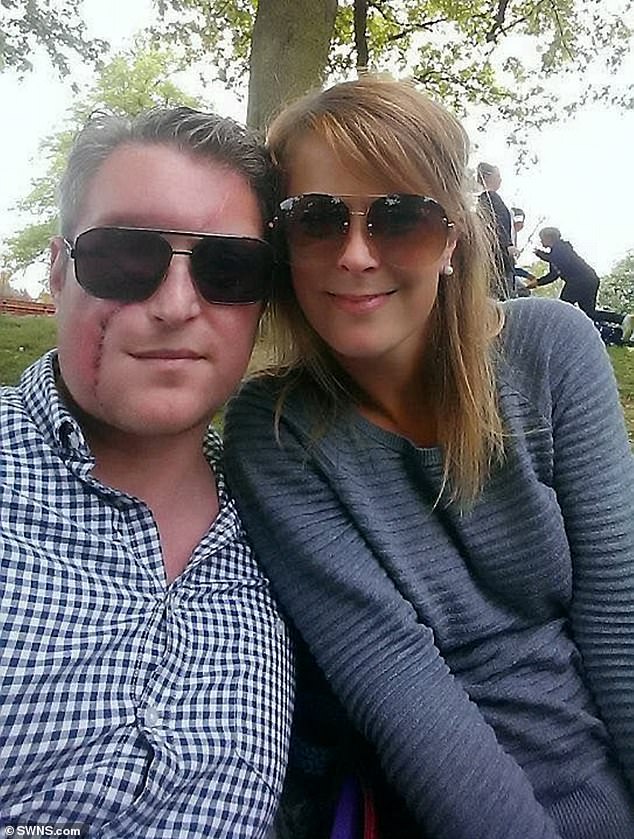 The father-of-three recounts how his wife and him were shell-shocked at the news he would lose his eyes, and spent weeks crying and hugging after his operation

What is ethmoid sinus cancer?

Nasal and sinus cancer affects the nasal cavity (the space behind your nose) and the sinuses (small air-filled cavities inside your nose, cheekbones and forehead).

This form of cancer is rare and most often affects men aged over 40.

– a persistent blocked nose, which usually only affects 1 side

– a decreased sense of smell

– mucus running from your nose

– mucus draining into the back of your nose and throat

These symptoms can be similar to more common and less serious conditions, such as a cold or sinusitis.

At a later stage, symptoms can include:

– pain or numbness in the face, particularly in the upper cheek

– swollen glands in the neck

– a bulging or persistently watering eye

– pain or pressure in 1 ear

– a persistent lump or growth on your face, nose or roof of your mouth

Dan has undergone 20 surgeries since his initial operation to cover the hole.

However, the father-of-three has learned to accept his new appearance, and wears and eye patch in public to cope.

‘I just embraced the fact that I’m never going to look normal again, so I wear an eye-patch and for me that helps me cope with facing the world again,’ he explains.

‘I’ve never said I was the best looking guy when I was younger, but now this is me,’ he said, taking his eye-patch off to reveal his scar.

‘Sometimes I feel Two-Face, out of Batman: one side is fine and the other not quite so fine,’ he joked. 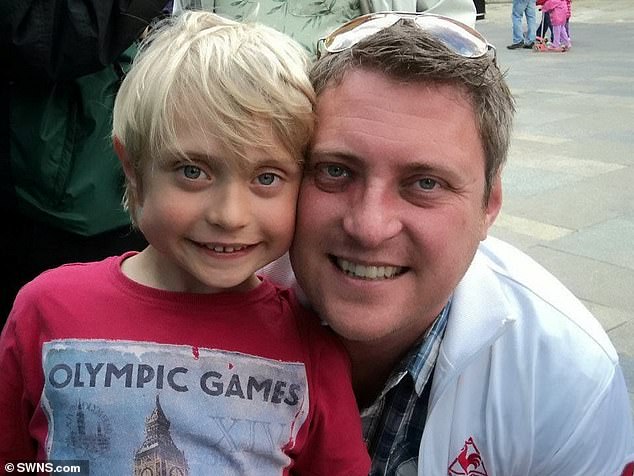 Dan, pictured with Seth before his surgery, said that when he now looks in the mirror, he sees a ‘completely changed person’ 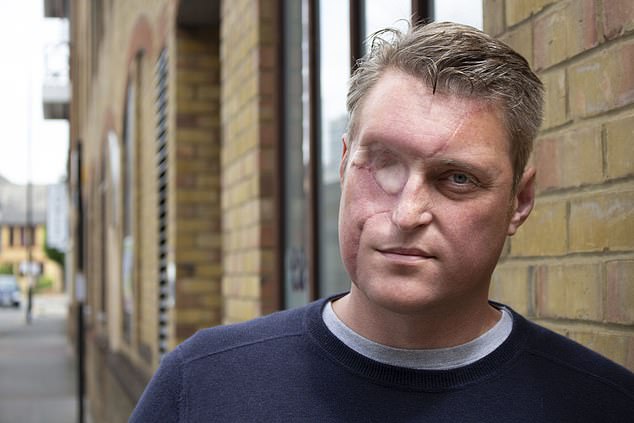 Dan has had about 20 operations since his initial one, and says he has accepted he will never look ‘normal’ again

‘Now when I look at myself in the mirror I see a completely changed person,’ he added.

‘There’s nothing about me that reminds me of the way I used to look, but that doesn’t mean it’s a bad thing.’

‘In a funny sort of way, what happened to me has given me many more opportunities.

‘I feel I am more appreciative of life in general, of the small things, like spending more time with the family.

‘For what has happened to me, I like to think I can turn it into a positive.’

Me and My Face airs tonight at 10pm on Channel 5.