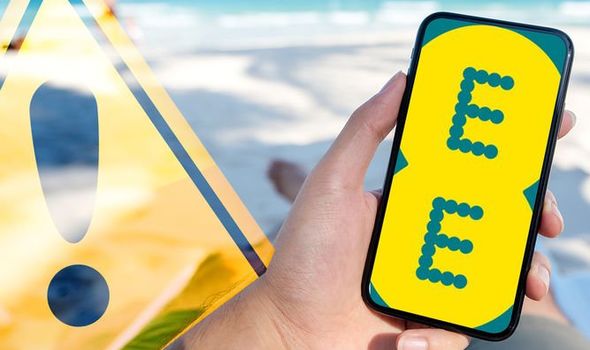 O2 customers have just received the devastating news that they’ll soon be hit with dreaded EU roaming charges when travelling throughout Europe, and now EE has confirmed plans to revive the dreaded extra costs too. The network has announced that, starting from January 2022, some customers will be forced to pay £2 a day to be able to use their 4G or 5G data, calls and texts when in Europe. That means a two-week holiday in Spain could end up adding an extra £28 for every member of your party. Ouch.

The news that EU roaming charges are going to become commonplace in post-Brexit Britain clearly won’t go down well, however, the BT-owned company has confirmed that not all of its customers will be affected.

The new EU roaming costs will only hit those joining EE, or existing users who sign up to a new contract or SIM-only deal, after July 7, 2021. So, if you’re already with the company and decide to stick with your current plan – you can head away without fear of being charged a penny extra.

But as soon as you decide to upgrade to a new smartphone, sign-up to a new SIM-only deal to get better terms …you’re going to have the EU roaming charges again.

EE also says that you can add on a Smart Benefit when buying a new SIM or contract which can then be used to get free data when you travel.

Speaking about the changes an EE spokesperson said, “From January next year, EE will introduce a new flat fee of £2 a day for customers wishing to roam across 47 European destinations (with the exception of ROI which is included in domestic plans), allowing them to use their plan’s full data, minutes and texts allowance. This will apply only to new and upgrading customers signing up to EE from the 7th July 2021 and will support investment into our UK based customer service and leading UK network.

“Customers travelling abroad for longer will be able to use a 30-day Roam Abroad Pass. Essential plan customers will be able to take the Pass for £10, while Smart or Full Works plans customers are able to include the same pass as part of their plan.”

This new £2 charge from EE is a very different approach from what O2 customers face.

O2 customers could face an extra charge when holidaying in the coming weeks. That’s because, from August, anyone exceeding the complimentary 25GB allowance will be charged £3.50 per 1GB.

So, those downloading a couple of extra movies on the beach at the end of their hols (around 8GB of data) will find £28 being added to their monthly bill.

In a statement sent to TechRadar Pro, O2 said: “Less than 1% of our Pay Monthly customers reach anywhere near 25GB during occasional travel to Europe.

“If a customer’s UK monthly data allowance is over 25GB, from August 2 they will have a Roaming Limit of 25GB in our Europe Zone.

“This means they can use up to 25GB of their allowance at no extra cost – we’ll text them if they get close to the limit, and again if they reach it. A customer can still use data if they reach our Roaming Limit, but will be charged £3.50/GB.”