EDEN HAZARD is looking "like an airplane" according to Real Madrid coach Alvaro Arbeloa ahead of LaLiga's return.

The Belgium superstar has emerged from the coronavirus hiatus looking like a brand new £200million signing for Madrid – after getting himself in fantastic shape. 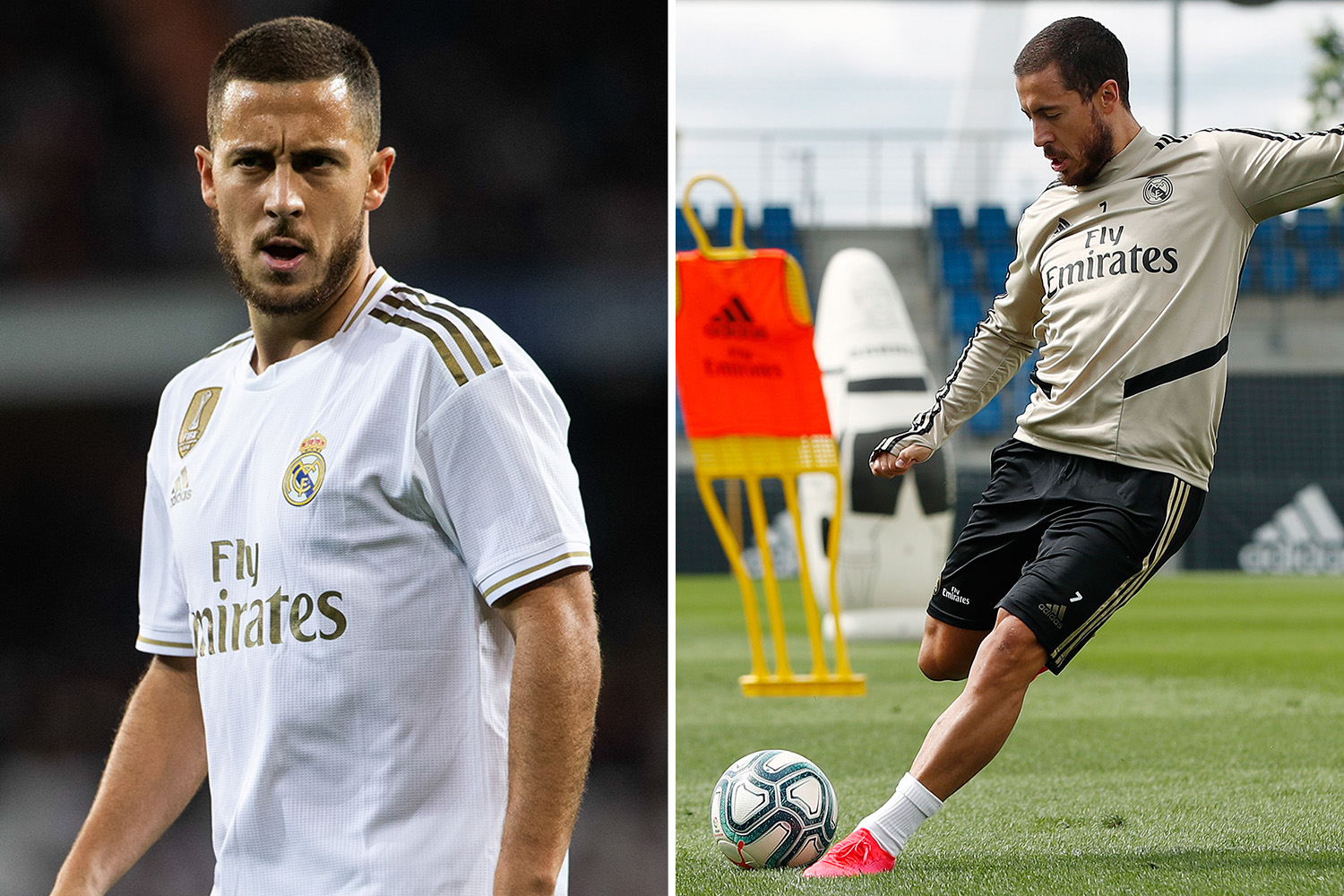 Former Chelsea star Hazard, 29, has had plenty of critics since his £150m move to Real Madrid.

And last summer he appeared to pile on the pounds which did not go down well with his new Bernabeu bosses.

In April, he admitted he was struggling with his weight and diet.

But after three months out, Hazard emerged this week looking in peak condition – and ready to fire Los Blancos to the LaLiga title.

He has clearly lost lots of weight and returned to Real Madrid training looking like a new signing.

Hazard and Co get back into LaLiga action at home to Eibar tomorrow.

And Arbeloa, the former Real Madrid star and now one of the academy coaches, told Real Madrid TV: "I imagine that, with Marco [Asensio], there will have to be more care, giving him minutes little by little.

"You have to be more careful with him than with Eden [Hazard], who has returned like an airplane.

"He is going to win us many games."

Zinedine Zidane's side are two points adrift of rivals Barcelona at the top.

Along with Hazard and Asensio, Arbeloa thinks 19-goal striker Karim Benzema will be crucial to wrestling the title off Barca.

He said: "He has been important throughout his time [at Real Madrid] and we are going to see it now.

"With Zidane he has a lot of confidence. And we have recovered Hazard and Asensio, which is very important."