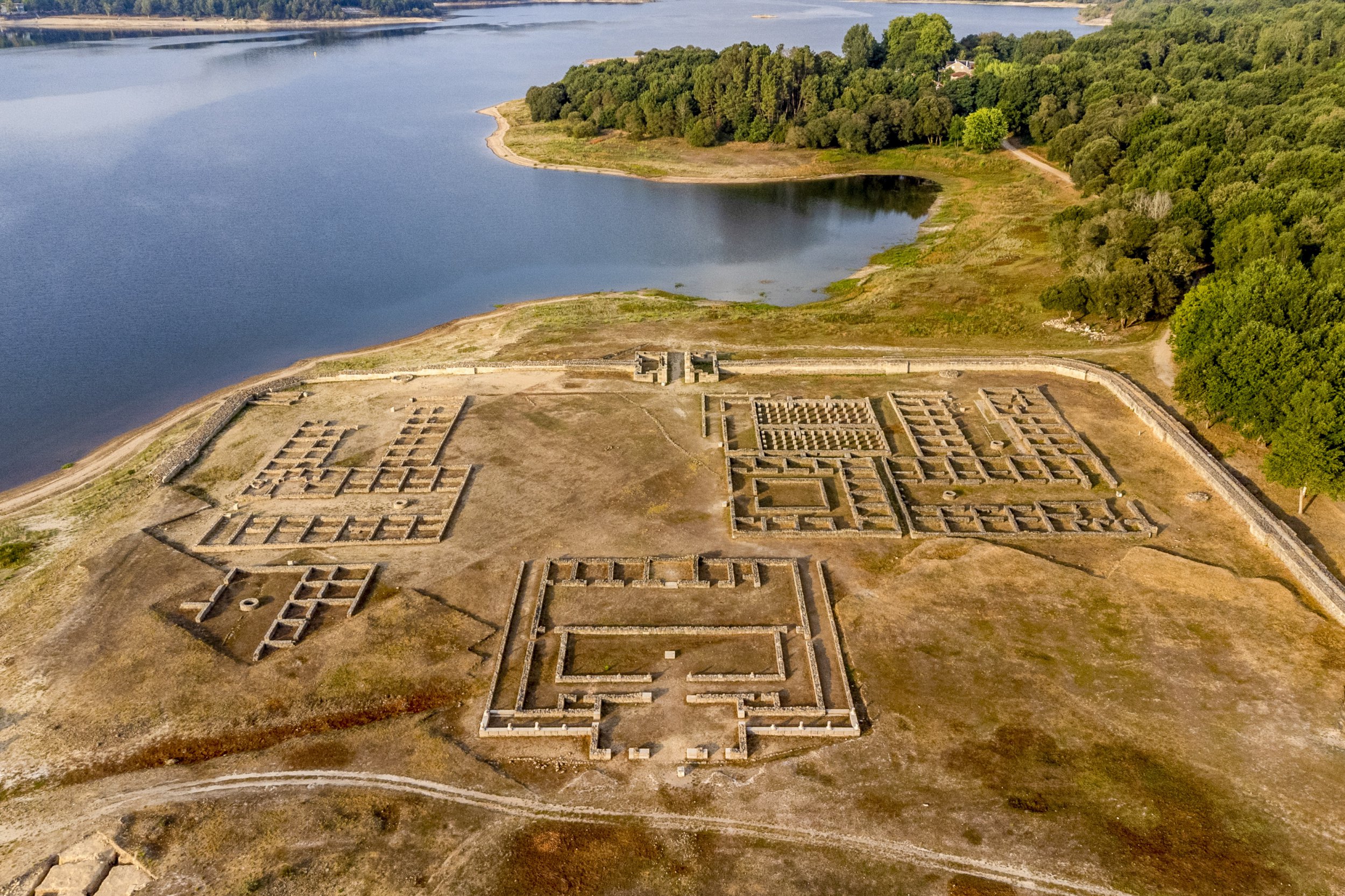 The remains of a flooded Roman camp have reappeared after a prolonged drought in Spain caused water levels to plummet.

Known as Aquis Querquennis, the camp was flooded back in 1948 to create the As Conchas Reservoir.

Usually, parts of the settlement can be seen sporadically throughout the year as water levels rise and fall.

But, following the country’s worst drought in decades, the whole of the archaeological remains are now visible.

The Roman settlement is believed to have been built in 75AD, before being abandoned around 120AD. It was used as a temporary fort and military fortifications while the Romans built the nearby Via Nova road.

The site was lost to the sands of time until the 1920s when a local archaeologist found it and began excavations.

But when the construction of a hydroelectric dam was build downriver, the site was flooded and became a reservoir.

Weeks of blistering heat in Spain have led to rivers and lakes drying out across the country.

Other treasures have also been revealed by the falling water levels.

A circle of stones believed to date back to 500BC has reemerged from the depths of the Valdecanas reservoir south west of Madrid.

Officially called the Dolmen of Guadalperal but nicknamed the ‘Spanish Stonehenge’, they have reappeared for only the fourth time since they were flooded over in 1963.

Elsewhere in Spain, a flooded village known as Aceredo has reappeared too.

The town was flooded in 1992 to make way for a reservoir but given the unrepenting heat of the year, its buildings are once again on show.

In fact, some of its former residents even returned to look around.