One of Kimberley Kitching’s closest friends has called for an inquiry into whether Labor deputy leader Richard Marles acted on her complaints about bullying when she made them last year, fuelling a row over her death despite attempts by party leaders to let the matter rest without more questions.

Former Labor MP Michael Danby issued the call in an emotional interview that savaged key people from the Right who resisted attempts to confirm Senator Kitching as a candidate for the upper house in a meeting the day before she died. 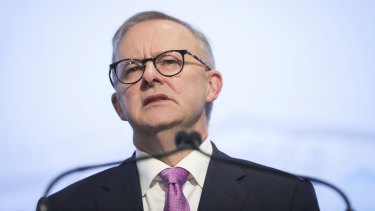 With the furore hurting Labor’s ability to campaign ahead of next week’s budget, Opposition Leader Anthony Albanese made no public appearance on Tuesday and has not taken questions since Saturday, while Mr Marles last did an interview on Friday.

Prime Minister Scott Morrison used the unusual silence from the Labor leadership to accuse Mr Albanese of being “gutless” because he would not face difficult questions about the concerns within his party about the treatment of Senator Kitching before her heart attack on March 10.

Mr Danby said the party should test whether Mr Marles acted on complaints from Senator Kitching when she sought his help last June because she felt she was being isolated by Senate colleagues Penny Wong, Kristina Keneally and Katy Gallagher.

“She’s owed justice,” said Mr Danby, who held the seat of Melbourne Ports from 1998 to 2019 and was a key figure in the Victorian Right. 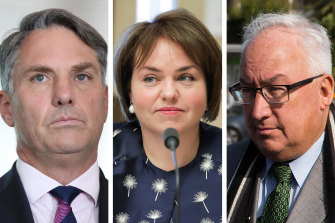 “I think you can be consistent, look at these issues and see if there were failings.

“Perhaps an independent inquiry into whether Richard Marles passed Kimberley’s complaints on, as he should have.”

When Mr Marles was asked last Friday about whether Senator Kitching raised bullying concerns with him, he replied: “I’m just not going to walk down that path.” He said the debate should focus on her achievements.

Mr Albanese said on Saturday every caucus member could talk to him about their concerns.

“I received no complaints about the treatment of Senator Kitching from Kimberley at any time,” he said at a press conference on Saturday while campaigning in the marginal seat of Robertson on the NSW Central Coast.

“I had a number of meetings, since I have been leader, with her in my office including one-on-one. I received no complaints from Senator Kitching. That is just a fact.

“That is not to say that, of course, from time to time in politics, it’s a competitive business, it is one where I think we could all be kinder to each other, frankly, within the Parliament, within our own parties, and across the aisle.”

“The allegations of bullying are untrue. Other assertions which have been made are similarly inaccurate,” they said.

Senator Wong expressed regret, however, for once telling Senator Kitching she would understand why there was a climate emergency if she had children.

“After these matters were publicly reported more than two years ago, Senator Wong discussed the matter with Senator Kitching and apologised,” the statement said on Friday.

Mr Morrison challenged Mr Albanese to answer questions about the matter given the way the government had been questioned closely about the treatment of women.

“He can’t just dismiss away hard issues. That’s not what prime ministers can do, and this is someone who wants to be prime minister.”

“But what we’ve got from Anthony Albanese at the first sign of hard questions – and we’re not even into the campaign – he has gone into complete hiding. Frankly, I think it’s pretty gutless.”

Mr Albanese did not make a statement in response to Mr Morrison and Mr Marles did not respond to a request for an interview. Mr Albanese is expected to appear in public on Wednesday.

Fascinating answers to perplexing questions delivered to your inbox every week. Sign up to get our new Explainer newsletter here.