Four men in Nottingham developed Guillain-Barré syndrome after receiving the AstraZeneca coronavirus jab, it has been revealed in two separate studies. Guillain-Barré syndrome is a very rare and serious condition that affects the nerves. Although the cause is yet to be established, all four cases were spotted in the Nottingham area, where around 700,000 people have had the Anglo–Swedish firm’s coronavirus jab.

The prevalence of the deadly syndrome in vaccine recipients across the entire country is yet to be confirmed.

However, a similar association has been reported in both Australia and India, where AstraZeneca’s vaccine is also being deployed.

As the MailOnline reports, it is also a known rare side effect of flu and HPV jabs.

It comes after AstraZeneca has found itself mired in controversy over the last couple of months after reports linked its vaccine to a rare blood clotting disorder. 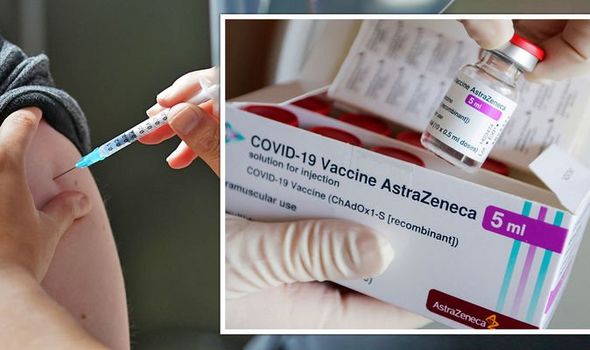 Some people with this condition have suffered life changing effects and some have died.

The development prompted the JCVI – the body advising the rollout of the vaccines in the UK – to advise people under 40 to have a vaccine other than AstraZeneca’s.

The cases of Guillain-Barre syndrome linked to AstraZeneca’s vaccine were brought to the world’s attention in two separate studies in the journal Annals of Neurology.

One of the articles published in the journal broke down the cases spotted in Nottingham, which all occurred within ten days of each other.