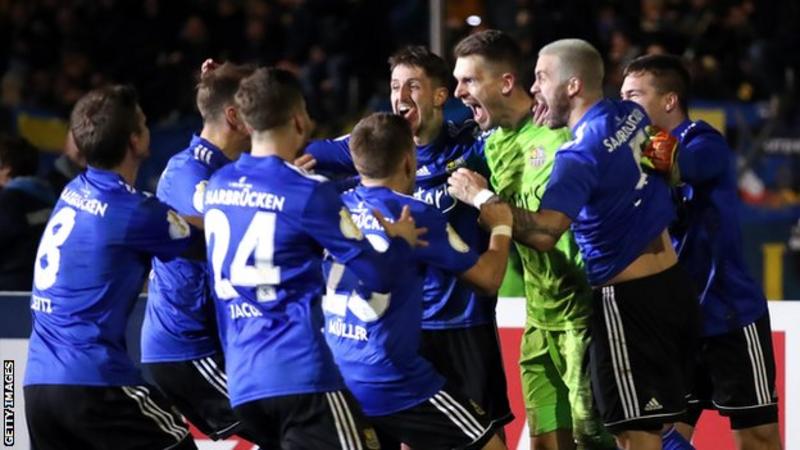 Bayern Munich advanced to the semi-finals of the German Cup with a narrow win at Schalke.

A Joshua Kimmich goal was enough to keep their bid for a treble of Bundesliga, Cup and Champions League on track.

They were joined in the last four by fourth division side Saarbrucken.

After drawing 1-1 with Fortuna Dusseldorf, Saarbrucken won 7-6 on penalties to become the first ever side from that level to reach the last four.

Goalkeeper Daniel Batz was the hero, saving a penalty in normal time and then four more in the shoot-out to knock out their Bundesliga opponents.

Saarbrucken play in the south west regional league in Germany, and have reached the last four for the first time in 35 years.

Bayern were again without top scorer Robert Lewandowski with a knee injury.

They are three points ahead of RB Leipzig in the Bundesliga and hold a 3-0 lead over Chelsea after the first leg of their Champions League last-16 tie.