There were many raised eyebrows and at least one raised middle finger when Opera Australia recently announced its 2023 program.

With no operas onstage in Melbourne and just two concert performances, the response was swift and furious.

Victorian opera lovers vented their fury at this unprecedented lack of quality programming in comparison to Sydney on the company’s Facebook page.

“Once again Melbourne gets the middle finger from OA. Why don’t they just stay home?” said one. “Melbourne got the dregs again,” said another, receiving a reply “not even the dregs”. Another commenter stated: “Opera Australia can now become what it’s really always been – Opera NSW,” saying she would now support local companies. 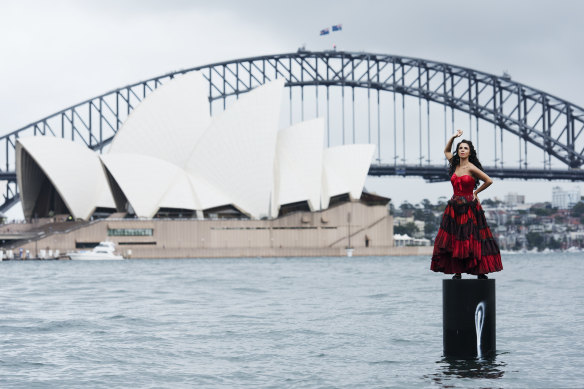 The limited program is a stark contrast to previous years when big-budget productions such as Aida, La Bohème and Turandot were staged by the company in Melbourne.

Opera Australia, which is performing Wagner’s Ring and Verdi’s Aida in Brisbane next year instead, has blamed the confusion around the availability of Melbourne’s State Theatre, which closes at the beginning of 2024 for a four- or five-year refurbishment, and a lack of state funding.

Meanwhile, Victorian Opera, which has yet to announce its 2023 season, confirmed that it will have nine productions, but that only one will be a staged traditional opera. Concert performances feature the orchestra on stage with singers lined up in front and the chorus behind, while staged opera has the orchestra in the pit, and the action on the stage with sets, costumes, movement and acting – in other words, the full intended experience.

Melbourne Opera artistic director Greg Hocking is outraged. “Why is the Victorian Government giving Opera Australia any money at all now when we are treated with such extraordinary contempt?” he asked. “Combine that with Victorian Opera, the most heavily subsidised company in the country per seat sold – this year they’ve done kids’ shows, a musical and one concert of (Richard Strauss’s) Elektra.”

Melbourne Opera, which gets no state money, has staged Die Walküre, The Rise and Fall of the City of Mahagonny and Lucrezia Borgia in 2022, with a concert performance of Siegfried and a staged production of Mozart’s Marriage of Figaro to come, plus a fully staged Ring in Bendigo next year. “We are the busiest, and hire the most singers,” he says. 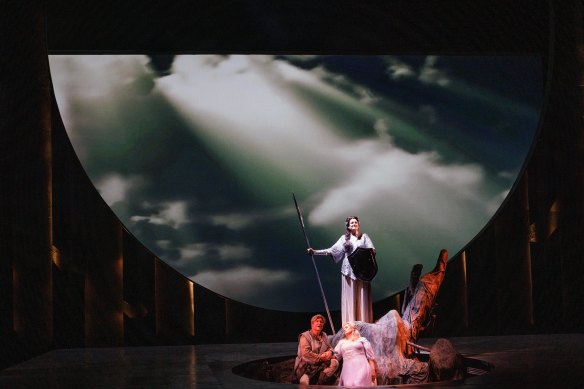 “Go back 25 years, we were getting six or seven productions from Opera Australia in a spring and autumn season, and the Victorian State Opera would do four or five major productions. Compare that with what we have next year – nothing from OA, very little from VO. That’s a ridiculously truncated presence from the subsidised sector – it’s crazy stuff.”

Victoria’s Creative Industries minister Steve Dimopoulos confirmed that the state gives Opera Australia more than $1 million, while Victorian State Opera gets $3.8 million, saying the government has a strong record of supporting both companies.

But Hocking says the government is missing a giant opportunity to build a strong opera sector to match Victoria’s gallery sector, which receives considerable state support. He observes that Melbourne has five opera companies (three of them small), but four of them receive no support.

“Would you just support one theatre company in Melbourne, just one art gallery, just one dance company, one literary magazine? No. So why just one opera company?”

Opera Australia’s artistic director Lyndon Terracini concedes he is disappointed that Melbourne will have only two concert productions next year, Philip Glass’s Satyagraha and Wagner’s Tannhäuser (twice), plus a recital each by tenor Michael Fabiano and bass Ferruccio Furlanetto, but says it’s not because of lack of desire or money.

“This year will be the best year in Opera Australia’s history, certainly at the box office. We’ve got $79 million in the bank just from the box office, so I’m thrilled about that,” he says. OA lost $22.5 million last year thanks to COVID, and a $10 million loss this year would have been “absolutely catastrophic”.

Brisbane is getting the Ring instead of Melbourne “for no other reason that the previous Arts Minister in Melbourne [Martin Foley] simply refused to fund it. When I said we’d have to take it somewhere else he just laughed at me and said ‘Where will you take it?’ So it’s got nothing to do with anything other than that we got a very good offer from Queensland. And we’re not using any government funding for the Queensland program,” Terracini says.

The Age contacted the Victorian government for a response to Terracini’s comments, but were informed no response would be given as Foley is no longer the relevant minister.

“I understand that it’s frustrating. Am I disappointed? Yes I am.”

When The Age contacted the Arts Centre for clarification around dates of closure, Melanie Smith, Arts Centre Melbourne Executive Director, Performing Arts, confirmed the theatre would be open during 2023 but closed in early 2024, with performances booked into the venue for next year.

Terracini says the Victorian Government is eager for OA to use the Regent Theatre, but it is simply too small to take OA sets or an orchestra of any size in the pit. Commercial operators take up the other theatres for long seasons, leaving no space for OA. The solution, he hopes, while the State Theatre is closed, will be temporary venues – but this couldn’t be arranged for 2023.

“There’s no secret agenda, no lack of effort on Opera Australia’s part to make this work, it’s just an unfortunate set of circumstances.”

Meanwhile, Victorian Opera’s CEO, Elizabeth Hill, rejects Hocking’s suggestion that her company does not provide value for money, saying its position is complicated by the fact that it must cater to five government priorities: focusing on new Australian works, focusing on First Nations works and storytelling, diversity, pathways for young people, and touring to Tasmania every second year.

Victorian Opera has nine works scheduled for 2023, which “is pretty good bang for your buck when you have to pay award rates. With the deepest respect to Melbourne Opera, I know they don’t pay award rates – they don’t pay the chorus, the orchestra don’t get paid much, not all the artists get paid. If they were bound by government priorities and paying the correct award, as Victorian Opera is, they wouldn’t be able to do half the things they do,” Hill says.

Hocking replies: “That is incorrect. All Melbourne Opera artists are paid, often in excess of Victorian Opera rates. The chorus is voluntary, and the orchestra is paid expenses. If I had a $4 million subsidy and $6 million in reserves like Victorian Opera, the first thing I would do is pay award rates.”

Hill says it is frustrating when the opera companies criticise each other. “The digging at each other is tiresome and a little bit lowbrow. I’ve always taken the stance of don’t get involved in the politics because we need to stay in our lane.”

Meanwhile, she doesn’t want Melbourne to lose any operas from any company. “I want to see it all here. All the technicians, musicians and artists can cobble together a full year’s work between the companies, so don’t take any of it away, please.”

With the 2023 program from their government-funded companies looking decidedly lean, Melbourne opera lovers would certainly echo that plea.