Sunday’s episode of “Westworld” was a scene of ice and fire.

The HBO show featured the much-publicized appearance of “Game of Thrones” showrunners David Benioff and D.B. Weiss, and in doing so may have jokingly answered one burning question.

In the Season 3 moment in question, Stubbs (Luke Hemsworth) leads Bernard (Jeffrey Wright) around the behind-the-scenes area of Park 4, which is apparently Medieval World. Though the park is closed, the techs are still hanging around, waiting to see if Delos lays them off. And it just so happens that two of those techs are Benioff and Weiss as Tech Dave and Tech Dan, respectively.

“How the fuck are you gonna get that to Costa Rica?” replies Dave.

“In pieces, man,” says Dan, as the camera reveals he’s planning to cut up a robotic version of dragon Drogon with a saw.

Since “Westworld” the show is based on Michael Crichton’s 1973 movie of the same name, the buyer in Costa Rica might be a reference to another Crichton project, “Jurassic Park.” The fictional dinosaur island, Isla Nublar, is said to be off that country’s coast.

Benioff and Weiss famously made themselves unavailable when the “Game of Thrones” finale aired, telling Entertainment Weekly that they’d be “in an undisclosed location, turning off our phones and opening various bottles.” Perhaps they met the buyer in Costa Rica?

Regardless, the “Westworld” scene gives author George R.R. Martin the crossover he’s been wanting, and finally reveals the fate of Drogon.

After flying off with Daenerys’ body in the “Game of Thrones” series finale, the dragon is never seen again. All the hint we have of what happened is Samwell Tarly (John Bradley) saying Drogon was flying east towards Volantis. Some speculate he was off to find a red priestess who could bring his Dragon Mom, Daenerys (Emilia Clarke), back to life. But nope. Now we know the showrunners just cut him up and sold him for parts.

Elsewhere in “Westworld,” one moment appeared to show a host robot that looked a lot like Jon Snow (Kit Harington). And regardless of what happened in the episode, it’s nice to see his luscious locks are still thriving. 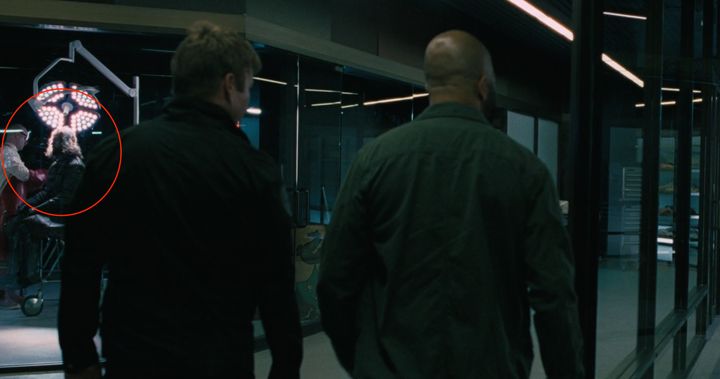 But that’s just our guess. We know nothing, Jon Snow.