General Motors is getting serious about its electric cars.

At an event showcase, the company rolled out multiple new initiatives focusing on electric vehicles and energy, including a modular vehicle platform that can be reconfigured into different vehicle types.

Those vehicle types include an SUV, a crossover, a car and a commercial vehicle according to the company. 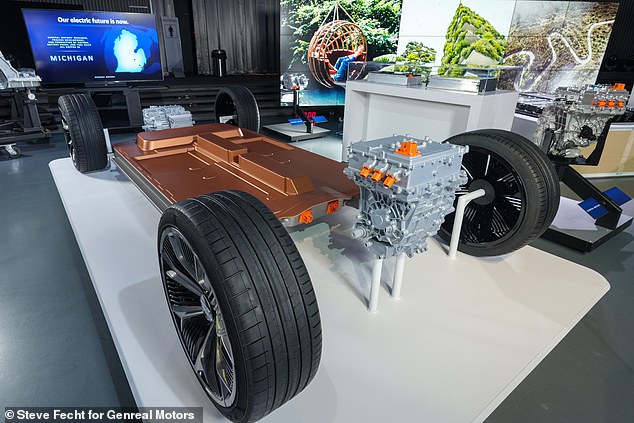 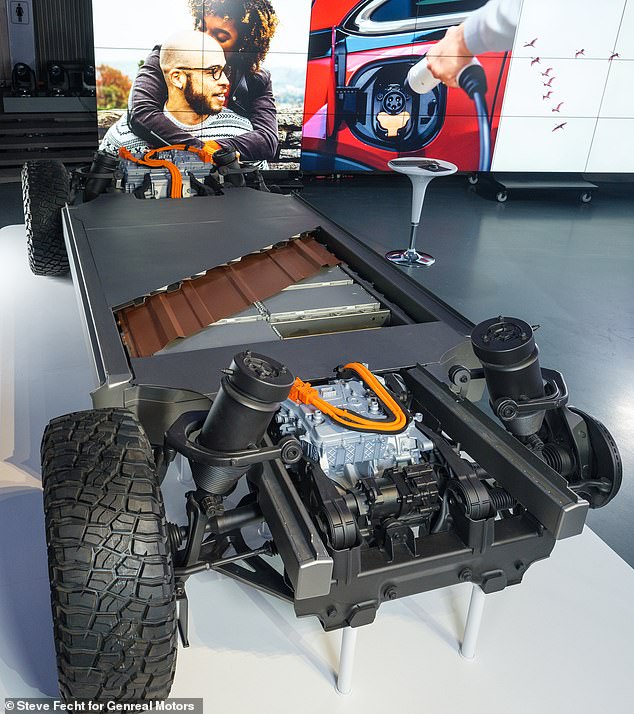 In all it sees GM the vehicle having 19 different battery and drive unit configurations, compared to the 550 combinations of internal combustion and powertrain combinations available today.

The versatility, in GM’s words, will allow it to ‘compete for nearly every customer in the market today, whether they are looking for affordable transportation, a luxury experience, work trucks or a high-performance machine.’

That modular vehicle isn’t the only innovation, however. GM said it will also use a new battery technology called Ultium.

It says that packs will be a ‘large-format, pouch-style cell’ that can be stacked vertically or horizontally inside the battery pack – a move hat allows engineers to optimize battery energy storage and also adapt to each of its platforms’ vehicle design.

Ultium will batteries will range from 50 to 200 kWh, which could enable a range of up to 400 miles on more on a single charge and also make the vehicle capable of going from 0 to 60 mph in as little as three seconds.

As noted by The Verge, GM also altered the chemistry of its battery to be a mixture of nickel, cobalt, magnesium, and aluminum as opposed to only nickel, cobalt and magnesium. 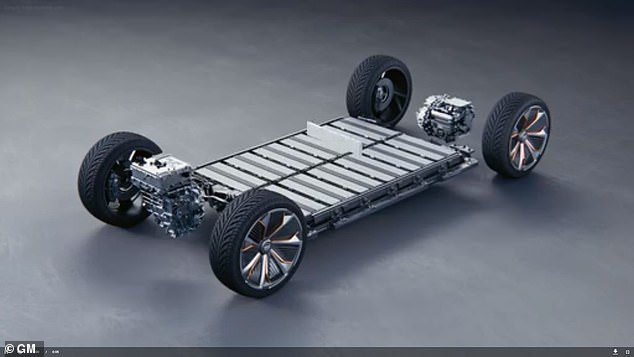 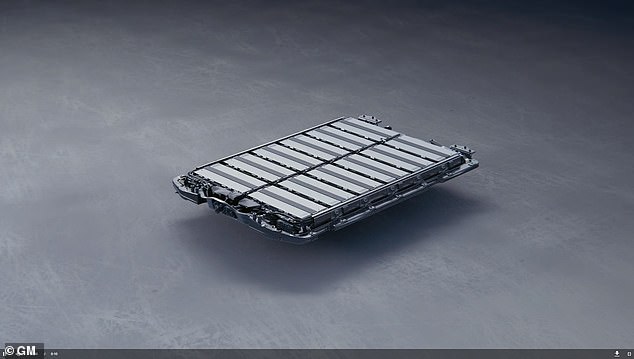 The added aluminum aims to lower the cost of making the batteries by reducing the amount of cobalt by as much as 70 percent according to GM.

For GM the announcement will solidify its position as a direct competitor to companies like Tesla, owned by billionaire Elon Musk, which offers its own breed of electric vehicle.

Like GM, Tesla has poured much of its time into developing more efficient batteries to power its cars.

Earlier this year Musk claimed that the company is quickly approaching the ability to get its Model S cars 400 miles on a single charge.

‘We’re rapidly approaching a 400-mile range for Model S,’ Musk said in the call according to Engadget.