The glamorous teen series is coming back for a 10-episode run, and it promises to be more inclusive to people of colour and the LGBTQ+ community. Here is everything you need to know about the new series.

Have you heard the news? Gossip Girl is back. The glamorous, sexy teen drama will be making a return to television in the near future. The show’s original creators are back at the helm, and will look at a “new generation of New York private school teens” in the series. Will this new generation still have lunch on the steps of the Met? Will they still slavishly rock a different headband each episode? Will they romp around in the backs of limousines and drink martinis in hotel bars?

Time will tell. We do know, though, that at least one original cast member is on board to return and that the new series promises to be more inclusive than ever before.

Here is everything you need to know about the Gossip Girl reboot.

Who is in the cast of the Gossip Girl reboot? 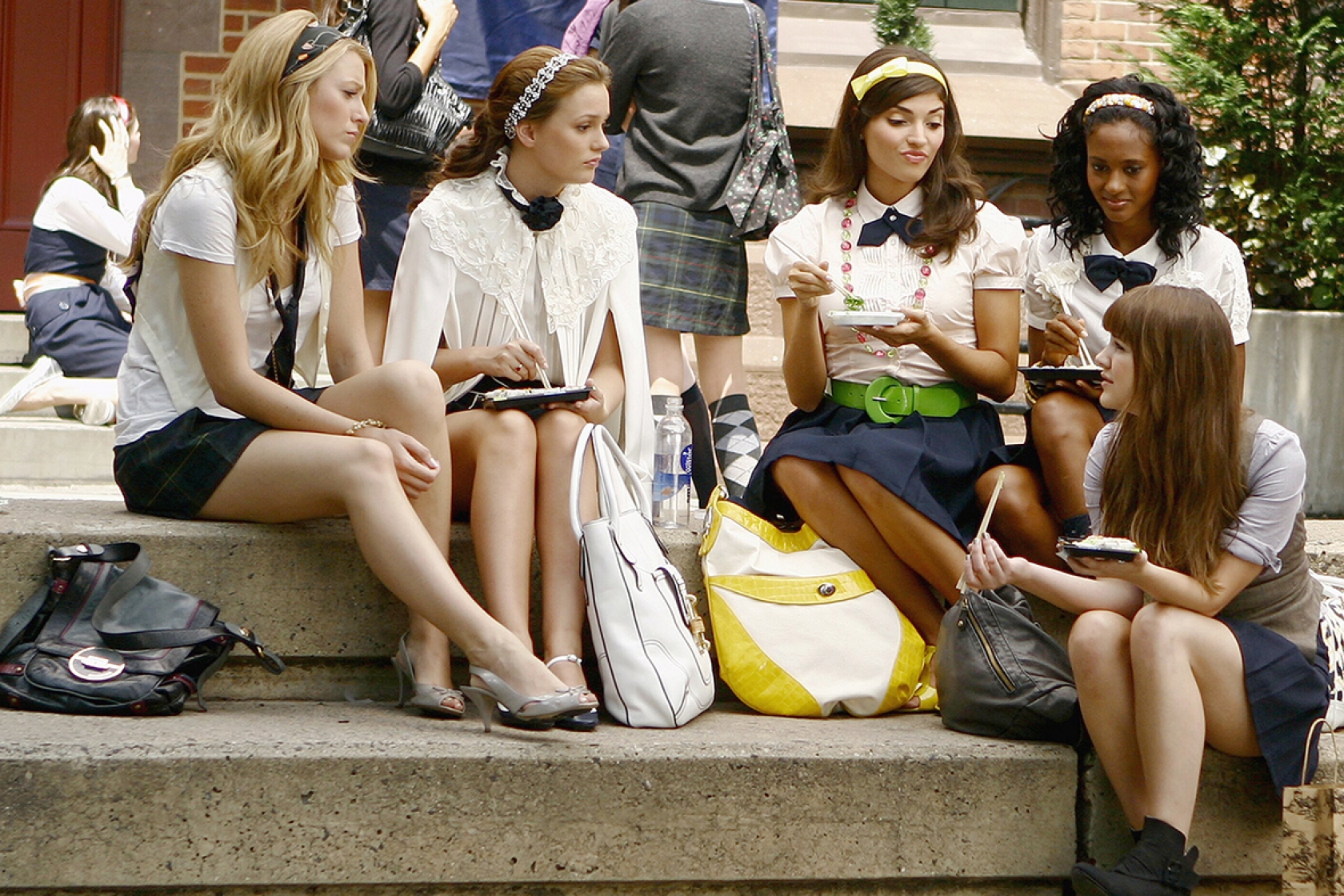 Emily Alyn Lind (Sacred Lies and Revenge) has been cast in a leading role in the series. According to Variety, Lind will play Audrey, who “has been in a long-term relationship and is beginning to wonder what more could be out there”.

Whitney Peak (The Chilling Adventures Of Sabrina), Eli Brown (Pretty Little Liars: The Perfectionists), Johnathan Fernandez (Lethal Weapon) and Jason Gotay (Love Life) have also been cast in the new show. However, their roles have yet to be confirmed. 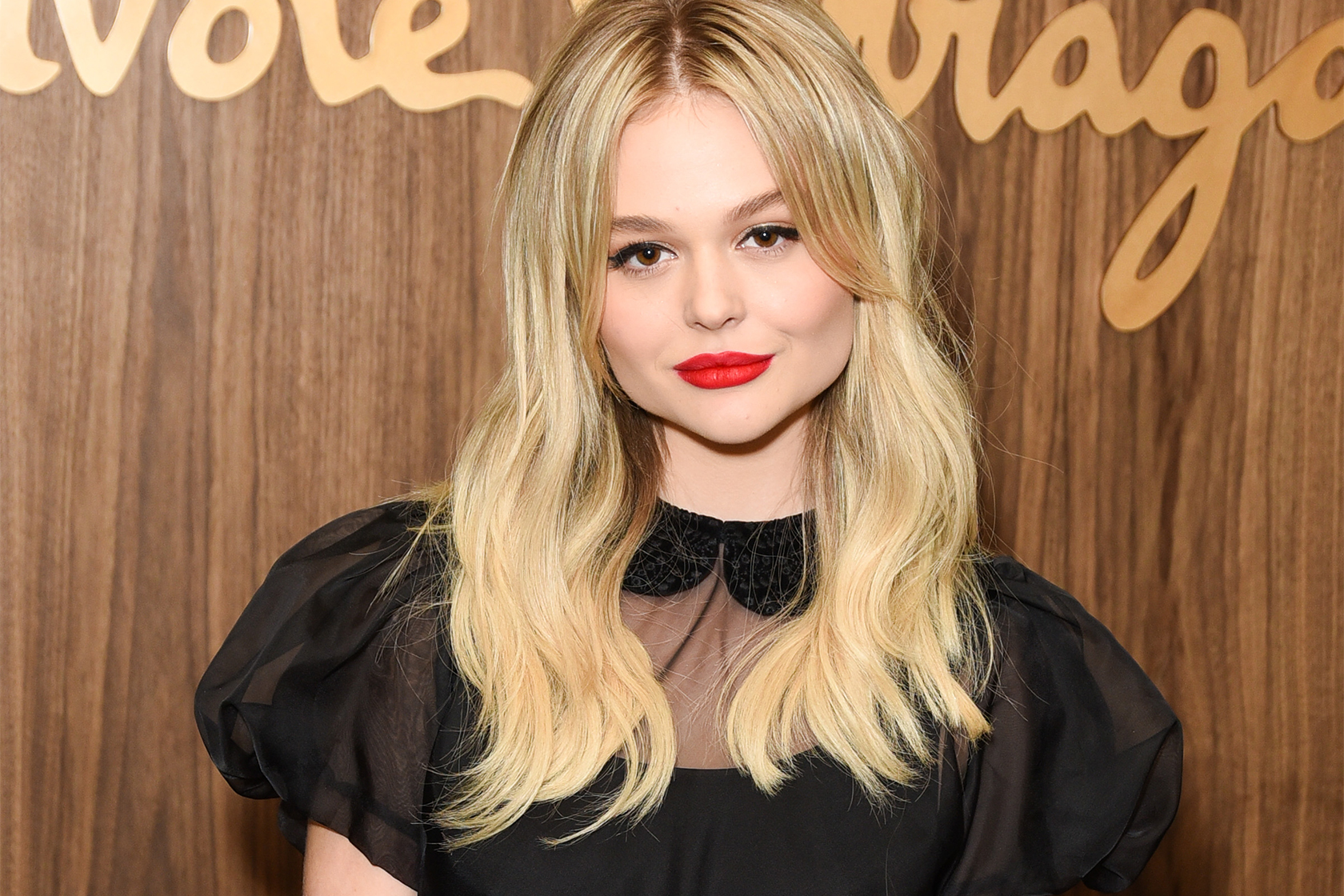 We know that the new series will focus on telling the stories of people of colour and LGBTQ+ characters. “There was not a lot of representation the first time around on the show,” writer and executive producer Joshua Safran told Vulture. “I was the only gay writer I think the entire time I was there.”

With that in mind, Safran and co-creators Josh Schwartz and Stephanie Savage are writing roles for a diverse cast, both in ethnicity and sexuality. If you remember your Gossip Girl scriptures correctly, and believe me I do, the original series featured an almost entirely white cast.

Only Jessica Szohr, who starred as Dan Humphrey’s friend Vanessa – and later girlfriend to both Nate and Chuck – was a person of colour from the original cast, and the only storyline involving a LGBTQ+ character was the one involving Eric (Connor Paolo), Serena’s little brother. (Later, Tika Sumpter starred in a recurring storyline as Raina Thorpe, love interest to both Chuck and Nate.)

“This time around, the leads are non-white,” Safran revealed. “There’s a lot of queer content on this show. It is very much dealing with the way the way the world looks now, where wealth and privilege come from, and how you handle that. The thing I can’t say is there is a twist, and that all relates to the twist.”

Are the original cast returning to the Gossip Girl reboot?

We don’t know if Blake Lively, Leighton Meester or Penn Badgley will be returning for the reboot, but we do know that at least one of the stars will be making a comeback. Kristen Bell, who played the disembodied voice of the snarky gossip-monger herself in the original, will return as Gossip Girl in the reboot. (Even though, er, Dan Humphrey was revealed as Gossip Girl in the series finale, but the less said about that plot twist the better.)

As for the rest of the original cast, Schwartz has said that he will leave it up to them.

“There aren’t, like, new actors playing Serena and Blair,” he said recently. “We’ve reached out to all of them to let them know it was happening, and we would love for them to be involved if they want to be involved. But [we] certainly didn’t want to make it contingent upon their [participation]. They played those characters for six years, and if they felt like they were good with that, we wanted to respect that. But obviously, it would be great to see them again.”

What is the plot of the Gossip Girl reboot?

The logline for the new series reads: “Eight years after the original website went dark, a new generation of New York private school teens are introduced to the social surveillance of Gossip Girl. The prestige series will address just how much social media – and the landscape of New York itself – has changed in the intervening years.”

Both Schwartz and Safran has stressed that this isn’t a remake, but rather a “continuation” and “extension” of the original story, investigating today’s world of wealth and privilege and the teenagers who inhabit it.

“It’s just a new look at this particular society in New York, the idea being that society changes constantly,” Safran told The Hollywood Reporter. “So how has this world changed, how has social media and its effect changed? All of those things allow us to look at the world 12 years on as opposed to just redoing the story. None of us are interested in just redoing a story.”

What is the release date of the Gossip Girl reboot?

No release date has been announced, but HBO Max will only launch in Spring 2020, so it won’t be before then. We’ll keep you posted as we learn more.