Grand Designs’ Kevin McCloud visited a unique underground home on last night’s episode – but not all viewers were impressed with the design.

Couple Dorran, 47, a naval captain, and Vereuschka, 50, spent £1million transforming the unusual site, which is set next to a protected Saxon hill fort near Canterbury.

The married couple initially entrusted a building team to create their modern vision however delays and rising costs meant that Dorran felt forced to take control of the build himself.

While they were thrilled with the final results after a five-year wait, not all viewers were convinced, with some comparing it to the Teletubbies’ house. 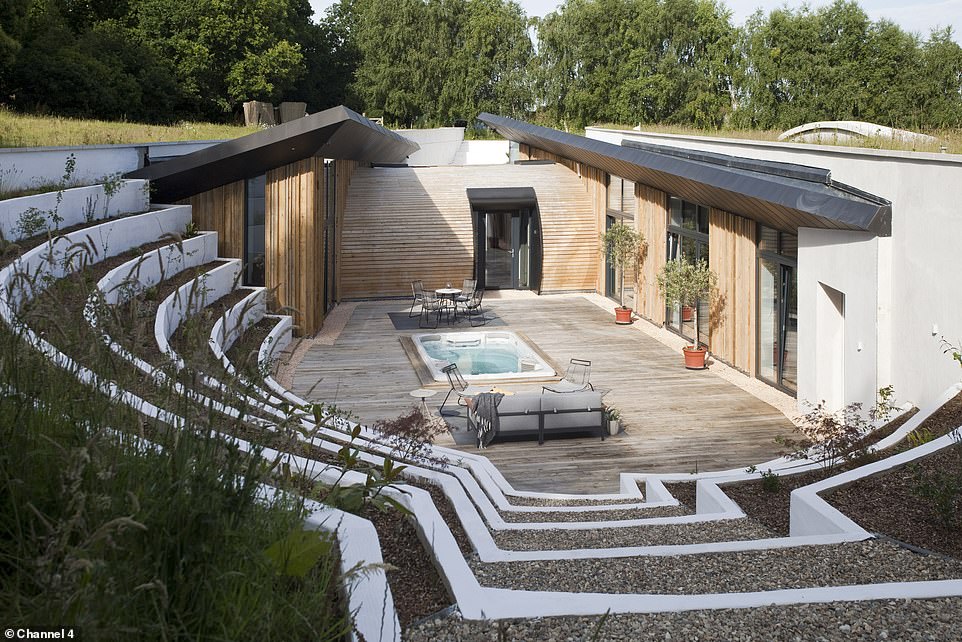 The latest Grand Designs episode focused on Dorran, 47, and his wife’s Vereuschka, 50, one million underground home in Canterbury 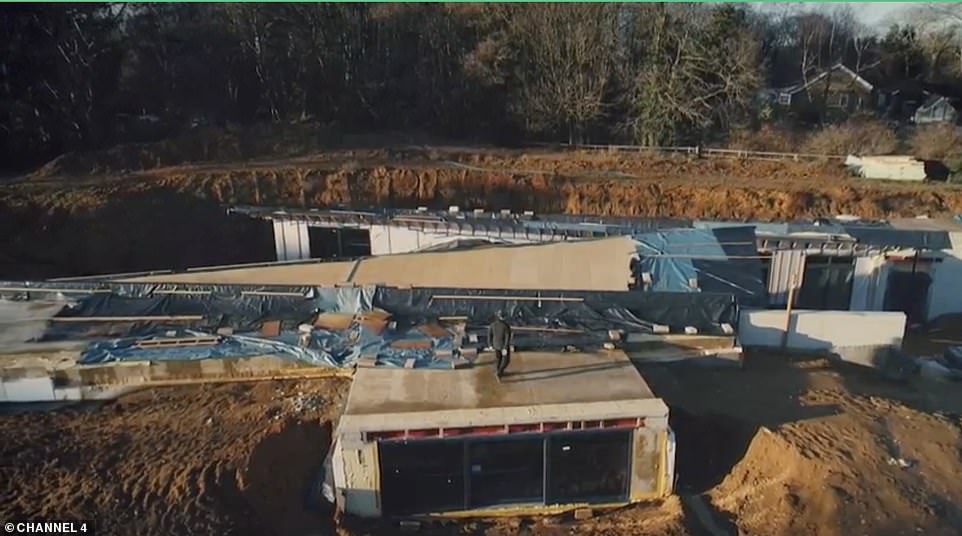 The project hit some turbulence and took five years to complete. Initially entrusting a building team to create their modern vision, delays and rising costs meant that Dorran felt forced to take control of the build (pictured before it was finished) himself 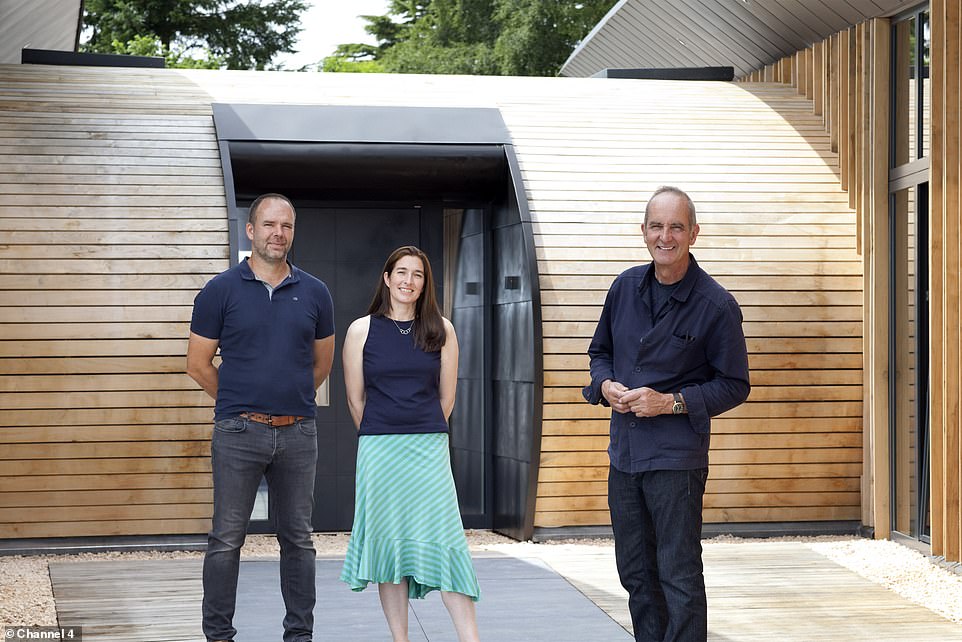 In the episode presenter Kevin McCloud was really pleased with the completed project however viewers were less then impressed (L-R Dorran, Vereuschka and Kevin) 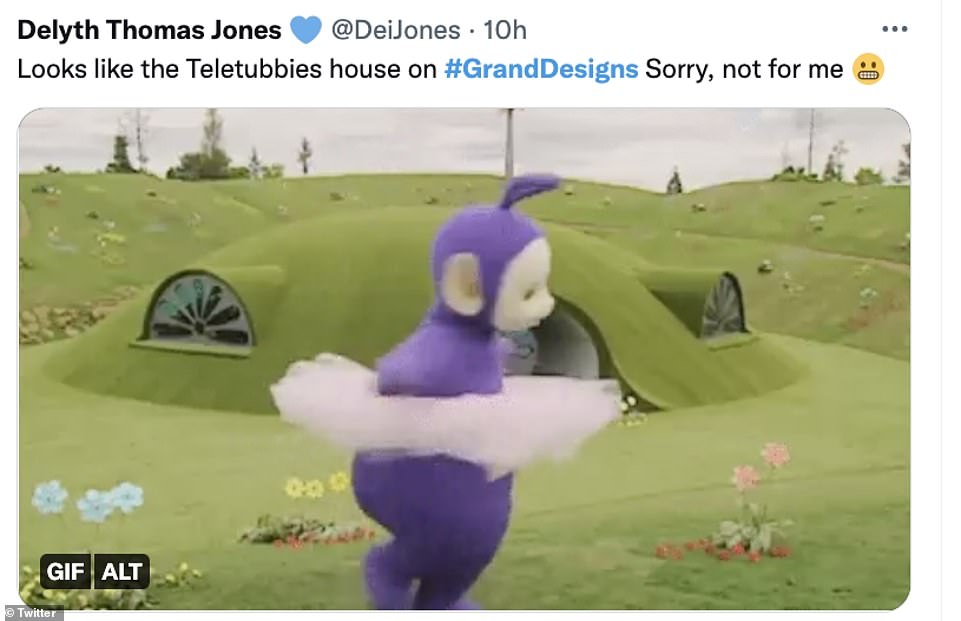 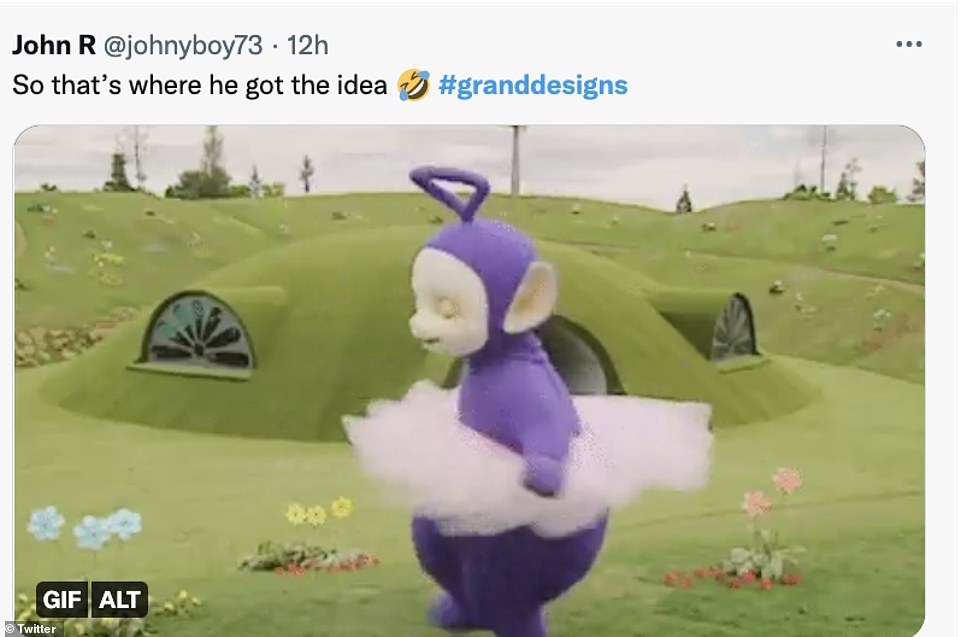 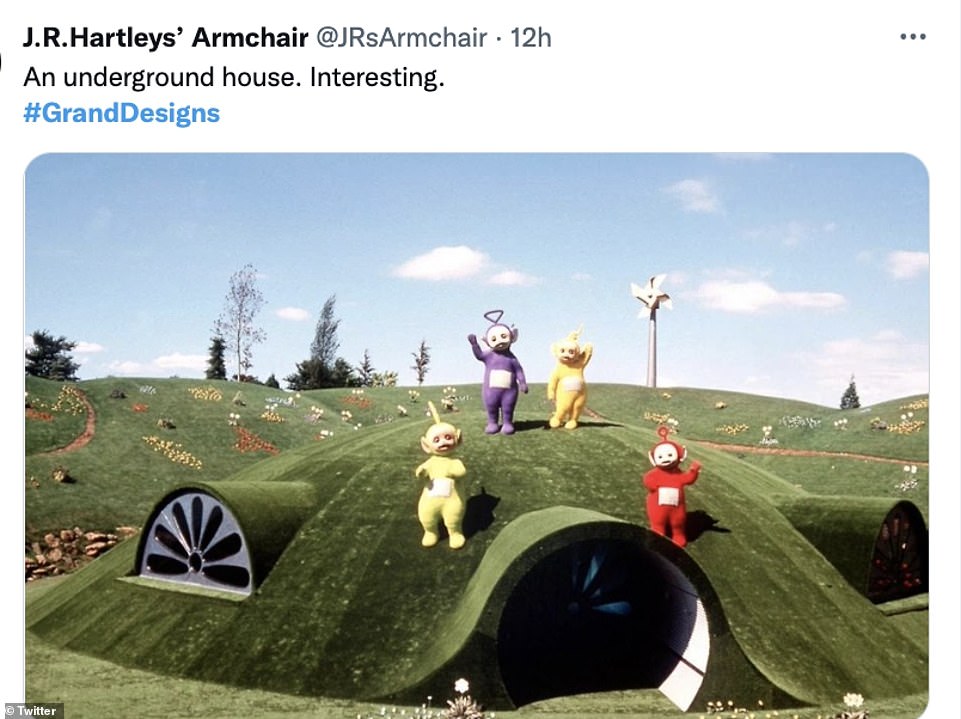 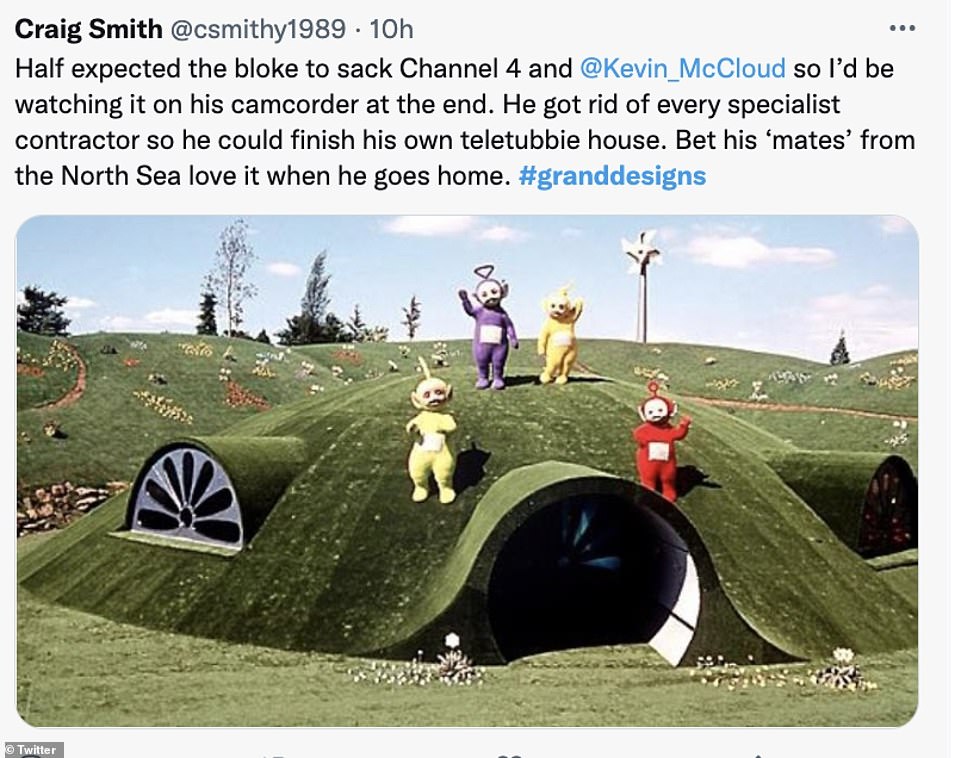 Dorran promised his wife, who works for a pharmaceutical company, and their three young children that he would complete the job himself.

Sharing his time between the North Sea and the site, Dorran embarked on the huge task and started installing internal walls himself.

In the episode Dorran said: ‘Once you get off shore there’s no-one there to help you and anything that happens we have to be able to deal with it ourselves.

‘I am quite happy to be able to take on a certain element of risk and deal with it myself, and it is very challenging, that is definite, but it’s a duty to us to get the job done. 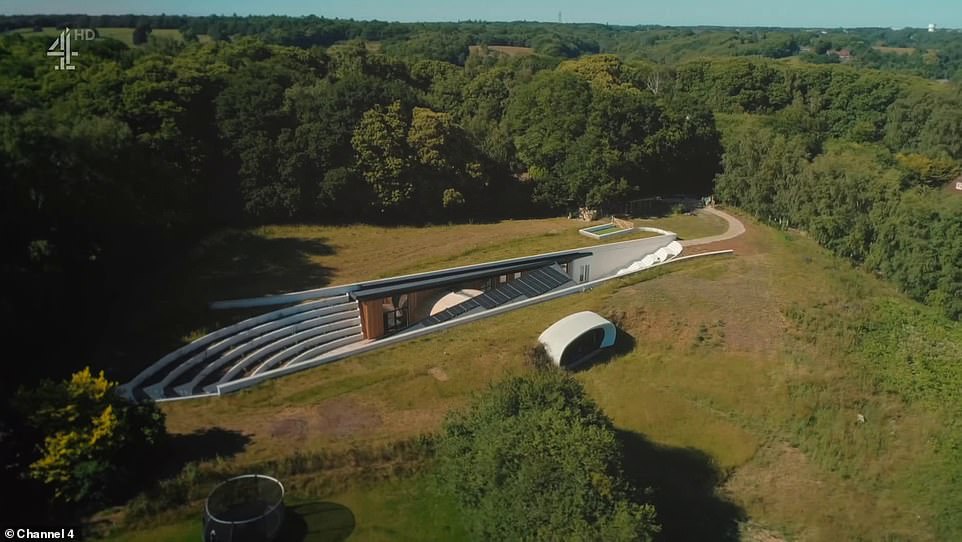 Their aim was to create an underground eco-property so in tune with its surroundings that, once completed, it will be barely visible to passers-by, with the above-ground area restored to heathland habitat 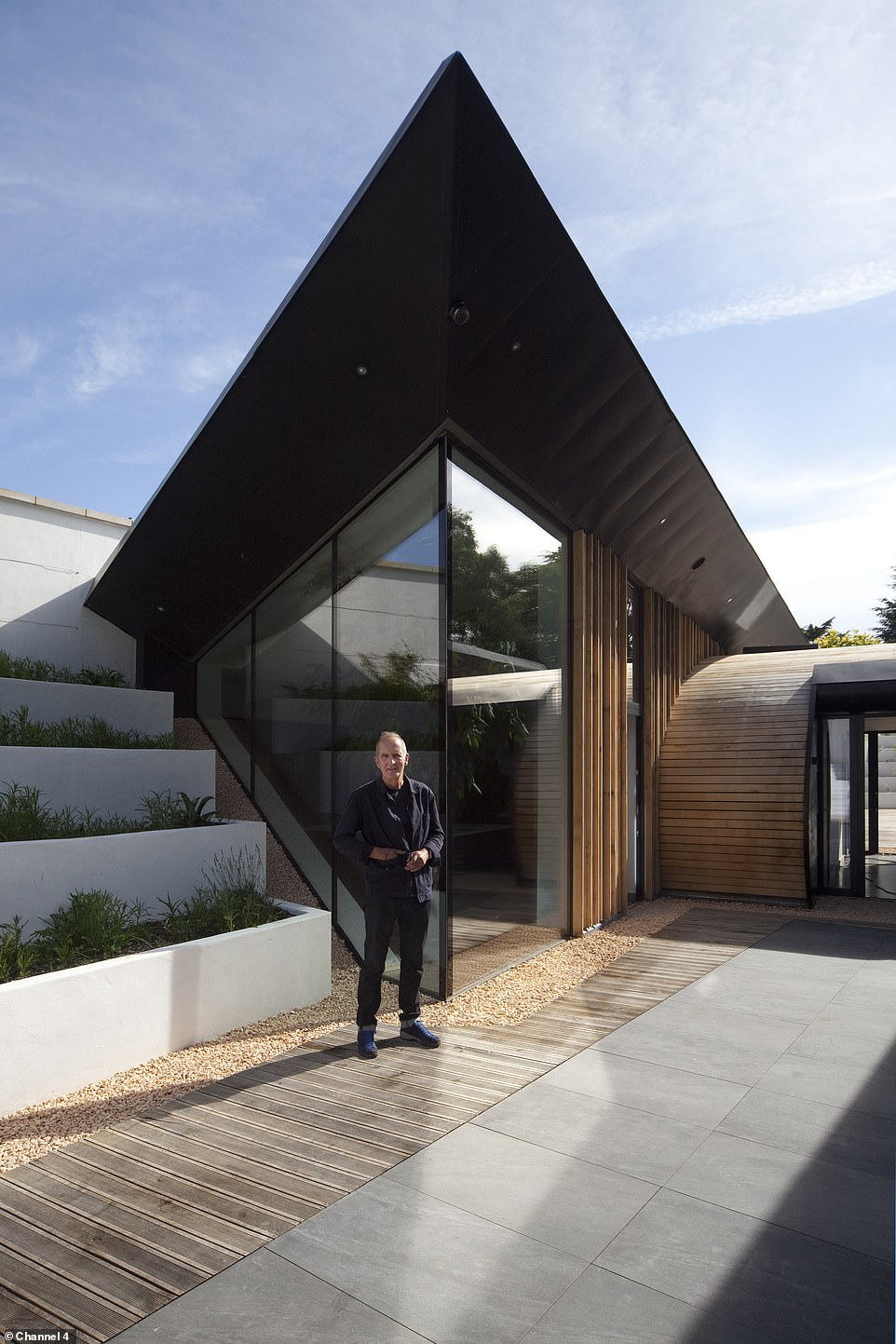 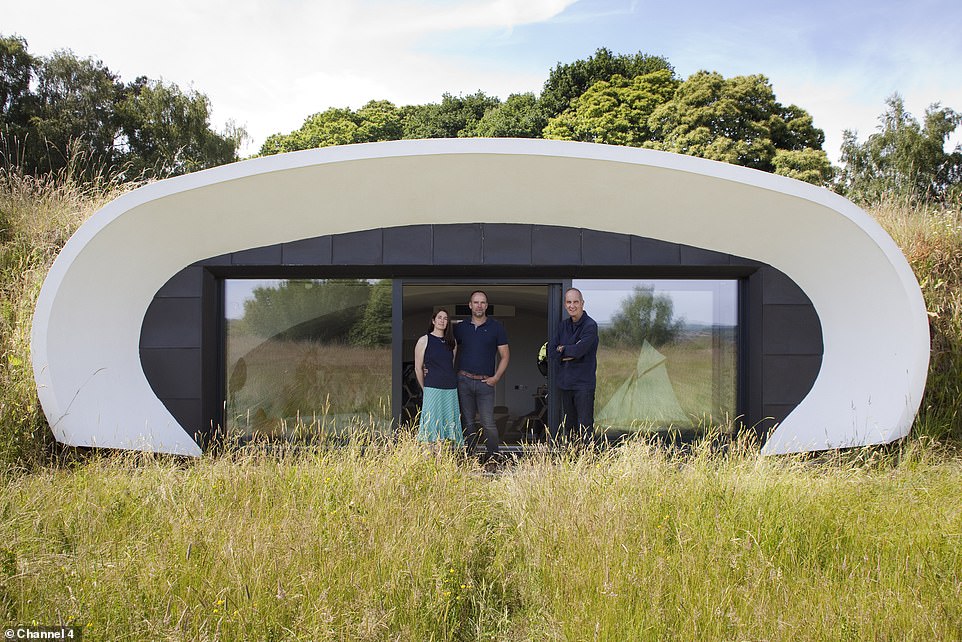 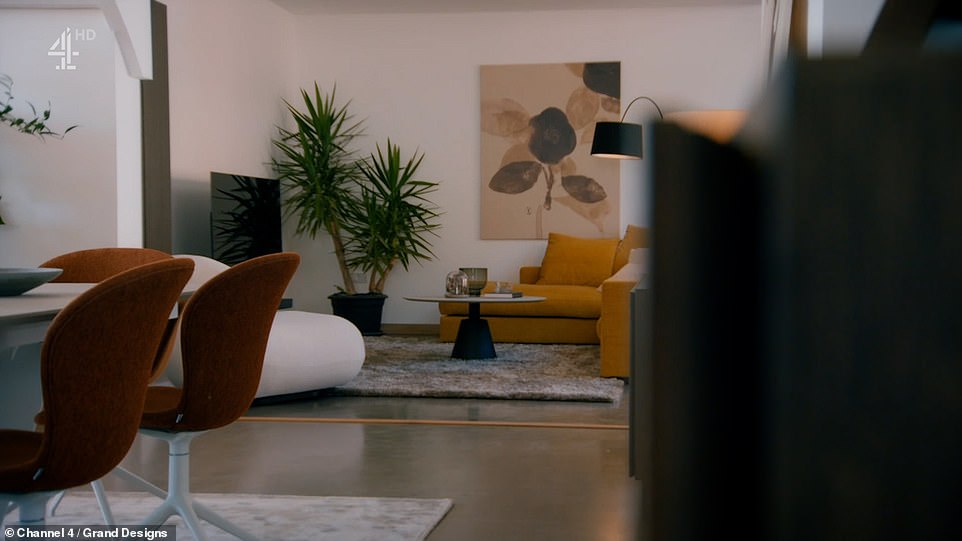 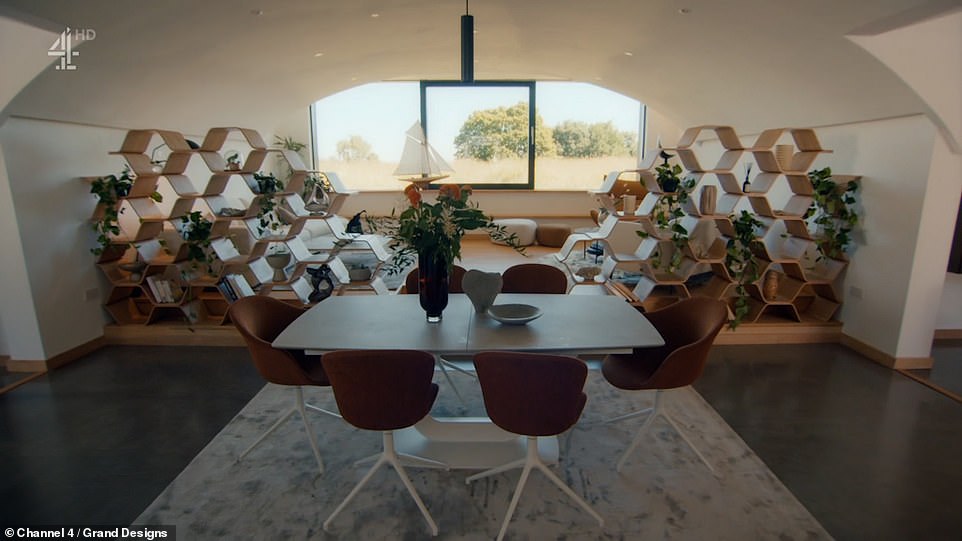 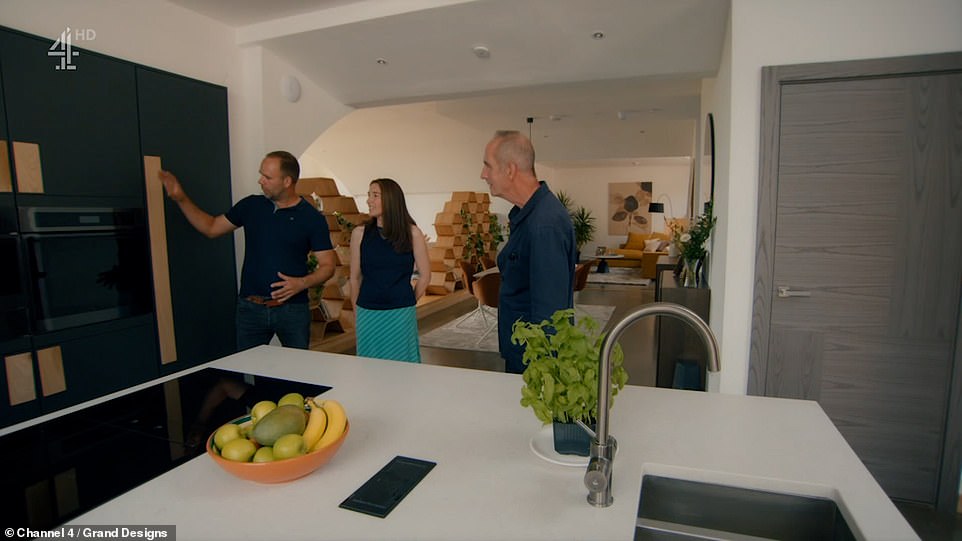 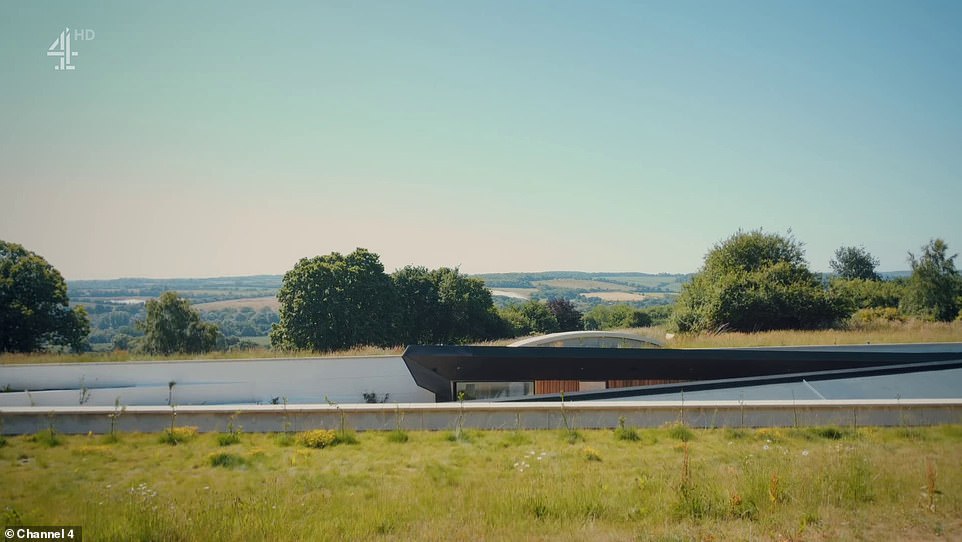 The modern home is flat to the landscape and blends in with the stunning countryside of Kent beautifully, however viewers remarked it looked like the famous Teletubbies home 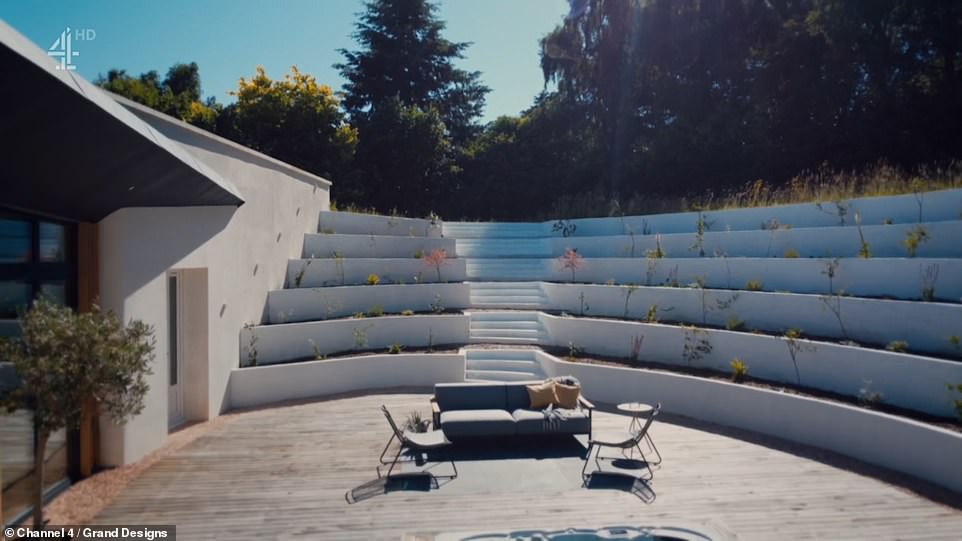 An original schedule of ten months soon became measured in years, as Dorran battled with engineering, earth moving and electrics on a giant scale.

Dorran said: ‘I think what I have found is people build things at the foundation and structural phase with this feeling like “oh it doesn’t matter, that’s close enough, that’s fine.”

‘The thing that interests me is the engineering side, the rest of it isn’t necessity, I think I have always been driven, that’s my character and personality, there’s a certain amount of wanting to get things right.’

Later on in the project, the father-of three revealed he had to quit his job so he could concentrate his efforts on the new home.

The couple also decided not to enlist the help of contractors as they’d rather not take the risk of the build being ‘inaccurate or wrong.’

Dorran said: ‘We decided to invest in ourselves and the ones we can rely on is us, as a team.’ 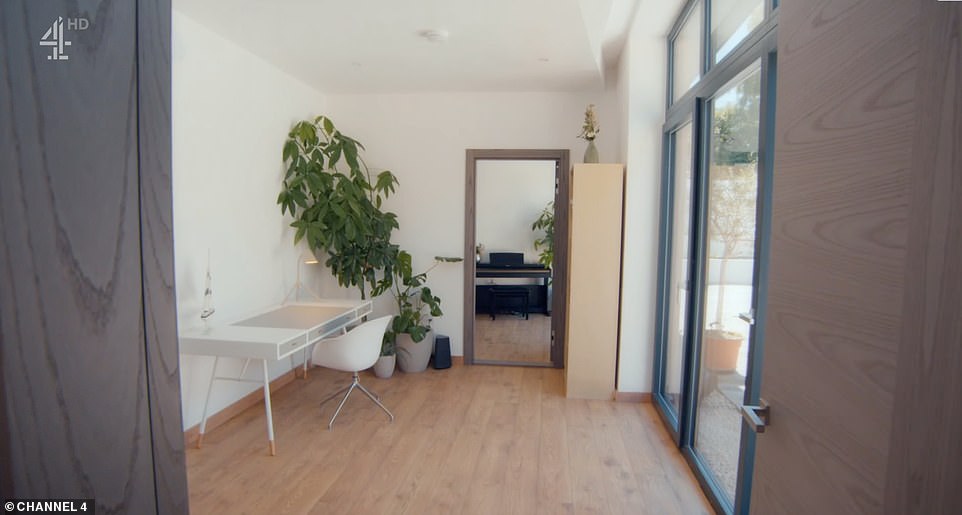 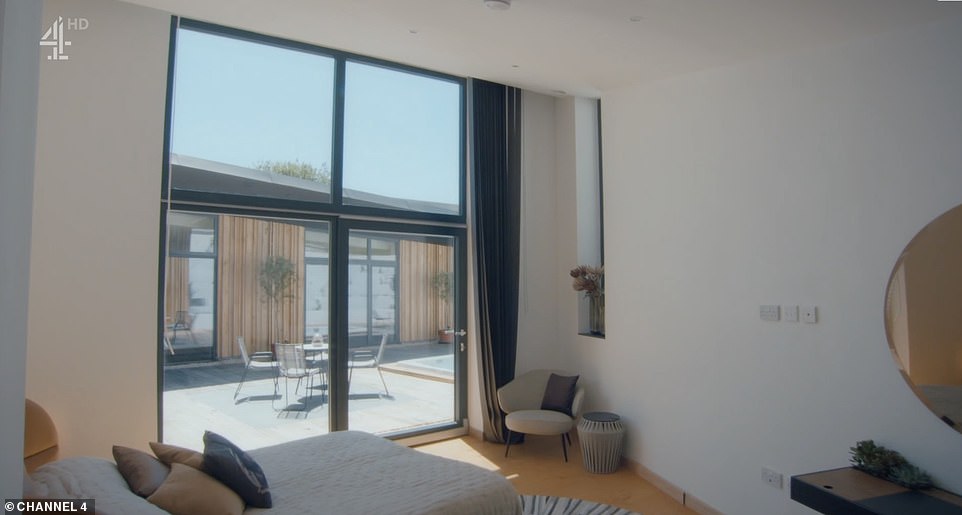 Vereuschka added: ‘Taking on a massive project like this was immense and I have to say, all credit due, he can just pick up anything and turn his hand to it and get it done. This was massive and at times it pushed us to the limits but we have managed to get through it.’

Kevin made the point that the couple are ‘probably used to a level of quality’ that the ‘contraction industry isn’t used to seeing in Britain’ and the couple agreed.

Vereuschka said: ‘When we saw money going out the door and not a lot happening and timelines extrapolating, you tend to get a bit worried.’

Dorran added: ‘We were going to end up spending a lot of money and actually achieving something and if we do achieve it that would be very sub standard and we weren’t going to except that.’

Vereuschka admitted they had spent more than £1million building and perfecting the property but refused to give the total cost. 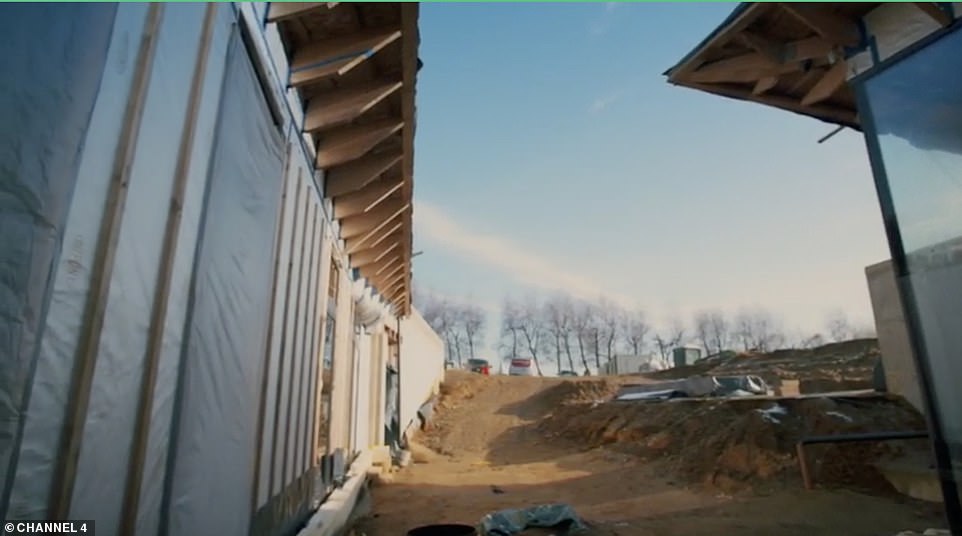 Planners insisted it should be hidden several metres below ground, with one window peeping out over the valley and a subterranean carpark 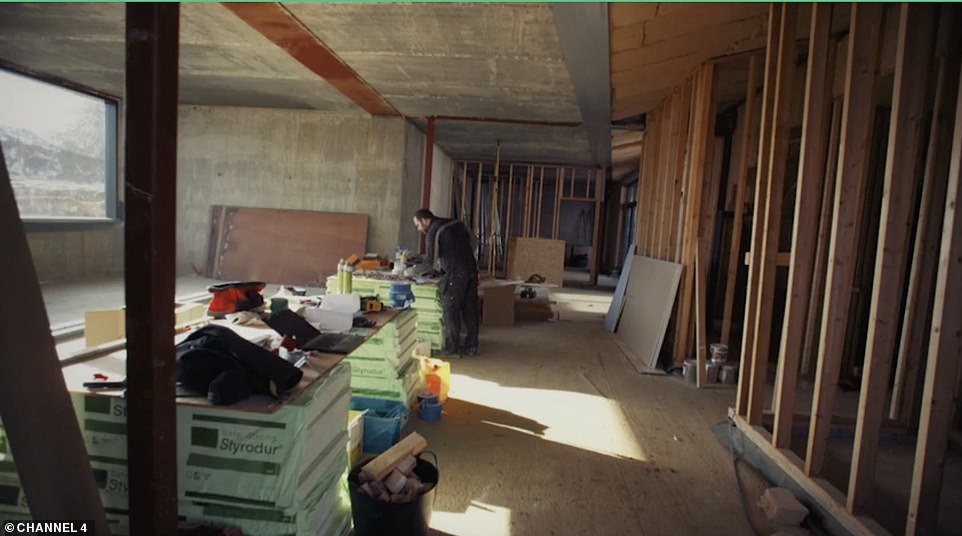 Initially entrusting a building team to create their one million pound underground home, delays and rising costs meant that Dorran felt forced to take control of the build himself – even installing internal walls on his own

She told the presenter: ‘We are over but I haven’t totted up the spreadsheet yet.’

When Kevin pointed out that ‘over’ could mean anything from £1.1million to £1.9million, Dorran insisted: ‘It’s not that much. But we have upgraded and I think we actually got a lot more for our money.’

Their aim was to create an underground eco-property so in tune with its surroundings that, once completed, it would be barely visible to passers-by, with the above-ground area restored to heathland habitat.

Viewers were quick to point out on Twitter that the finished project resembled to the Teletubbies’ famous home.

One viewer wrote: ‘Looks like the Teletubbies house on #GrandDesigns Sorry, not for me.’ Another wrote: ‘An underground house. Interesting.’ next to a picture of the cartoon.

While someone else quipped: ‘So that’s where he got the idea.’ with a Giff of the Teletubbies.