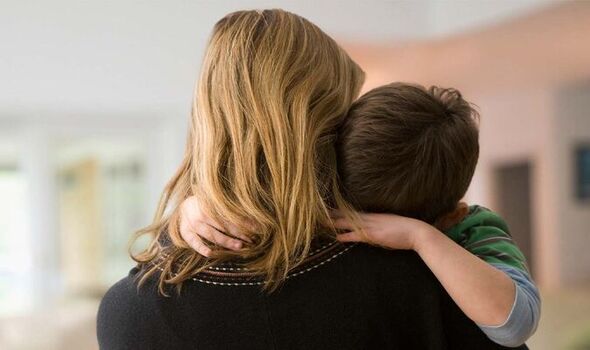 When asked how she is coping with rising costs, mum-of-four Lexi, simply said, “we are not”. Lexie was speaking as part of a frank interview with BBC Radio Wales, that outlined the reality of rising costs, as new figures show that the constant increase is placing a strain on under-pressure families across the UK.

According to WalesOnline, Lexi says she feels guilt “from the moment I open my eyes, until the moment they close”.

Speaking to the Claire Summers show about how she is coping with the school holidays, Lexi said: “We are rationing. The kids are on school holidays, so they are constantly hungry, but there is a lot of food, snack food in particular, that is just not attainable. They are getting three meals a day, they are not nutritious, they are not healthy, but it is filling their bellies for the time being.”

The worried mum said that her food shop has increased from about £80 to £110 a week over the past year, an increase she cannot afford, which is why sacrifices have to be made.

“My hot water and heating are run on oil, so we have the hot water on as and when it is absolutely necessary, and I can’t remember the last time I had the heating on,” she said. “I can’t afford to fill the tank so hot water bottles and lots of layers it is. I haven’t used the car since the children broke up from school. I can’t afford to run the car and feed them, it is just not possible.”

The mum also talked about how she had had to sit the children down and explain why they couldn’t have things their friends do.

“I have had to sit them down and explain because it has been a while since they have been able to go to friend’s birthday parties, or go out and do things with their friends because we don’t have the spare money for it,” she said. “If I didn’t sit them down and explain, they would just think I was ‘mean mum’. They understand to an extent, but the little one is only eight. He understands there is not much money, but he doesn’t understand why that means we can’t go and do things with his friends.

“From the second I open my eyes, until the second I go to sleep, I feel guilt, and then I am pretty sure I dream about it too. It is a vicious cycle and it is getting worse by the week.”

With bills looking set to increase over the winter, Lexi is worried that it is going to be a “very cold” one.

She said: “I have got no choice but to think forward, when the money comes in, and you pay everything out, there is nothing left to save. For half a tank of oil, you are looking at £600, I haven’t got that money, so it is going to be a really cold winter. I am just hoping that the bit of oil that is in there gets us through running just the hot water.

“I don’t have support, because I don’t want people to know how much of a struggle we are in at the moment. You put a smile on and you push through. Would you want someone to know you are struggling to feed your children? When you become a mum it is the kids who are most important. People with the power who are making these decisions, listen to the people with lived experiences. If they don’t listen, they will never get it right.”

Inflation is expected to fall back a little in August; however, according to estimates, it could soar to 13.3% in October when the energy price cap rises again.

The Bank of England thinks this could push the UK into a recession.

Speaking about the rising rate of inflation, Chancellor of the Exchequer Nadhim Zahawi said: “I understand that times are tough, and people are worried about increases in prices that countries around the world are facing.

“Although there are no easy solutions, we are helping where we can through a £37 billion support package, with further payments for those on the lowest incomes, pensioners and the disabled, and £400 off energy bills for everyone in the coming months.

“Getting inflation under control is my top priority, and we are taking action through strong, independent monetary policy, responsible tax and spending decisions, and reforms to boost productivity and growth.”