Hannah Ann Sluss is spilling the tea on how Peter Weber really felt about Hannah Brown.

The Bachelor contestant opened up about the subject during Monday’s episode of the Bachelor Happy Hour podcast with Rachel Lindsay and Becca Kufrin.

According to the podcast, Sluss and Weber got engaged in late November, and he told her he needed to speak to the former Bachelorette in January.

“He told me he needed to talk to Hannah Brown because he needed closure and was trying to convince me that I should feel comfortable with that,” Sluss said. “I’m like, ‘We’re engaged.'”

Sluss also reminded the podcast hosts she wasn’t on the group date when Brown returned and had a heart-to-heart talk with Weber.

“I had not seen that episode of them all cozy, cozy up in a couch, him crying and her possibly coming back into the house. I had no idea, like none!” she said. “And so, when he brought that up, I’m like, ‘Wait, what? I know she came back in the season, but can you explain more?’ And that was kind of when that episode was coming out.”

The Tennessee model said she then questioned why Weber told her she should “feel comfortable with this.”

“This is something that I feel like, ‘You don’t seem like you’re ready for any kind of commitment, let alone an engagement,'” she recalled. “That was the first red flag, and I was questioning my own self because he was trying to convince me that that was something that he needed, and I’m like, ‘I just don’t feel settled with that.'”

Sluss said she and Weber broke up a week later. When Kufrin asked if “Hannah Brown was a code for ‘let me maybe have conversations with other women, a.k.a Madison [Prewett],'” Sluss said she wasn’t sure.

“Probably. I don’t quite know. That was so close to us breaking up. Then, there was that going on, you know, and then there was the whole, ‘Oh, the season’s started, and I have unresolved issues.’ I’m like, ‘What unresolved issues? I mean, I’m by your side; I gave you my word to be by your side.’ His unresolved issues were having to watch back the show. Once again, he completely downplayed it. Completely. When I showed up to the breakup, that was the very first time I had heard him say, ‘I can’t give you my full heart.'”

In fact, Sluss said they had talked that morning and said “we weren’t going to break up” and that “we were going to work through this.” She said she had also asked him for a “heads up” on how he was feeling.

Cameras caught Sluss and Weber’s split, which allegedly took place at the end of that month. Sluss then confronted him about the breakup on After the Final Rose, telling him she felt “blindsided” by him. 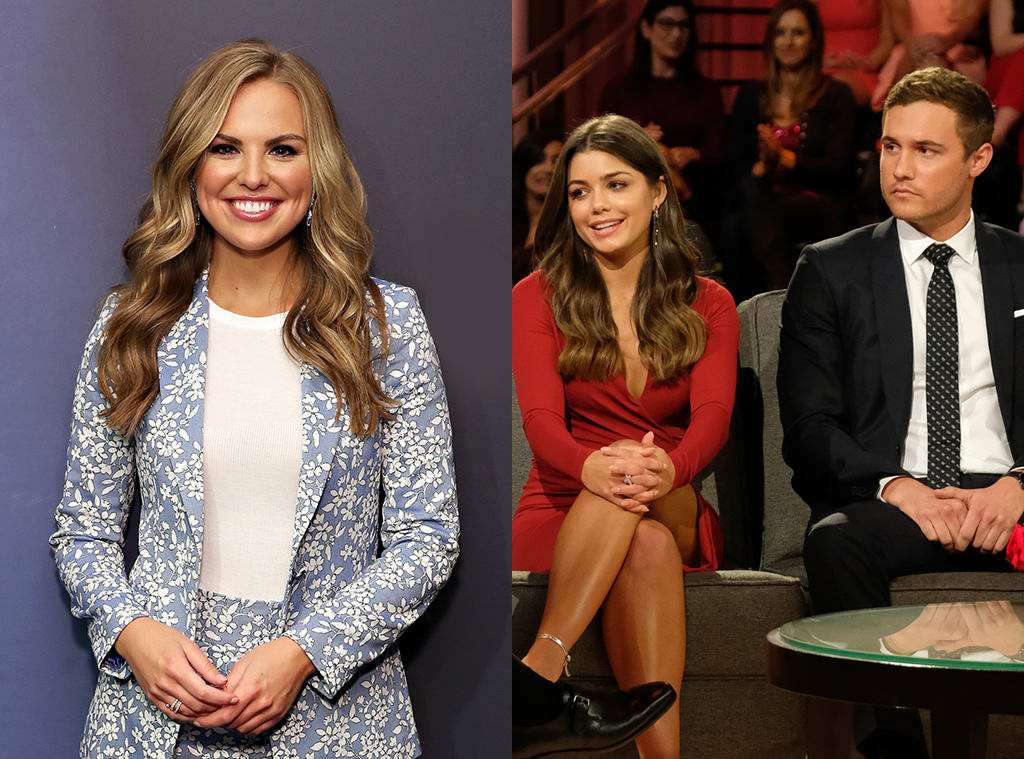 It seems like Brown also watched the finale. On Monday, she tweeted, “Hannah is a great name and roll tide.” She also liked a social media post that included Sluss’ quote: “If you want to be with a woman, you need to become a real man.”

Weber and Prewett professed their love for one another during the finale. Although, his mother, Barbra Weber, didn’t seem too happy about the reunion.

So, where do Weber and Prewett stand?

“I know how we both feel about each other, and you know, I think, like, taking it one step at a time, one day at a time is, like, possibly the smartest way to go with this,” he said during After the Final Rose. “I know that I have, like I said, a lot of healing to do, and I know she does, too. But, again, the way I feel for you, that’s never changed, and I’ve never just lost that. Whatever that means, whatever this turns into, do we have a million and one obstacles, yeah? Is it all uphill? Probably. But…”