The Hannahs are sticking together. Following the very messy breakup between Hannah Ann Sluss and Peter Weber that aired during the Tuesday, March 10, finale of The Bachelor, Peter’s ex Hannah Brown voiced her support for Hannah Ann, 23.

“Hannah is a great name and roll tide. #TheBachelorFinale,” the former Bachelorette, 25, tweeted during the episode.

The former pageant queen made her support clear a second time when she “liked” an Instagram photo that reposted Hannah Ann’s very poignant quote to Peter: “If you want to be with a woman, you need to become a real man.”

After getting engaged in Australia in November, Hannah Ann and the pilot, 28, split at the end of January after he couldn’t give his 100 percent into the relationship. 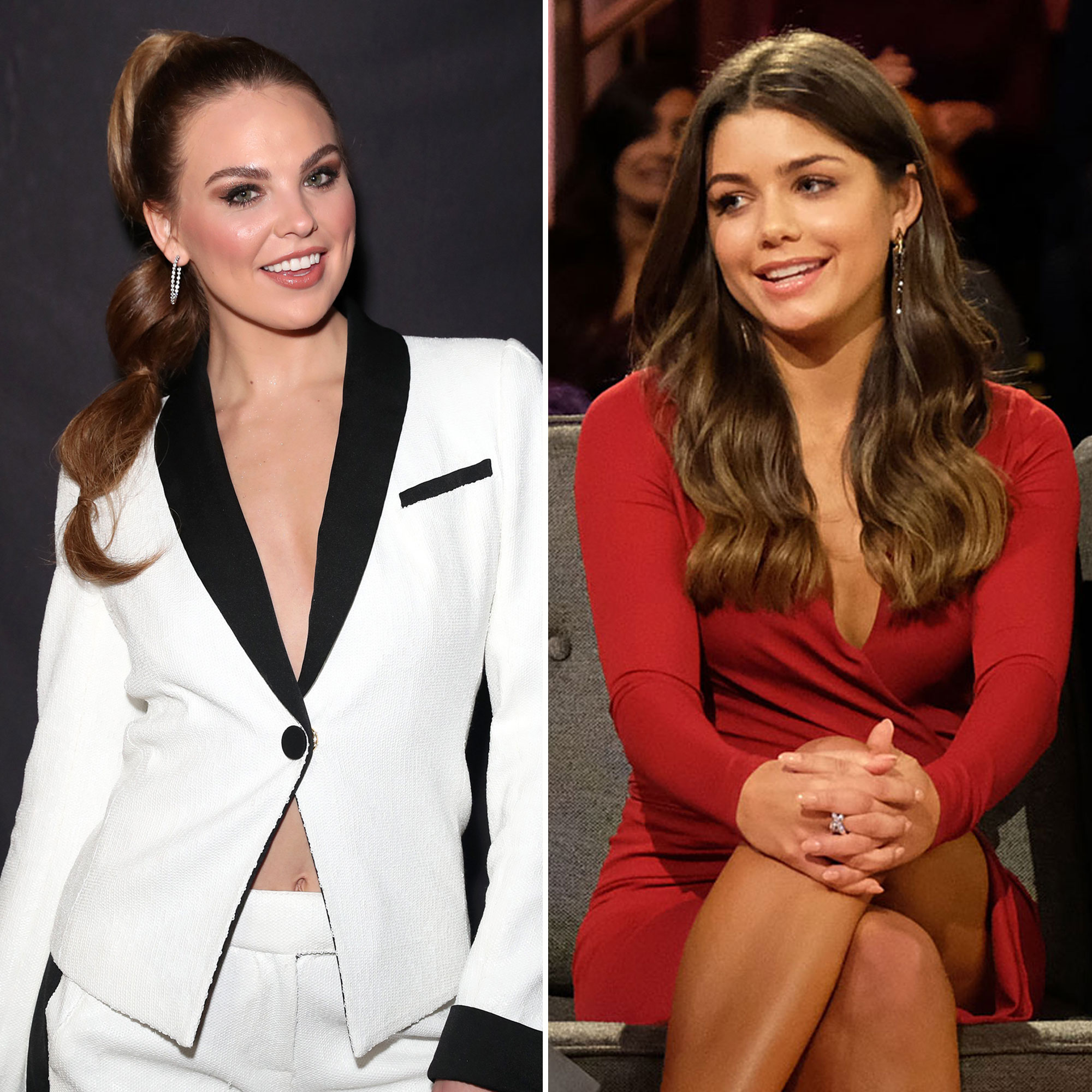 “I should have really picked up on the first red flag that you gave to me was when you wanted to reach out to Hannah Brown to find closure with her,” Hannah Ann said during After the Final Rose. “So really, looking back on it, our engagement involved three women: Me, you still being in love with Madison and proposing to me, and you needing closure with Hannah Brown. That’s three women involved in our engagement that I was completely blindsided to.”

After the finale, Hannah Ann went onto the “Bachelor Happy Hour” podcast and explained that when Peter told her he wanted to reach out to Hannah, she was confused. Brown’s return to the show for a group date — in which she broke down crying to Peter backstage — hadn’t aired yet, either, and he had never mentioned it to her.

“Why should I feel comfortable with this? This is something where you don’t feel like you’re ready for any kind of commitment let alone engagement,” she said on the podcast. “That was the first red flag. I was questioning my own self.”