Must-see TV! Katie Thurston kept fans in the loop as she watched some of her season 17 Bachelorette suitors shoot their shots on the Bachelor in Paradise beach.

“It’s Thomas,” the 30-year-old said in an Instagram Story video during the Tuesday, August 24, episode of the ABC spinoff, cringing and covering her face with her hand. “I feel like I’m watching my season.”

The Washington native, whose search for love as the Bachelorette concluded earlier this month, sent Thomas Jacobs packing in the early weeks of her season after word got around the house that he was only there to get one step closer to becoming the next Bachelor. On Tuesday’s episode of BiP, the 29-year-old’s past drama with costars Tre Cooper, Aaron Clancy and James Bonsall tarnished his arrival.

“He looks good with the facial hair, I’ll give him that,” Katie quipped as she filmed her live reaction. “Aaron and James have found their next victim. … Thomas, watch out.” 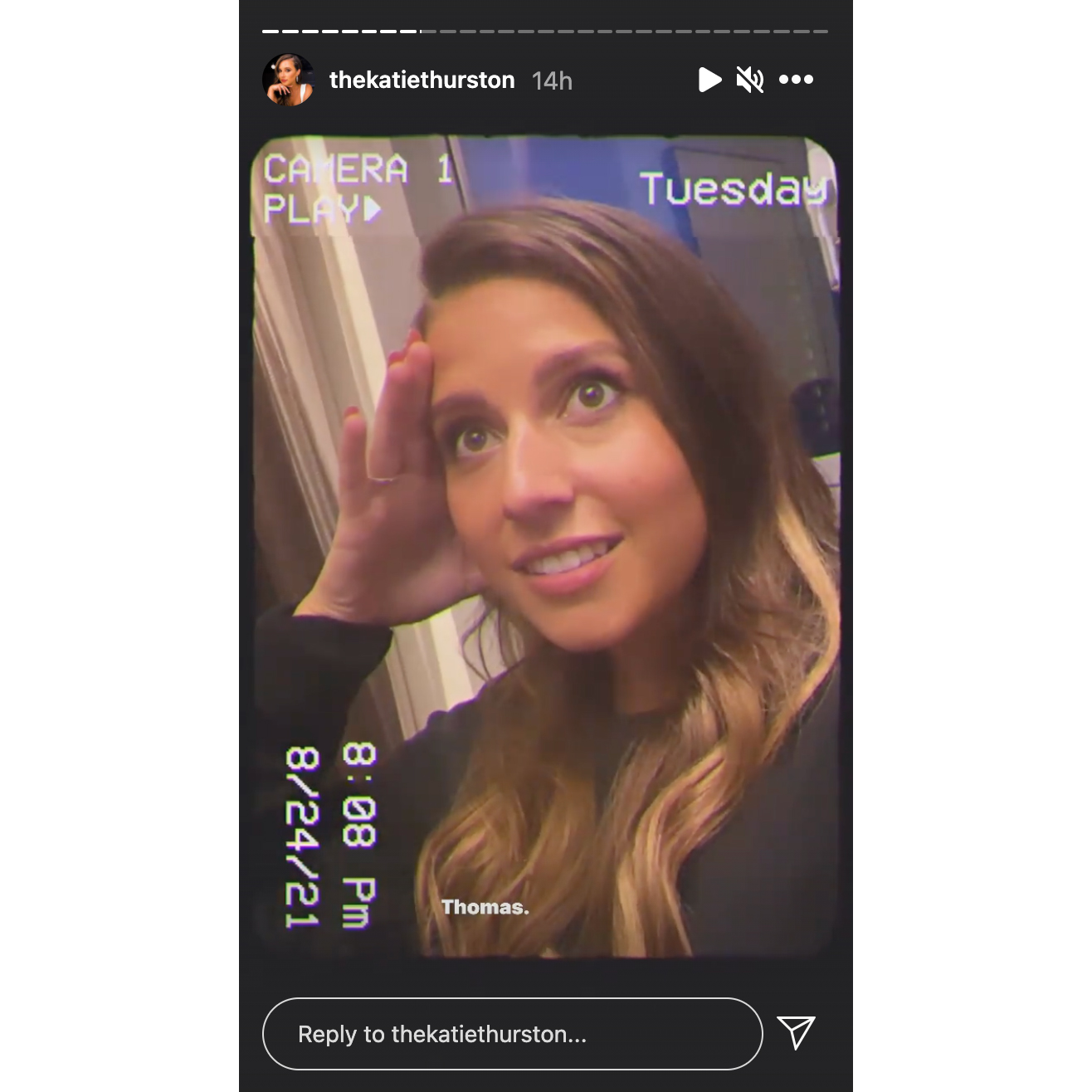 While many of the men on season 7 of BiP weren’t thrilled to see the real estate broker join the group, the women instantly swooned. Tre and Aaron, both 26, warned the cast to be careful around Thomas, who took Serena Pitt on a date shortly after he arrived.

“The girls remind me of, um, the aliens in Toy Story,” Katie teased in an Instagram Story clip. “They’re like, ‘The claw!’ And Thomas is the claw. … In unison, like, they’re obsessed right now.”

As the drama continued to unfold — and as Serena, 23, dumped Thomas to keep exploring her bond with Joe Amabile — Katie told her followers that seeing her former flames flirt with other people on national TV was an unusual experience.

“[I don’t know] what is even happening,” she wrote in another Instagram Story recap. “I’m just in awe that I’ve made out with all these guys. Wait. Not Karl [Smith].”

Earlier this month, fans watched the Bachelor alum get engaged to Blake Moynes, who made a surprise appearance midway through the season and swept Katie off of her feet. When one social media user accused Katie of “still obsessing over [her] exes” on Tuesday, the reality personality didn’t hesitate to fire back. 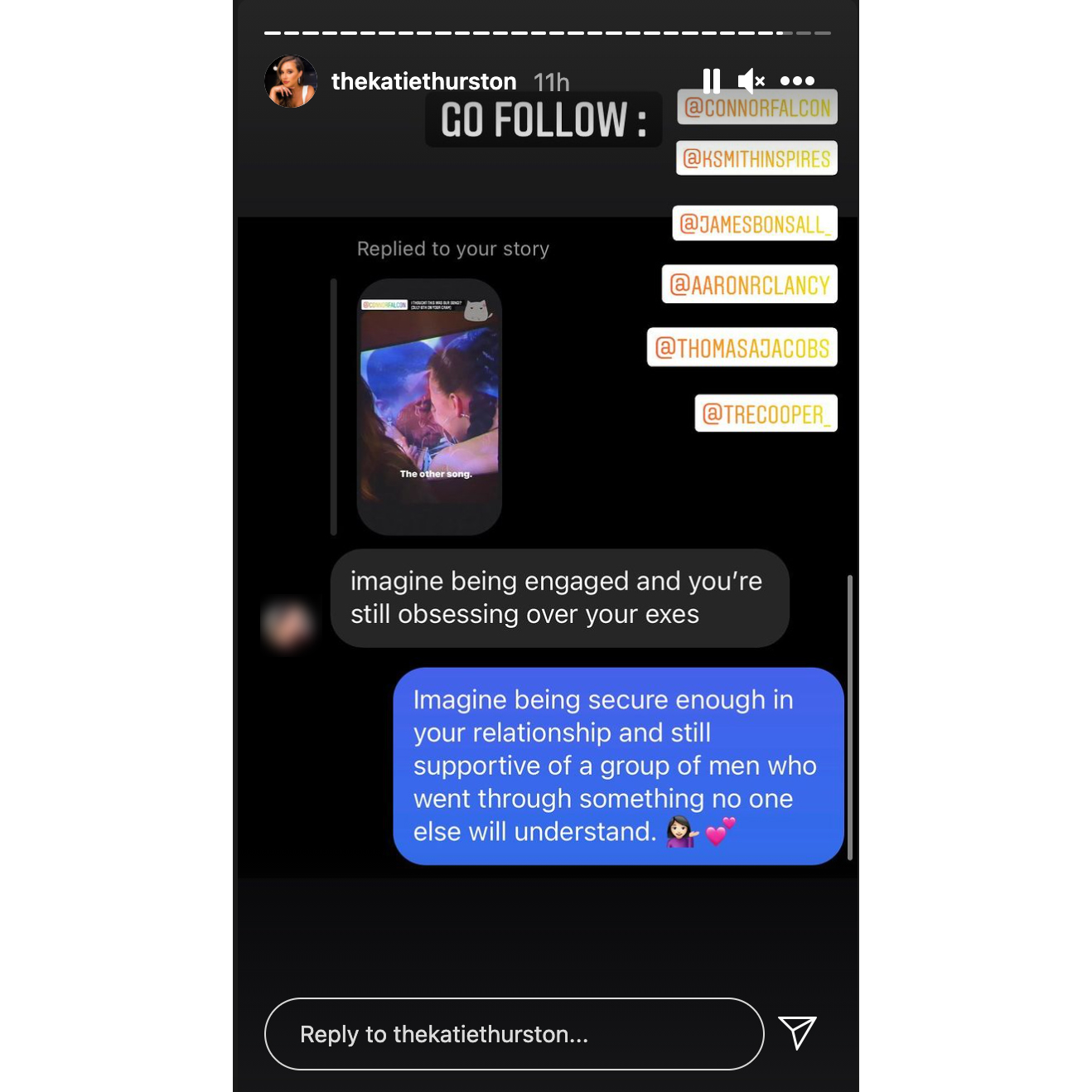 “Imagine being secure enough in your relationship and still supportive of a group of men who went through something no one else will understand 💁🏻‍♀️💕,” she replied.

Katie previously told Us Weekly exclusively that “it doesn’t make sense” to simply forget about the connections she made during her journey, even though she’s happily engaged.

“I was very honest with Blake leading into every single episode and we watched some of them together. … You can be happy and in love in your relationship, but still be upset with how someone treated you in the past and you want to speak on it,” she explained after the finale.

Bachelor in Paradise airs on ABC Mondays and Tuesdays at 8 p.m. ET.