High blood pressure is a difficult condition to spot as it rarely has any noticeable symptoms. But finding out if you have the condition is the first important step as it allows you to make the necessary changes needed including watching what you eat. When it comes to fruit, there is one that comes up tops and has been proven to have a major effect in lowering one’s reading. What is it?

Blueberries, raspberries, and strawberries are easy to incorporate into one’s diet and with the vast array of health benefits, should become a daily necessity.

Numerous studies have shown that those who ate blueberries every day experienced significant improvements in both their systolic and diastolic blood pressure after just eight weeks.

Leading health experts believe it’s the nutrients in blueberries which help to soften blood pressure by increasing the levels of enzymes which help to relax blood vessels.

The top number refers to the amount of pressure in your arteries during the contraction of your heart muscle. This is called systolic pressure.

The bottom number refers to your blood pressure when your heart muscle is between beats. This is called diastolic pressure. 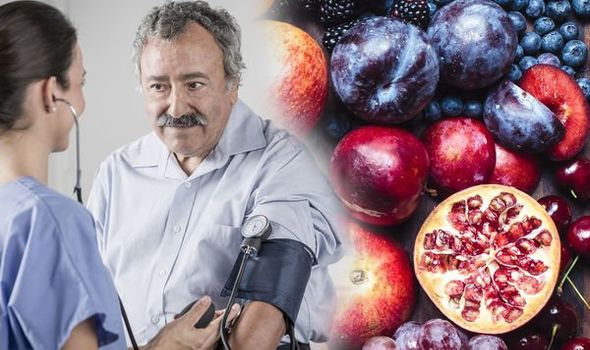 What the study said

A study published in the Journal of Gerontology Series A found that those who consumed 200g of blueberries every day for a month saw major improvements in their blood vessel function.

The results also showed a decrease in their systolic blood pressure.

Researchers from King’s College London studied 40 healthy volunteers for one month and were given either a drink containing blueberries or a matched control drink.

The researchers looked at the participants‘ blood, urine, blood pressure and flow-mediated dilation of their brachial artery which is a measurement of how the artery widens when blood flow increases.

This is a sensitive biomarker of cardiovascular disease risk.

Researchers then compared the effects of the blueberry drink with those of purified anthocyanins, a type of phytochemical responsible for the blue, red, pink, and purple colour of some fruits including berries.

The team also compared this with control drinks which contained either similar levels of fibre, mineral or vitamins found in blueberries.

The results were impressive to say the least with effects on blood vessel function seen after two hours of the blueberry drink and were sustained for one month even after an overnight fast. 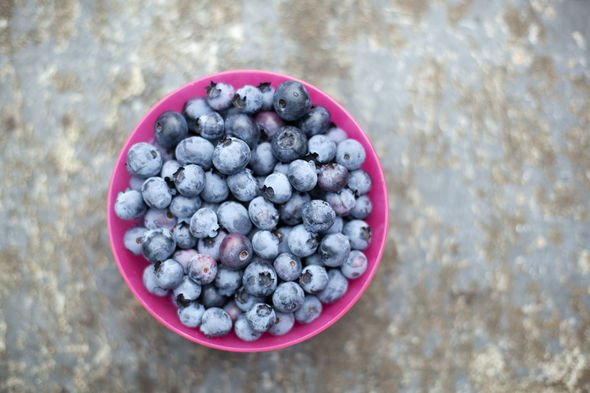 It was also revealed the drinks containing purified anthocyanins led to big improvements in endothelial function.

Endothelial cells act as a barrier between the blood or lymph and the surrounding body tissue which as well as playing a key role in helping with blood clotting also helped regulate blood pressure.

Dr Ana Rodriguez-Mateos, from the department of nutritional sciences at King’s College London and lead researcher of the study said: “If the changes we saw in blood vessel function after eating blueberries every day could be sustained for a person’s whole life, it could reduce their risk of developing cardiovascular disease by up to 20 percent.”

The American Heart Association added: “Get into the habit of reading food labels to help you choose foods more wisely.

“Watch for foods that have saturated fat or stans fat – factors that can raise your cholesterol.

“Eating foods that are high in sodium can increase blood pressure.