The union for teachers at non-government schools is fighting two of Victoria’s top schools, Ballarat Clarendon College and Haileybury, over decisions to stand down staff in response to the COVID-19 pandemic. 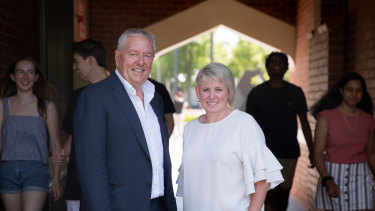 The union has accused both schools of making "premature and unjustifiable" cuts to their workforce in response to financial headwinds, arguing stand-downs should be a "last resort".

The Independent Education Union is to challenge the cost-saving decisions and take the schools to the Fair Work Commission.

A dispute with Ballarat Clarendon College is listed for a Fair Work hearing on Wednesday.

The union said it was also preparing to file a dispute with Fair Work against Haileybury on Tuesday over its decision to stand down dozens of music teachers during the Easter break.

The teachers were informed at a meeting with Haileybury's vice-principal and its head of music – via online video platform Zoom – that the school was standing them down as a cost-cutting measure.

Affected staff were emailed a five-page document that said the school "does not have capacity to continue operating with a fully utilised workforce".

The union's general secretary for the Victoria and Tasmania branch, Deb James, said the union would oppose any unreasonable threat to the employment of its members.

"Like government and Catholic schools, the majority of independent schools are doing the right thing by staff and students, but unfortunately it seems that a handful of high-fee schools are seeking to balance their books at the expense of their most vulnerable employees rather than dipping into their own significant financial buffers,” Ms James said.

"Staff stand-downs should be a matter of last resort, and we do not believe that in these very early days of remote learning implementation, schools can have genuinely considered every avenue for continuing the employment of staff."

The school's year 9 students each live and study at the King Island campus for one term.

Haileybury principal Derek Scott said last week the decision to stand down staff was "a sad and distressing situation". 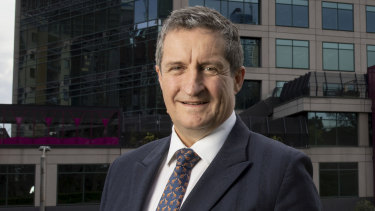 "When the school operations recommence as per normal, once the COVID-19 global pandemic is contained and government shutdowns are lifted, we look forward to welcoming our employees back to the school,” Mr Scott said.