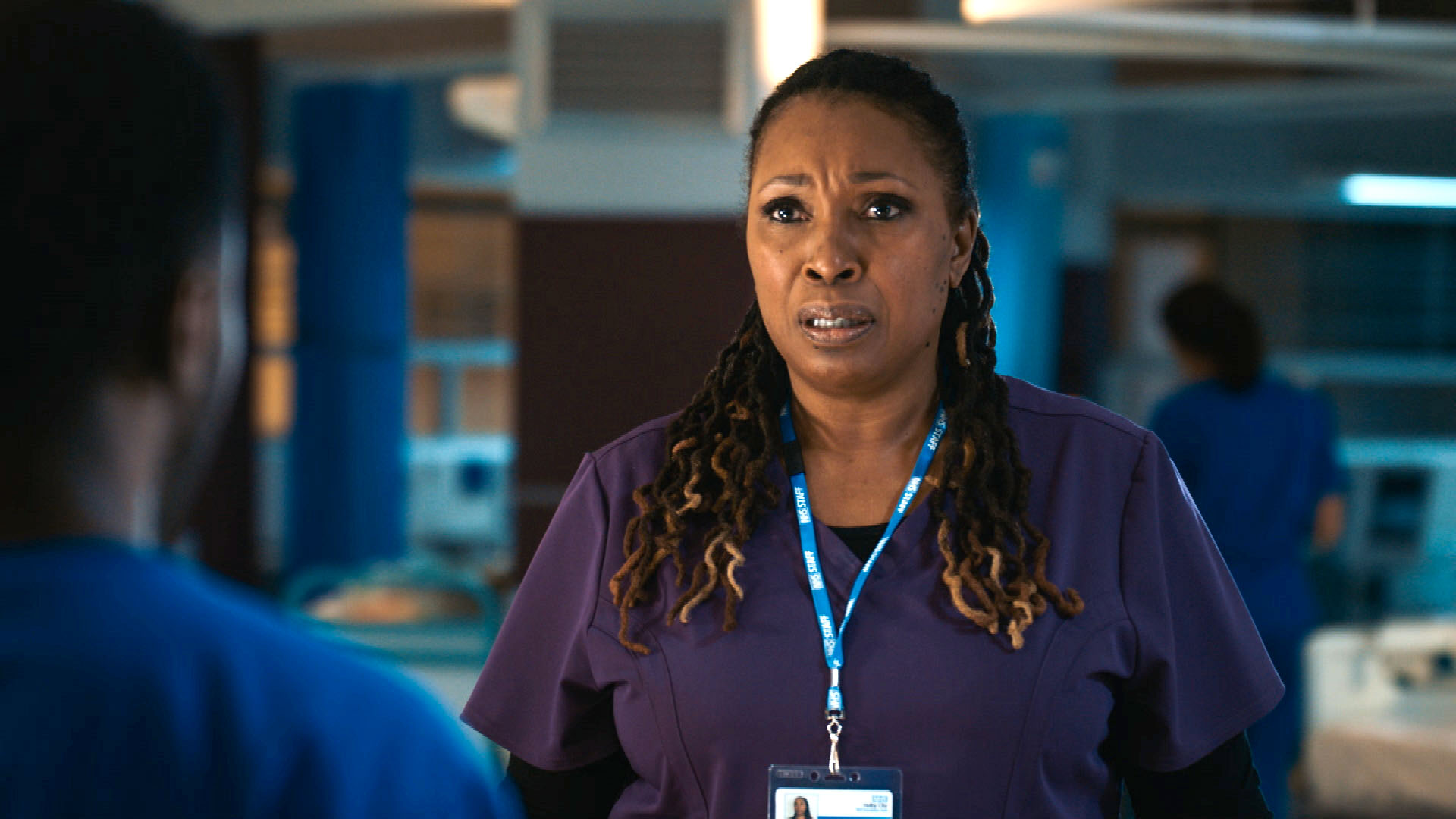 The Holby City cast have been supporting Jo Martin after tweeting about an alleged racist incident.

Jo, who plays Max McGerry in the BBC One medical drama, claimed that the Hakkasan Mayfair in London harasses black people ‘because of the bad behaviour of a black person’.

Last week (June 21), Jo tweeted: @HakkasanMayfair Thanks for ruining Father’s Day. I have been a regular customer for years, I have never had any complaints until now. STOP HARASSING BLACK PEOPLE ON YOUR DOOR BECAUSE OF THE BAD BEHAVIOUR OF A BLACK PERSON OR PERSONS IN YOUR RESTAURANT. IT’S RACIST #profiling’.

Dawn Steele, who plays Ange Goddard, commented: ‘Whattttt???? No!!’ and Amy Lennox, who plays Ange’s daughter Chloe Goddard said: @HakkasanMayfair this is outrageous – how dare you….you have a lot to answer for – there is just no excuse for this’.

@HakkasanMayfair this is outrageous – how dare you â¦.. you have a lot to answer for – there is just no excuse for this ð¡ https://t.co/8KGo0sAzTM

One of Jo’s followers replied and also shared their support, to which Jo responded:

‘Thanks for your support. I felt sorry for the door man, he was just doing what he was told. We met several black people in @HakkasanMayfair on Faither’s Day who had the exact same treatment. Two weeks before some black people had misbehaved #guiltybecauseweareblack so insulting.’

I have written to @HakkasanMayfair but no response, I am not surprised. I will never eat there again. Did you see this @andisn16 https://t.co/SEbfEkj66N

Yesterday (June 28), Jo updated her followers and wrote: ‘I have written to @HakkasanMayfair but no response, I am not surprised. I will never eat there again’.

Metro.co.uk have contacted Hakkasan Mayfair for a comment on the matter.