Five years after it first launched Microsoft has finally hit the milestone it’s been waiting for. The US technology firm has just revealed 1 billion users have now made the jump to Windows 10. Although Microsoft had originally hoped to hit this number within two to three years, this is still huge news for the popular operating system and means it now eclipses the ageing Windows 7 software.

Announcing the news, Yusuf Mehdi, Corporate Vice President, Modern Life, Search & Devices, Microsoft, said: “Today we’re delighted to announce that over one billion people have chosen Windows 10 across 200 countries resulting in more than one billion active Windows 10 devices. “We couldn’t be more grateful to our customers, partners and employees for helping us get here.

“One in every seven people on the planet are planning, creating, ideating, executing, moving, shaking and doing great things with Windows 10.”

One of the main reasons that so many people have made the switch is that Microsoft ended support from Windows 7 back in January meaning it is no longer getting any security updates or patches.

Along with revealing this huge Window 10 news, Microsoft has also teased its one billion fans with a new update that looks set to arrive very soon with the firm boasting that it’s been “designed for a new era.”

The team made this video to celebrate making it to 1 billion MAD on Windows 10 and I wanted to share it with all of you. Now at a time when so much of our work and communication is taking place through our devices, it’s especially humbling to know that Windows can help empower a billion people to stay connected to the things and people they care about #Windows 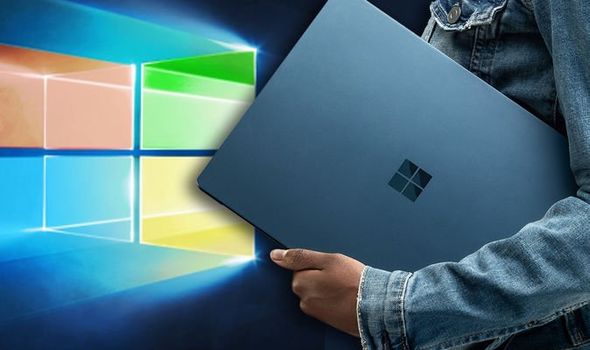 In a video posted on Instagram, the Redmond firm has revealed some big changes to the Start Menu with it appearing that the tiles are set to be replaced by a more simplified look.

Redesigned icons should also make it easier to find applications.

Another upgrade that could arrive are improvements to Microsoft’s Fluid Design system with a more modern look to menus and a new Files app.

There even appears to be an option to change the whole appearance of the cursor with Microsoft saying this update means Windows 10 can be “personalised for you.”

We’re expecting to hear full news about this update during Microsoft’s press conference which is set to place on Monday, March 30.

Express.co.uk will be bringing you all the news live from this online event so watch this space.